How the nanny president sees himself -- and us 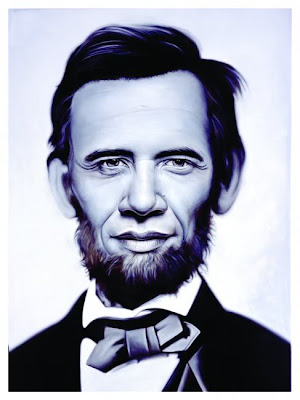 In “Revival: The Struggle for Survival Inside Obama’s White House,” MSNBC analyst Richard Wolffe, a writer sympathetic to the president, reports the prosaic backroom details of the White House struggles from early this year, but occasionally stumbles upon an off-the-cuff revelation that’s much more interesting.

One staffer was conspicuously overweight. The president, in an incident that Wolffe believes proves how caring the man is, took it upon himself to present the aide with a salad for lunch — “then listened to him protest that he could take care of his own health. ‘I love you, man,’ Obama said. ‘I want you to look after yourself. Eat the salad.’ ”

I love you, man. Eat the salad. That is the Obama presidency in a plastic see-through clamshell. (Hold the ranch dressing!) The president loves us. He knows what’s best for us. We should bow to his superior wisdom.

Jimmy Carter obsessed over the White House tennis court schedule. President Obama wants to be your life coach, guidance counselor and spouse, kicking your shins under the dinner table when you order chocolate cake instead of steamed celery.

The president has to deal with transnational terrorism, arms control, unemployment, the deficit, health care and limiting damage from the Joe Biden Gaffe-u-tron. Add in the possibility of North Korea throwing a nuclear tantrum, and it seems unlikely that Obama is going to have time to follow me into Wendy’s. Yet there he is, pushing for all restaurant chains to post calorie counts, as already required in New York. Like much of liberalism, this little nudge isn’t a terrible idea, but it does impose a cost on business with little apparent benefit.

The “eat the salad” command is echoed throughout the book, which finds Obama in emergency mode at all times and always convinced that his combination of charisma, intelligence and moral authority makes him uniquely qualified to solve any problem that has bedeviled humanity for any number of generations. As Obama sees the hapless White House underling — an oaf who has never heard of salad and has been waiting for a visionary to guide him to the land of arugula — he sees the world.

When an earthquake strikes Haiti, Obama demands immediate action: “Make sure we are moving fast and aggressively,” he says. “I don’t want to hear any excuses.” Excuses? Wolffe morosely cites “the inability of the White House, or any government, to ease Haiti’s suffering.”

Never mind, Obama is off to the START negotiations with the Russians, negotiating obscure details himself. He sprints through the process and pronounces the treaty done, delivering on his promise to move to “a nuclear-free world.” Now it seems to have as many structural wobbles as Haiti.

A signature Obama line — economic policy “has less to do with big government or small government than it has to do with smart government” — amounts to proclaiming, “I must be right because I’m brilliant.” Obama evidently feels that his tireless brainwork tidied up the war-peace problem for the ages in his Nobel Prize speech (peace, we learned, is desirable but war is sometimes necessary) and that he wrought a profound new balance on civil liberties by largely retaining Bush anti-terror policies with the major fix being that, this time, he is the one in charge (a position Wolffe ably summarizes as, “In other words, trust me”).

What’s telling is that Obama set up the remark by saying he takes great pleasure in the White House library, and that he stumbled upon the remark in the process of searching out the wisdom of his predecessors. This was not a true statement. In fact Obama later admitted to Wolffe that he had found the quotation while reading one of his own diaries, in which he had mistakenly attributed the Reaganism to Lincoln.

So: In times of worry and strife, Obama looks for comforting inspiration in the sacred, timeless words of . . . Obama!

Presidents are often accused of surrounding themselves with yes-men and retreating from the world. This president doesn’t even need the yes-men. He lives in a hall of mirrors, and he’s awed by the view.