Gabriel Allon is back, much to novelist Daniel Silva's surprise

By David Martindale
Special to the Fort Worth Star-Telegram
http://www.star-telegram.com/
July 16, 2010 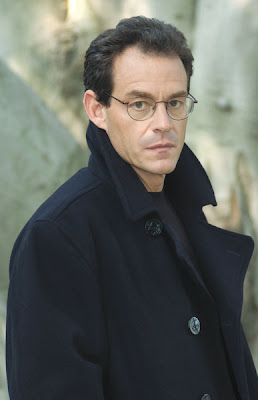 Daniel Silva (pictured at right) has a vivid imagination, but some scenarios even he can't wrap his mind around.

Like when he wrote The Kill Artist, the spy thriller that introduced Israeli assassin and art restorer Gabriel Allon.

"I wrote him as a one-off character and had no idea that it would become a series," says Silva, whose 10th Gabriel Allon book goes on sale Tuesday. "No one is as surprised as I am to find that character at the top of the bestseller list these days."

Today, Gabriel is widely regarded as one of the most compelling characters in contemporary fiction. But Silva initially had doubts.

"Frankly, I thought that there was too much anti-Israelism in the world to have an Israeli character as the star of a book," he says. "I had to be talked into writing about him again. And it wasn't until about the fourth book that I realized this was someone I would be writing many, many books about."

The Rembrandt Affair (Putnam, $26.95) starts out as a rollicking art history chase involving a long-missing Rembrandt masterpiece, then explores the life-lasting trauma of being a Holocaust survivor and eventually takes on the contemporary threat of Iran trying to become a nuclear power.

We chatted last week with Silva, who will be at a Borders in Dallas on Thursday to talk to fans and sign copies.

When you weave real-world issues, such as Iran's efforts to become a nuclear power, into your book, is there a danger of breaking news making it obsolete almost as soon as it's published?

I don't think so. I look carefully at the landscape of an issue. I am quite confident nothing is going to happen between now and the next month that is going to significantly change the story in some way. But it is something to keep in mind when you're thinking about a book. Is the situation too fluid? Might I get overtaken by events? It has just not happened to me.

Would it necessarily hurt your book if it did?

I don't think so. I like to work from a foundation of fact. Something like what I wrote is going on today on a daily basis, in terms of Iran and a state-sponsored nuclear smuggling network, trying to acquire components for its nuclear enterprise, from suppliers around the world. This is a piece of fiction, a piece of entertainment, and it deals with that issue in a larger-than-life way. But it is not terribly far removed from the truth.

Gabriel and his team essentially hijack the villain's cellphone and laptop computer. They read everything on his computer, listen to every call he makes, track his every move because the phone has a GPS system in it. Does your research make you paranoid about this technology?

I carry a cellphone, but under duress. I find it's impossible to live in the modern world without it. I just think we all need to be aware what the wireless age truly means about our personal privacy. In skilled hands, as I show in the book, our phones and our laptop computers can be turned into full-time surveillance devices with incredible powers. I don't think we need to throw them out, but it's necessary to have at least some awareness that there really is no such thing as personal privacy anymore.

Spy novels have evolved since the end of the Cold War, but the genre is still going strong. Would spy novels would be as popular if we lived in a world of peace, love and understanding?

No. I think the genre works best when there are real issues to write about. If we lived in a world without conflict, without suffering, without men of violence willing to slaughter people in the name of an ideology, then I don't think the thriller, as I call it, rather than the spy novel, would work. But that is not the world that we live in, as much as we would like to live in that world. And as long as there are nation states and as long as there are conflicts in the world, there are going to be spies and intelligence officers. I don't think I'll ever run out of things to write about.

A real-life Gabriel probably would have no interest in letting you shadow him. So how do you do your research?

To the best of my knowledge, I have never met the real Gabriel. But I have met people and have very close friends who work in the intelligence business. I don't get to shadow them, but they allow me to pick their brains. If I stray into territory they don't want to address, they tell me right away. It's fascinating work, but I really wouldn't want to do what they do. To live that kind of double life, to compartmentalize one's life in such a way, to be able to move through the world as two or three or four different people, I think it's amazing. 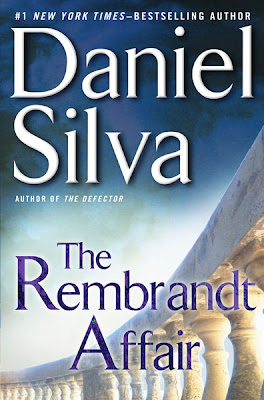 Hello, my name is Alan, and I am a thriller addict.

My habit doesn't drive me to read just everything and anything. The vision of espionage and the execution of the plot in powerful, persuasive prose, such as one finds in the work of John le Carré and Alan Furst, set for me the highest standard. And, fellow addicts, you'll be happy to hear that just about every page of the new Daniel Silva novel, The Rembrandt Affair, meets that standard.

It also meets the thriller's highest standard for reading experience: I read the entire novel on one long airplane ride and into the next day.

A few words about the plot and you'll know why.

In his skein of novels featuring Gabriel Allon, for whom Allon's bosses in Israel's Mossad have the greatest respect and admiration, Silva makes no secret of his own affection. He stands behind the Israelis and cheers them all the way. But this does not make for superficial narrative – quite the opposite. In Allon, Silva has created a credible secret agent with skills that would make James Bond weep.

First of all, Allon has a hobby – art restoration – that sets him apart from most spy heroes. When this novel opens, he has repaired to a hideaway in the distant English realms of Glastonbury along with his beautiful young wife, Chiara, a fellow agent. Allon makes a doughty figure, and he's got "juice" (which in his case means he is a genius at tradecraft, has astonishing intuition, and is also a master of the deadly combat yoga employed by the Mossad).

He has only recently rescued Chiara from the murderous hands of a megalomaniacal Russian oligarch – see Silva's The Defector – and returned to anonymity and the small pleasures of his hooded life.

The murder of an art restorer friend and the theft of the Rembrandt painting the man had been working on soon draws Allon back into investigative mode, and before too long, in a beautiful segue from art to espionage, the focus of the book shifts from art theft to international financial chicanery and crimes intended to cover up the ever-present Nazi madness of Europe's past.

As Allon reports to his old mentor, the retired head of Israeli intelligence, the story is a fascinating one: "the story of a hidden child from Amsterdam, a murderer who had traded lives for property, and a painting stained with the blood of all those who had ever attempted to find it."

And there is a larger narrative, as Allon explains to his team of assembled agents on the verge of executing a plan to take down the international financier whose fortune is soaked with blood. This is "a story of greed, dispossession, and death spanning more than half a century and stretching from Amsterdam to Zurich to Buenos Aires and back to the graceful shores of Lake Geneva. It featured a long-hidden portrait of Rembrandt, a twice-stolen fortune in looted Holocaust assets, and a man known to all the world as Saint Martin who was anything but ... "

The plot Silva makes out of all of these elements is terrifically engaging, and the characters themselves seem real beyond anything you read in the newspapers or see on the cable shows.

It's only a book, I kept telling myself; these are not real people. But I couldn't have been pulled into their story with any more intensity than if I had been reading about horrifying and murderous events in my own family, or yours.

NPR commentator Alan Cheuse is the author of four novels, three collections of short fiction, and the memoir Fall Out of Heaven.

PLAN YOUR LIFE: Daniel Silva will appear 7 p.m. Thursday at Borders, 10720 Preston Road at Royal Lane, Dallas.
Posted by jtf at 5:55 AM