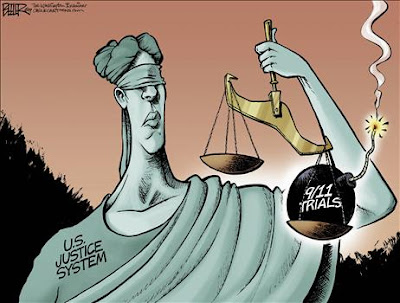 My radio pal Hugh Hewitt said to me on the air the other day that Barack Obama "doesn't know how to be president." It was a low but effective crack, and I didn't pay it much heed. But, after musing on it over the past week or so, it seems to me frighteningly literally true. I don't just mean social lapses like his latest cringe-making bow, this time to Their Imperial Majesties The Emperor and Empress of Japan – though that in itself is deeply weird:
After the world superbower's previous nose-to-toe prostration before the Saudi king, one assumed there'd be someone in the White House to point out tactfully that the citizen-executives of the American republic don't bow to foreign monarchs. Along with his choreographic gaucherie goes his peculiar belief that all of human history is just a bit of colorful back story in the Barack Obama biopic – or as he put it in his video address on the 20th anniversary of the fall of the Berlin Wall:

Tear down that wall ...so they can get a better look at me!!! Is there no-one in the White House grown-up enough to say, "Er, Mr. President, that's really the kind of line you get someone else to say about you"? And maybe somebody could have pointed out that Nov. 9, 1989, isn't about him but about millions of nobodies whose names are unknown, who lead dreary lives doing unglamorous jobs and going home to drab accommodations, but who, at a critical moment in history, decided they were no longer going to live in a prison state. They're no big deal, they're never going to land a photoshoot for Vanity Fair. But it's their day, not yours. It's not the narcissism, so much as the crassly parochial nature of it.

Some years ago, when Ellen DeGeneres came out as a lesbian and ensuing episodes of her sitcom grew somewhat overly preoccupied with the subject, Elton John remarked: "OK, we know you're gay. Now try being funny." I wonder if Sir Elton might be prevailed upon to try a similar pitch at the next all-star White House gala: OK, we know you're black. Now try being president. But a few days later, Obama dropped in on U.S. troops at Osan Air Base in South Korea for the latest episode of The Barack Obama Show (With Full Supporting Chorus). "You guys make a pretty good photo op," he told them.

Hmm. Do I detect a belated rationale for the Afghan campaign?

Probably not. The above are mostly offenses against good taste, but they are, cumulatively, revealing. And they help explain why, whenever the president's not talking about himself, he sounds like he's wandered vaguely off-message. The other day, for example, he told Fox News that "if we keep on adding to the debt ... people could lose confidence in the U.S. economy in a way that could actually lead to a double-dip recession."

That's a great line – but not from a guy who plans to "keep on adding to the debt" as a conscious strategy. This is the president who made "trillion" the new default unit of federal budgeting, and whose irresponsibility is prompting key players around the world to consider seriously whether it's time to ditch the dollar's role as global reserve currency. But Obama's much-vaunted "bipartisanship," to which so many "moderate" conservatives were partial a year ago, seems to have dwindled down to an impressive ability to take one side of an issue in his rhetoric and another in his actions.

Which brings us to Khalid Sheikh Mohammed, the mastermind of 9/11. He'd been brought before a military commission, and last December indicated he was ready to plead guilty and itching for the express lane to the 72 virgins.

But that wasn't good enough for Obama, who, in essence, declined to accept KSM's confession and decided to put him on trial in a New York courthouse. Why? To show "the world" – i.e., European op-ed pages and faculty lounges – that America would fight terror in a way "consistent with our values," and apparently that means turning KSM into O.J. and loosing his dream team on the civilian justice system. But, having buttered up Le Monde and the BBC and many of his own Lefties by announcing that Mohammed would get a fair trial, Obama then assured NBC that he'd be convicted and was gonna fry.

So it's like a fair trial consistent with "our values," except for the one about presumption of innocence? If the head of state declaring you guilty and demanding the death penalty doesn't taint the jury pool, it's hard to see what would. The KSM circus is not, technically, a "show trial": He could well be acquitted. But, even if he is, he's unlikely to be strolling out a free man like Frank Sinatra beating the rap in "Robin And The Seven Hoods" and standing on the courthouse steps to sing "My Kind Of Town (Manhattan Is)" – although I wouldn't entirely rule it out: In a world in which the self-confessed perpetrator of the bloodiest act of war on the American mainland in two centuries is entitled to a civilian trial, all things are possible. The other day, Attorney General Eric Holder promised us that it would be "the trial of the century" – and he said it like it's a good thing.
Why would you do that?

So how's it playing with its intended audience? Alas, the world moves on. Not being George W. Bush may be enough to impress the 2009 Nobush Peace Prize committee in Oslo, but it's old news everywhere else. America's enemies have figured out that the Superbower is their best opportunity since their Seventies, and for America's friends the short version of the hopeychangey era to date is last week's cover story at the London Spectator showing an empty suit in the Oval Office over the headline "The Worst Kind Of Ally."

Hang on, wasn't that title retired with Bush? Well, no. Apparently, he routinely called up prime ministers hither and yon and kept them in the picture and up to speed. Obama doesn't have time for any of that: When he stiffed Poland on missile defense, he got Hillary to phone it in. The Poles, bless 'em, declined to take her call. In Delhi, meanwhile, they're horrified by Obama's performance in China. America's enemies smell weakness, and our allies feel only the vacuum of U.S. leadership. About himself, the president speaks loudly. For America, he carries a small twig.