When a right-wing Christian vigilante kills, millions of fingers pull the trigger. When a left-wing Muslim vigilante kills, he kills alone. These are the instantly ossifying narratives in the Sunday shooting death of late-term abortion provider George Tiller of Kansas versus the Monday shootings of two Arkansas military recruiters. 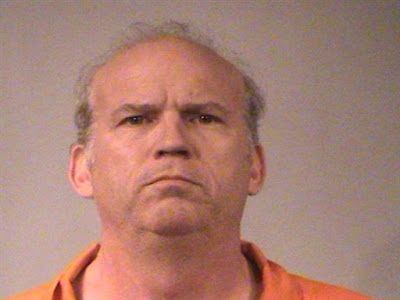 This undated booking photo released Tuesday, June 2, 2009 by the Sedgwick County Jail shows Scott Roeder, 51, who made his first court appearance Tuesday in Sedgwick County District Court in Wichita, Kan. Roeder was charged Tuesday with first-degree murder in the death of late-term abortion provider Dr. George Tiller, asking the judge by video when he would see his court-appointed lawyer.
(AP Photo/Sedgwick County Jail)

Both crimes are despicable, cowardly acts of domestic terrorism. But the disparate treatment of the two brutal cases by both the White House and the media is striking.

President Obama issued a statement condemning "heinous acts of violence" within hours of Tiller's death. The Justice Department issued its own statement and sent federal marshals to protect abortion clinics. News anchors and headline writers abandoned all qualms about labeling the gunman a terrorist. An almost gleeful excess of mainstream commentary poured forth on the climate of hate and fear created by conservative talk radio, blogs and Fox News in reporting Tiller's activities.

By contrast, Obama was silent about the military recruiter attacks that left 24-year-old Pvt. William Long dead and 18-year-old Pvt. Quinton Ezeagwula gravely wounded. On Tuesday afternoon—more than 24 hours after the attack on the military recruitment center in Little Rock, Ark.—Obama held a press conference to announce his pick for Army secretary. It would have been exactly the right moment to express condolences for the families of the targeted Army recruiters and to condemn heinous acts of violence against our troops.

But Obama said nothing. The Justice Department was mum. And so were the legions of finger-pointing pundits happily convicting the pro-life movement and every right-leaning writer on the planet of contributing to the murder of Tiller. Obama's omission, it should be noted, comes just a few weeks after he failed to mention the Bronx jihadi plot to bomb synagogues and a National Guard airbase during his speech on homeland security.

Why the silence? Politically and religiously motivated violence, it seems, is only worth lamenting when it demonizes opponents. Which also helps explain why the phrase "lone shooter" is ubiquitous in media coverage of jihadi shooters gone wild—think convicted "Jeep Jihadist" Mohammed Taheri-Azar at the University of North Carolina-Chapel Hill or Israel-bashing gunman Naveed Haq, who targeted a Seattle Jewish charity or Los Angeles International Airport shooter Hesham Hedayet, who opened fire at the El Al Israeli airline ticket counter—but not in cases involving rare acts of anti-abortion violence. 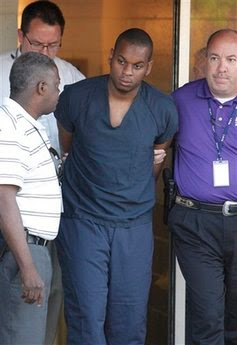 Abdulhakim Mujahid Muhammad, 23, is escorted from the Little Rock police headquarters Monday, June 1, 2009 in Little Rock, Ark. Muhammad killed a soldier just out of basic training and wounded another Monday in a targeted attack on a military recruiting center, police said. The shootings were not believed to be part of a broader scheme.
(AP Photo/Brian Chilson)

Even Jeffrey Goldberg of the left-leaning Atlantic magazine noticed the double standards. He called attention to a National Public Radio report on the military recruiter attack that failed to mention the religion and anti-military animus of the suspect. Wrote Goldberg:

"Why not tell people what is actually happening in the world? We saw this a couple of weeks ago, when the press only gingerly acknowledged that the malevolent though incompetent suspects in the synagogue bombing-conspiracy case in New York were converts to Islam. How is the public served by this kind of silence? The extremist Christian beliefs of George Tiller's alleged murderer are certainly relevant to that case, and no one in my profession is hesitant to discuss them. Why the hesitancy to talk about the motivations of the man who allegedly killed Pvt. William Long?"

The truth is that the "climate of hate" doesn't have just one hemisphere. But you won't hear the Council on American-Islamic Relations acknowledging the national security risks of jihadi infiltrators who despise our military and have plotted against our troops from within the ranks—including convicted fragging killer Hasan Akbar and terror plotters Ali Mohamed, Jeffrey Battle and Semi Osman.

You won't hear about the escalating war on military recruitment centers on the op-ed pages of The New York Times—from vandalism to obstruction to Molotov cocktail attacks on campus stations across the country; to the shutdown of a Pittsburgh military recruitment office by zealots holding signs that read "Recruiters are Child Predators"; to the prolonged harassment campaign against the Marine recruiting center in Berkeley, where Code Pink protesters called America soldiers assassins; to the bomb blast at the Times Square recruiting center last March.

And you'll certainly hear little about the most recent left-wing calls to violence by a Playboy magazine writer who published a vulgar list of conservative female writers and commentators he said he'd like to rape (the obscene slang word he used is not printable). The list was hyped by the magazine's publicity team and light-heartedly promoted by mainstream publications such as Politico.com (founded by Washington Post reporters).

Is it too much to ask the media cartographers in charge of mapping the "climate of hate" to do their jobs with both eyes open?