The Jihadi Virus in Our Jails

President Obama's speech on homeland security was 6,072 words long. Curiously, he chose not to spare an "a," "and" or "uh" on the New York City terror bust that dominated headlines the morning of his Thursday address. Did the teleprompter run out of room? 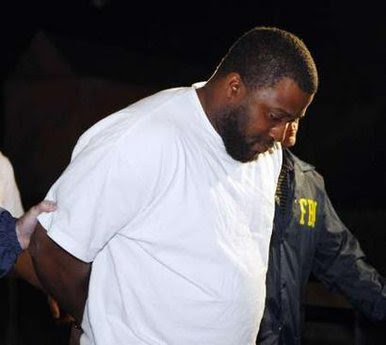 Onta Williams, one of four suspects, is walked out of the FBI offices after being taken into custody in New York May 21, 2009. Four men were arrested on Wednesday in a suspected plot to bomb a synagogue and Jewish community center in New York City and to shoot at military planes with stinger missiles, law enforcement officials said.
REUTERS/Chip East

After a yearlong investigation launched by the Bush administration, the feds cracked down on a ring of murder-minded black Muslim jailhouse converts preparing to bomb two Bronx synagogues and "eager to bring death to Jews." They also planned to attack a New York National Guard air base in Newburgh, N.Y., where the suspects lived and worshiped at a local mosque.

Not one word from the president on the jihadists' intended victims, motives or means.

No comfort for the reported targets in the Big Apple, still raw from the Scare Force One rattling that so vainly and recklessly simulated 9/11.

No condemnation for the accused plotters.

Why? Because doing so would force Obama to abandon his cottony "extremist ideology" euphemisms and confront the concrete truth. To borrow one of our obtuse president's favorite cliches, "let me be perfectly clear" about the reality Obama won't touch: America faces an ongoing Islamic jihad at home and abroad. Not merely "man-caused." But Koran-inspired. Yet, Obama refuses to spell out the centuries-old roots of the war that he claims he'll win faster, better and cleaner than any of his predecessors.

Moreover, his push to transfer violent Muslim warmongers into our civilian prisons—where they have proselytized and plotted with impunity—will only make the problem worse. A brief refresher course for the left's amnesiacs about the festering jihadi virus in our jails and overseas:

In 2005, Bush administration officials busted a terrorist plot to attack infidels at military and Jewish sites in Los Angeles on the fourth anniversary of 9/11 or the Jewish holy days. It was devised by militant Muslim converts of Jam'iyyat Ul-Islam Is-Saheeh (Arabic for "Assembly of Authentic Islam") who had sworn allegiance to violent jihad at California's New Folsom State Prison.

Convicted terror conspirator Jose Padilla converted to Islam during a stint at a Broward County, Fla., jail and reportedly fell in with terrorist recruiters after his release. Convicted "shoe bomber" Richard Reid converted to Islam with the help of an extremist imam in a British prison.

Aqil Collins, a self-confessed jihadist turned FBI informant, converted to Islam while doing time in a California juvenile detention center. At a terrorist camp in Afghanistan, he went on to train with one of the men accused of kidnapping and beheading Wall Street Journal reporter Daniel Pearl.

In East Texas, inmates were recruited with a half-hour videotape featuring the anti-Semitic rants of California-based Imam Muhammad Abdullah, who claims that the 9/11 terrorist attacks were actually carried out by the Israeli and U.S. governments.

Federal corrections officials told congressional investigators during the Bush years "that convicted terrorists from the 1993 World Trade Center bombing were put into their prisons' general population, where they radicalized inmates and told them that terrorism was part of Islam." 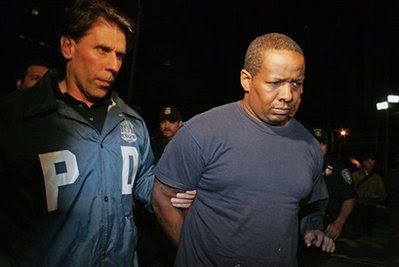 James Cromitie, right, is led by police officers from a federal building in New York, early Thursday, May 21, 2009, after being arrested on charges related to a bombing plot in the Bronx. The FBI arrested four men Wednesday in what authorities called a plot to detonate a bomb outside a Jewish temple and to shoot military planes with guided missiles.
(AP Photo/Robert Mecea)

Despite the insistence of Obama and the Jihadi Welcome Wagon that our civilian prisons are perfectly secure, convicted terrorist aid Lynne Stewart helped jailed 1993 World Trade Center bombing/NY landmark bombing plot mastermind Omar Abdel-Rahman smuggle coded messages of Islamic violence to outside followers in violation of an explicit pledge to abide by her client's court-ordered isolation.

As I've reported previously, U.S. Bureau of Prison reports have warned for years that our civilian detention facilities are major breeding grounds for Islamic terrorists. There are still not enough legitimately trained and screened Muslim religious leaders to counsel an estimated 9,000 U.S. prison inmates who demand Islamic services. Under the Bush administration, the federal prison bureaucracy had no policy in place to screen out extremist, violence-advocating Islamic chaplains; failed to properly screen the many contractors and volunteers who help provide religious services to Islamic inmates; and shied away from religious profiling.

What's Obama's plan to prevent the jihadi virus from spreading? Washing hands and covering mouths won't work for this disease.