Film Review: 'Is Anybody There?'

An elderly magician and a lonely 10-year-old boy bond in another memorable Michael Caine film.

It is a trembly and vulnerable Michael Caine that we see in "Is Anybody There?," a finely drawn and gentle British drama propelled by another of the star's unforgettable screen portraits. 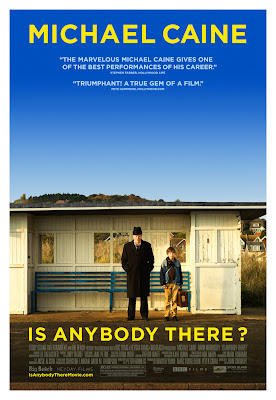 Caine plays Clarence, an aging magician struggling to keep hold of his dignity and his mind in the face of the pitiless approach of old age. He's been packed off to Lark Hall, an old-age home in a small seaside town, a sort of boarding house for those not far from whatever eternity awaits them. What Clarence discovers is an unexpected friendship with Edward (Bill Milner), an inquisitive but pensive 10-year-old whose family runs and lives in the house with a clientele that is forever departing.

How we live, and particularly how we die, has long been grist for philosophical and religious musings, to say nothing of filmmakers. With an aging population that is ever expanding and not at all comfortable with going gently into that good night, the questions and issues loom larger than ever. "Is Anybody There?" sets about to work its way through many of them: how we cling to youth, how we cope or not with aging, what it is like after you die -- do spirits of the dead linger on this earth?

All of which might make "Is Anybody There?" sound dark and depressing. It is anything but, in no small part due to Caine, whose wonderfully nuanced performance is the film's centerpiece -- whether he's staging an escape with a nonchalant slip out the door, or letting the props of the magic trade draw out his memories.

It is a neat trick the way Caine lets us glimpse Clarence as he must have been when he was younger: playing to sold-out audiences, dazzling them with his sleight of hand, wooing the women who flocked backstage, partying through the nights, eventually destroying his marriage. All of it accomplished with a bit of pain peeking out from under those heavy, always-at-half-mast lids, and a disappearing card with the flick of a wrist there.

It is also hard not to see remnants of a younger Michael Caine -- beautifully seductive and enigmatic all those years ago in "Alfie." He has said his wife cried when she saw the performance; you understand why.

Director John Crowley and Peter Harness' semiautobiographical screenplay have turned this into a character-driven study that is neither too sentimental nor too clinical as lives unfold and then exit from the small stage they've created. There are no long monologues about the meaning of life and the implications of death. Instead we see it in understated touches everywhere -- the ambulances that pull up in front of the house are in no hurry, knowing the curtain has already fallen 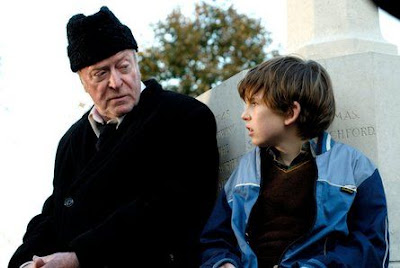 Young Edward, as it happens, is still adjusting to the realities of living among the elderly. A lonely child, he becomes intent on unlocking the mysteries of death and hopefully capturing evidence of an afterlife on the tape recorder he strategically places in the residents' room to record those last moments. Clarence, on the other hand, though he's been tossed about by life and hit hard by the loss of his much-loved wife, intends to wrestle with the indignities and inevitability of aging until the end.

There is discontent and frustration in the air when this odd couple first encounter each other -- Clarence sure that he shouldn't be in a retirement home at all and Edward angry that there is yet another tenant moving in to what used to be his bedroom. They are both displaced and they are both outsiders, Clarence at the old-age house, Edward at school. Two blokes a bit too clever for the room.

Almost without realizing it, they begin to set aside self-interest to help each other out, with Clarence teaching Edward card tricks so that he can survive the dreaded birthday party his mum (Anne-Marie Duff) has planned for him, which of course teaches him a great deal about growing up, and Edward devising a way to take Clarence on a trip to the grave of his wife.

There is such an easy grace that develops between Clarence and Edward, with Caine giving young Milner (a standout in "Son of Rambow") plenty of space to hold the screen with him, and for the most part he does. The two become almost inseparable as they meander through the house and the English countryside toward an uncertain and still undefined future, all the while having the kind of conversations that make you wish they'd let you eavesdrop for a long time.

betsy.sharkey@latimes.com
Posted by jtf at 10:27 PM