C.S. Lewis was an atheist until he read Chesterton’s book, The Everlasting Man, but he wasn’t afterwards, prompting him to observe that a young man who is serious about his atheism cannot be too careful about what he reads. 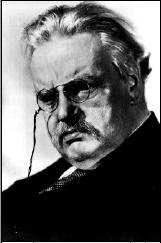 Of all of Chesterton’s literary monuments, this is perhaps his greatest, for he eloquently and concisely packs the whole human story between the covers of one book. He begins by pointing out that the main problem with the critics of the Church is that they are too close to it to see it properly. They cannot see the big picture, only the small picture that directly affects them. With their sulks and their perversity and their petty criticism they are merely reacting to the Church. What they need to do is back up. And that’s what Chesterton has the reader do in this book. Back up far enough and to see the Church in all its startling beauty and unexpected truth.

The book was written as a kind of rebuttal to H.G. Wells’ popular book, The Outline of History. Chesterton said that Wells was like an author who disliked the main character in his book. Wells glossed over the two biggest points in history. The first is the uniqueness of the creature called man and the second is the uniqueness of the man called Christ.

What do we know about early man? The one thing we really we know for sure is that he was an artist. The cave man left behind his drawings on the wall of the cave. The creature who made these drawings was truly different from all other creatures because he was a creator as well as a creature. “Art is the signature of man,” says Chesterton. It is just one of many things that demonstrates that “the more we look at man as an animal, the less he will look like one.” In addition to art are such artificial things as clothes and furniture and such unique reactions such as shame and laughter. And that other exclusively human thing called religion.

Religion is as old as Civilization. And civilization is as old as history. Chesterton says that when we study history, the curtain rises on a play already in progress. He argues that it was religion that advanced civilization. It was religion that dealt with the meanings of things, with the development and interpretation of symbols, which advanced communication and knowledge, or what we call the arts and the sciences.

A mass of legend and literature has sprung from this single paradox; that the hands that had made the sun and stars were too small to reach the huge heads of the cattle. Upon this paradox, all the literature of our faith was founded. . . [it is] something too good to be true, except that it is true.

Chesterton says that if we approach the Gospel objectively we will see that it is not a book of platitudes. It paints a picture of a man who was indeed a wonder-worker, but who spoke in riddles and rebukes. His teachings were as difficult to accept in his own time as they are today. None of the critics of Christianity seem to appreciate the fact that Christ’s teachings were not dependent on the social order in which he lived but transcended their time altogether.

The critics of course try to create a different Christ from the one portrayed in the Gospels by picking and choosing whatever they want. They always try to make him merely human, whether they make him a socialist or a pacifist or a madman. “There must surely have been something not only mysterious but many-sided about Christ if so many smaller Christs can be carved out of him.”

But the main impression one gets from studying the teachings of Christ is that he really did not come to teach. What separates Christianity from other religions is that its central figure does not wish to be known merely as a teacher. He makes the greatest claim of all. Mohammed did not claim to God. Buddha did not claim to be God. But Christ did claim to be God.

The story gets stranger still. All of Christ’s life is a steady pursuit towards the ultimate sacrifice. The Crucifixion.

All the great groups that stood about the Cross represent in one way or another the great historical truth of the time; that the world could not save itself. Man could do no more. Rome and Jerusalem and Athens and everything else…

This central dogma of the Christian faith, that God died, that, in Chesterton’s phrase, God was for one instant for one instant forsaken of God, that God sacrificed himself to himself, is more mysterious than anything, even the mystery of creation itself. And those who object to this dogma do so not because the dogma is bad, but because it’s too good to be true. The gospel sy does not end with God’s death; it ends with the most startling episode of all. An empty grave. And God again walking in a garden, as on the first day of creation.

It is this strange story that explains why Christianity has done something different than just survive. It has itself returned to life many times after having been apparently defeated. It has, as Chesterton says, “died many times and risen again; for it had a God who knew the way out of the grave.”


If you would like to purchase this book, Click Here. Also available in Vol.2 of the Collected Works.

Dale Ahlquist is president of the American Chesterton Society. 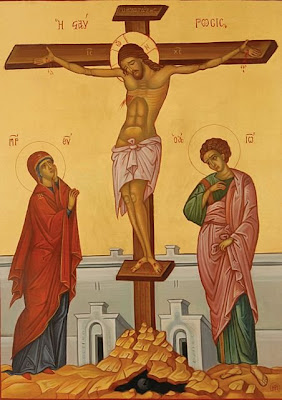 It is simply false to say that the other sages and heroes had claimed to be that mysterious master and maker, of whom the world had dreamed and disputed. Not one of them had ever claimed to be anything of the sort. Not one of their sects or schools had ever claimed that they had claimed to be anything of the sort. The most that any religious prophet had said was that he was the true servant of such a being. The most that any visionary had ever said was that men might catch glimpses of the glory of that spiritual being; or much more often of lesser spiritual beings. The most that any primitive myth had ever suggested was that the creator was present at creation. But that the creator was present at scenes a little subsequent to the supper-parties of Horace, and talked with tax-collectors and government officials in the detailed daily life of the Roman Empire, and that this fact continued to be firmly asserted by the whole of that great civilisation for more than a thousand years–that is something utterly unlike anything else in nature. It is the one great startling statement that man has made since he spoke his first articulate word, instead of barking like a dog. Its unique character can be used as an argument against it as well as for it. It would be easy to concentrate on it as a case of isolated insanity; but it makes nothing but dust and nonsense of comparative religion.

You may like to see my article praising Chesterton in RealClearMarkets, "New Media vs. Gnostic Bureaucracies.