Thirty years ago this month, an accident at the Three Mile Island plant in Pennsylvania inflamed public opposition to nuclear power. The mishap - a loss of coolant that caused the reactor core to overheat - caused no known deaths or diseases, and it exposed area residents to only a negligible amount of radiation. But it fueled an antinuclear frenzy that soon brought the expansion of the industry to a halt. Dozens of planned reactors were canceled. In the years since Three Mile Island, not a single nuclear plant has been ordered and built in the United States. 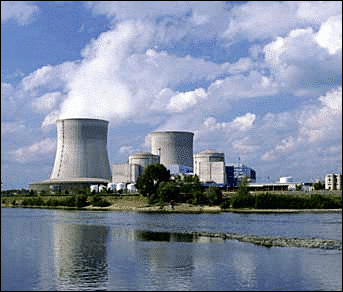 Yet far from being washed up, atomic power seems poised for a renaissance. Consider:

According to a new Gallup poll, 59 percent of Americans favor nuclear energy - a new high - and 27 percent say they strongly favor it. The attitude is bipartisan, with majorities of both Republicans and Democrats supporting nuclear power.

Other surveys have found even higher levels of support. According to a 2008 Zogby poll, 67 percent of Americans favor the construction of new nuclear facilities, and are much more likely to back a nuclear-powered electric plant over one fueled by natural gas, coal, or oil.

In the recent presidential campaign, both candidates expressed support for nuclear power. John McCain made a point of praising the French, who derive nearly 80 percent of their electricity from nuclear plants. Though more measured, Barack Obama agreed that "we should explore nuclear power as part of the mix," as he declared in an early Iowa debate.

While Obama has said little about nuclear power since becoming president, his energy secretary has been unequivocal. "The nuclear industry has to be part of our energy mix," physicist Steven Chu said during his confirmation hearings. "It's 20 percent of our [total] electricity production today, but it's 70 percent of the carbon-free electricity we produce."

Accenture, the consulting giant, reports growing worldwide support for nuclear energy. In a survey it conducted of more than 10,000 people in 20 nations, 69 percent wanted their countries to begin or expand the use of nuclear power. Pronuclear sentiment was strongest in India (67 percent), China (62 percent), and the United States (57 percent).

In recent months, Italy and Sweden have reversed longstanding policies against nuclear power; both are drawing up plans to construct new plants. Meanwhile, dozens of nuclear reactors are already under construction in other countries, including China, Russia, and Finland. "Among those contemplating building their first ones," reports The Economist, "are Turkey, the United Arab Emirates, Indonesia, and Belarus."

In the last two years, the US Nuclear Regulatory Commission has received 17 applications for 26 nuclear reactors. Proposals for six additional reactors are pending.

There is no small irony in this turnabout. Nuclear power used to be the environmentalist's ultimate pariah, thanks mostly to overblown claims about the dangers of reactor meltdowns and nuclear waste. But now the green movement has a new pariah - fossil fuels and their carbon dioxide emissions. To many environmentalists alarmed about global warming, nuclear power has an irresistible appeal: It releases no greenhouse gases. Indeed - another irony - nuclear power plants don't even release as much radiation as coal-fired plants, since coal ash is more radioactive than nuclear waste.

As a result, some of the world's most ardent Greens have come around to embracing nuclear power.

"Only nuclear power can now halt global warming," wrote James Lovelock, the father of the celebrated Gaia theory, which regards the Earth and life on the planet as one complex, interacting "organism," in 2004. In Wired magazine the following year, a much-discussed article - "Nuclear Now!" - made the case that only "clean, green atomic energy can stop global warming."

The problems with nuclear energy have not vanished. To build a nuclear plant is an expensive undertaking, the disposal of spent fuel rods remains politically contentious, and at least some environmental activists will continue to do what they can to exacerbate fear of nuclear power's dangers.

But 30 years after Three Mile Island, the nuclear future looks brighter than it has in a long time. Right now, 104 commercial reactors generate 20 percent of America's electricity. As the war against the atom continues to wind down, expect to see those numbers go up.

Jeff Jacoby can be reached at jacoby@globe.com.
Posted by jtf at 8:06 AM