Outrider of the Enlightenment

A look at the legacy of Conor Cruise O’Brien.

‘I feel myself to be a child of the Enlightenment,” wrote Conor Cruise O’Brien in 1994, “but a somewhat chastened and battered one. Partly this is a mechanical result of having lived a long time. It is what Edmund Burke called the ‘the late ripe fruit of mere experience.’ Specifically, this is a result of having lived through most of the twentieth century, from its second decade to its last.”

O’Brien also lived through the better part of the 21st century’s first decade; he passed away this past December at his home in Dublin at the age of 91. Saint Patrick’s Day is an appropriate time to reflect upon his illustrious career as an Irish intellectual, international statesman, author of more than 20 books, and friend of National Review. This is especially true in the wake of the recent murders of two British soldiers and a policeman in Northern Ireland by Irish republican terrorists, which recall the dark days of the Troubles. For O’Brien was a son of the Enlightenment who fought relentlessly to defend its inheritance — inalienable natural rights, the rule of law, ordered liberty — and its most important political manifestation — liberal democracy — in our time. 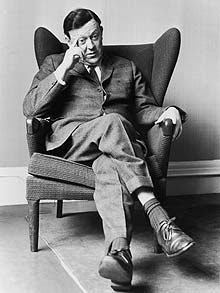 In his writings O’Brien was always careful to distinguish which Enlightenment he was protecting, namely the moderate Anglo-Scottish-American Enlightenment of John Locke, David Hume, Edmund Burke, John Adams, James Madison, and Alexander Hamilton; not the radical French version spearheaded by Jean-Jacques Rousseau, whom Burke called “the great professor and founder of the philosophy of vanity,” and about whom O’Brien asserted, in a letter to Sir Isaiah Berlin, “I find that if a person is pro-Rousseau I class that person as basically an enemy, however agreeable they may appear in other respects.” (Berlin escaped this classification.) This intellectual lineage means that O’Brien, in political terms, was more a classical liberal than the enfant terrible of the Left or the heavy-handed authoritarian of the Right his critics invariably painted him as over the years.

Through his voluminous writings O’Brien welcomed the chance to enliven debate or to enrage his adversaries. He recalled with some satisfaction that his famous essay critical of the latent fascist tendencies in William Butler Yeats, “Passion and Cunning,” made “the print swim” before the eyes of the poet’s devotees, so infuriated were they by his iconoclasm. The Irish-American author Darcy O’Brien once acknowledged, “I did learn from him that controversy is an essential ingredient of most writing worth reading; that if you don’t make a good number of people angry by what you write, you are almost certainly wasting their time — and yours.”

Africa was always at the center of O’Brien’s consciousness. He burst onto the international scene in 1961; he had played a contentious role in leading the U.N. operation to prevent the secession of Katanga from the Congo. In response to O’Brien’s work for this cause, Harold Macmillan, the prime minister of Great Britain, asked, “Who is Conor O’Brien?” He and many others found out the next year, when O’Brien published To Katanga and Back, an African-Irish chronicle in some ways comparable in tone to The Year of Living Dangerously, Peter Weir’s film about the attempted coup in Indonesia in 1965.

O’Brien’s opposition to the designs of the great powers in the heart of Africa earned him the enmity of many in the West. People with long memories often declared, “Conor Cruise O’Brien, why he was a Communist!” — an accusation that always amused him. But his anti-colonialism attracted the attention of Kwame Nkrumah, who appointed him vice chancellor of the University of Ghana in 1962. Nkrumah soon found out that O’Brien was no fellow traveler, for he resisted the African leader’s encroachments on academic freedom and left the country in 1965.

With politically incorrect statements like this he infuriated the liberal intelligentsia, and he angered them further that year with the publication of The Siege: The Saga of Israel and Zionism, a robust defense of the state of Israel, a vibrant outpost of the Enlightenment in the Middle East. To his close readers, this volume came as no surprise: He had always been a relentless opponent of anti-Semitism in Europe. His book is of a piece with his classic essay from 1970, “The Gentle Nietzscheans,” which dissected the propensity of scholars to promote a benign interpretation of the German philosopher. “When Nietzsche praises, as he often does, war and cruelty, we are told we must understand him as calling for spiritual struggle and a stern mastery over the self,” O’Brien sardonically observed about Nietzsche’s apologists in academia, whose intellectual acolytes today make the same erroneous claims about jihad.

O’Brien’s relationship with the United States in many ways traced the arc of his career. When he departed from Ghana in 1965 to take up the Albert Schweitzer chair in the humanities at New York University, he rowed in with the New York intellectuals as a staunch opponent of the Vietnam War. He was often a thorn in the side of the American Right, but he was never formulaic in the classroom: As he recalls in The Suspecting Glance, instead of telling his NYU students “about Marcuse or even Shelley, I went on endlessly telling them about Edmund Burke, a thinker to whom no spontaneous inclination of their own would ever have drawn them.”

Following stints in the 1970s and ’80s as a member of the Irish parliament, a cabinet minister, and a newspaper columnist, he spent more time in the United States as a visiting professor and as a fellow at the National Center for the Humanities, where he composed his critical study of Thomas Jefferson’s relationship with the French Revolution, The Long Affair (a relevant Rick Brookhiser anecdote, well worth a read, is here). In 1990, he wrote an illuminating essay on Edmund Burke for National Review. Two years later, he published his magnum opus on Burke, The Great Melody, his finest vindication of the Anglo-American Enlightenment tradition.

Over the years he had come to see the U.S. in a new light. As he observed in 1994, “The American Constitution is the greatest institutional repository and transmitter of Enlightenment values, not merely in America, but in the Western world.” Before dying he completed a draft of a study of George Washington’s presidential administrations, First in Peace, which will be published posthumously. Perhaps in Washington he had found an American Burke.

Throughout his lifetime, O’Brien concentrated on his homeland. Both critic and country sustained bruises — the Irish do relish a brawl at times — but O’Brien emerged as a true patriot and one of the greatest Irishmen of his generation.

O’Brien is often described as a critic of Irish nationalism, but this requires some clarification. There are two nationalist traditions to speak of in Ireland: constitutional nationalism and physical-force republicanism. The first is a component of North Atlantic liberal democracy, tracing its roots from the moderate Enlightenment of the late 18th century, through Daniel O’Connell and Charles Stewart Parnell in the 19th, to the Irish Parliamentary party in the early 20th. It has been a positive force for the country, comparable to American patriotism.

Militant Irish republicanism, on the other hand, is the enemy of Irish liberal democracy. It arose from the importation of French Jacobinism into Ireland by Theobald Wolfe Tone in the 1790s and later fused with ethno-religious extremism. It sowed mayhem and destruction from the time of the Rising of 1798 to the Easter Rising of 1916 to the outbreak of the Troubles in the late 1960s. Its most extreme adherents sympathized with the Germans in World War I, the Nazis in World War II and, since the 1970s, with Libya, Cuba, the PLO, ETA in Spain, and FARC in Colombia. In its undiluted form today, Irish republicanism is fascist, neo-volkisch, and violent.

O’Brien was a product and supporter of the former tradition and a fierce foe of the latter. True, he was often critical of constitutional nationalism, especially when it settled for a reductionist view of Irish history or danced too close to Irish extremists, but “the Cruiser,” as he was affectionately known at home, trained his main guns on physical-force republicanism, especially after the Provisional IRA launched its terror campaign in Northern Ireland in the early 1970s. He was the first public figure of note in the South to stand up to the IRA, at considerable risk to his own life. In this country he took on Irish American supporters of the IRA and prominent Irish-American politicians who were insufficiently critical of Irish terrorism, including Daniel Patrick Moynihan, Ted Kennedy, and Hugh Carey.

On December 22, O’Brien was laid to rest by his family and friends in Glasnevin Cemetery in Dublin. Throughout the last three decades of the 20th century Ireland had been free, but not at peace.

In Conor Cruise O’Brien’s life there is a lesson for his country, which also applies to other nations: Ireland enlightened will be at peace with itself — and with its neighbors.

— Joseph Morrison Skelly is co-editor of Ideas Matter: Essays in Honor of Conor Cruise O’Brien and a college professor in New York City.
Posted by jtf at 8:54 AM