Jihad, Martyrdom, and the Torments of the Grave

Why do some Muslims become suicide bombers or “martyrs”? In fact, these two near antithetic words — on the one hand, broken, desperate suicides, on the other, heroic martyrs — intrinsically demonstrate the radically different epistemologies the average Westerner and Muslim will articulate their answer through. In other words, that Westerners consider them suicides while Muslims consider them martyrs in and of itself speaks volumes on motivation.

To the secular Western mind, such Muslims are simply frustrated: oppressed and depressed, and with nothing to lose, these Muslims (so the logic goes) end their suffering in the name of some “noble” cause — be it the “liberation of al-Aqsa” or the razing of U.S. skyscrapers. All their talk about Islam, “obligations,” or 72 dark-eyed virgins is but a cover for their true motivation: “revenge” on the one hand, escape from an oppressive existence on the other. Most recently, “shame” has been cited as another culprit: al-Qaeda has been raping and thereby shaming women — and men — into becoming “martyrs.”

Conversely, from a purely Muslim point of view, becoming a martyr is not only a guarantee to eternal paradise — which, if many secular Westerners deem “silly,” the devotees of Allah take very seriously — but a paradise that may appeal to some of man’s most libidinous desires. Thus, whereas the Christian heaven is purely spiritual — “they shall neither marry nor give into marriage” (Matthew 22:30) and not necessarily “enticing” — some Muslim accounts of paradise are downright hedonistic. 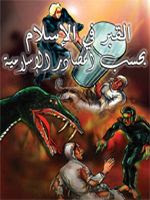 Scriptural references demonstrative of this are many. Consider Koran 36:55-56: “For the inhabitants of paradise on that day shall be engaged in joyous activities [shughlin fakihun] — they and their wives, reclined on raised cushions.” A number of the most authoritative exegetes, such as Ibn Kathir (see here), have interpreted “engaged in joyous activities” as meaning “they will be busy deflowering virgins.” (See also al-Jalalayn’s tafsir, where he concurs.)

That said, it is of course difficult to accept that any Muslim man would become a suicide bomber primarily because he wants to copulate in perpetuity — even if Islam’s prophet is on the record saying that men in heaven will have the sexual potency of 100 men (to better handle the countless maidens). Also, what about women, who have increasingly taken to becoming suicide bombers? Surely sex is not their motivation.

However, before concluding that Muslims become suicide bombers purely out of desperation, frustration, or shame, it should be borne in mind that, aside from the theological guarantee of a hedonistic paradise, there is yet another, antithetical reason that may subtly compel Muslims to seek martyrdom.

This is the little-known doctrine of ‘adhab al-qabr, or the “torments of the grave.” Anyone familiar with Islam’s texts has repeatedly come across this curious phrase; anyone who has listened to Muslim sermons has been severely warned against it. The torments of the grave are a very real doctrine that has the tendency to drive believers to despair — I have watched grown men and women on Arabic satellite relay the terror this doctrine has worked in their lives — making them eager to do whatever is necessary to avoid it.

Based on a close reading of Islam’s texts, the following account represents Sunni Islam’s standard teachings of after-death experiences:

After being laid to rest by the gravediggers, the dead “hear” the gravediggers as they walk away — implying, as the forthcoming torments suggest, and ulema maintain, that the dead experience “physical” sensations. (Perhaps this is why Muslims are in the habit of offering audible “greetings” to the dead — who “hear” — whenever they pass their graves?)

Every soul, once entombed along with its body, is tried by two angels. The hadith states: “His [the dead's] soul returns to his body; then two angels arrive and sit him up for questioning” — specifically, “Who is your lord, what is your religion, who is your prophet?” If he answers Allah, Islam, and Muhammad, respectively, he is granted paradise; if not, the torments begin.
While these questions appear deceptively easy to answer, and thus even the most nominal Muslim should be able to pass this ghoulish inquisition unscathed, the reason Muslims fear failing the test may be associated with Islam’s infamous fatalism: “Those who believe, Allah will strengthen with a firm word, in this world and the hereafter; but the unjust he leads astray [in this world and the hereafter]. Allah does what he will” (Koran 14:27). Ulema have interpreted this verse as revolving around the angels’ interrogation and the ability of the dead — or rather, Allah’s desire for them — to answer right or wrong.

As for infidels and nominal Muslims (al-muslim al-‘assi), their response to each of the angels’ questions is inevitably: “Uh, uh … I don’t know.” After being verbally chastised by the angels and a “voice from heaven,” the torments begin in earnest.

First, the angels pulverize the body with a “massive iron hammer” — one that “has no equal [in power and size] in the world.” In the process, “he [the dead] cries out in such a manner that all creation — minus humans and jinn [supernatural beings] — hear him.” Another hadith states that this hammer is such that “if a mountain was struck by it, the mountain would crumble into dust; the dead [man] is struck such a blow that he crumbles into dust — but Allah reassembles him, and he is struck again,” apparently in perpetuity.

Next, the grave is said to “tighten” around the corpse, till its bones pop and crack — all while the soul is still trapped inside, suffering, suffocating. Some ulema maintain the dead — with their souls experiencing these travails — stay in this position till judgment day.

Then comes the turn of the tomb-snake, known as al-shaja‘ al-aqra’ (roughly translated as the “bald brave one”); designed by Allah to torment the dead, this snake “eats his [the dead's] flesh, from head to toe; then his flesh returns, and it [the snake] eats his flesh from toe to head, and so on.” Yet another hadith has not one snake, but 70 dragons: “Allah shall set upon him 70 dragons, such that if one of them were to blow upon the earth, the earth would fail and wither away. They will rend and tear, maul and mull upon him until the day of reckoning” — all while he continues screaming, though no human or jinn hears. Still another hadith declares that the dead will be attacked by 99 dragons; each dragon will consist of 70 serpents; each serpent will have nine heads — for a total of 62,370 serpent heads tormenting the corpse in perpetuity.

At this point, the (especially) Western reader may think all this absurd, that no Muslim can truly believe such things, that this is all moot and can hardly ever drive anyone to action, much less suicide. That (according to Muhammad) one of the greatest “sins” responsible for sending people to the torments of the grave is failing to properly clean oneself after urinating may further lead to the conviction that this is all farcical, hardly a reason to bring Muslims to despair.

Yet here again we are entered into the tricky realm of epistemology: every civilization has its own particular sources, physical or metaphysical, whence knowledge, and thence “truth,” is articulated. For mainstream Islam, the Koran first, followed by the vast corpus of hadith — particularly the “canonical six,” which the aforementioned account of graveyard torments is mostly based on — form the basis of all truth and reality.

Moreover, everything written in these sources is generally taken literally. Thus the same literalism that compelled Islam’s most authoritative institution, al-Azhar, to issue a fatwa prompting women to “breastfeed” strange men, compels Muslims today to accept the torments of the grave literally — pounding mallets, 62,370 snapping serpents, and all.

The fact is, Muslims, even the most pious among them, have good reason to be fearful of the torments of the grave: Talking about his pious dead companion, Sa‘d ibn Mu‘adh, Muhammad observed, “The grave has an oppressive tightness, and were [it possible for] anyone to escape this, Sa‘d ibn Mu‘adh would have done so, for he is the one for whom the Throne of the All-Merciful shook.” Moreover, there is the famous hadith where Muhammad said, “My umma shall be split into 73 sects — all of which will go to the fire [hell], except one which shall be saved.” In other words, few Muslims have any guarantees that they will not visit the torments of the grave.

Still, what does any of this have to do with the jihad in general, or suicide bombing/martyrdom operations in particular? Plenty. Inasmuch as the torments of the grave clearly terrify Muslims, so too are there clear-cut ways of evading them. Three have been ascertained. The first two are quite haphazard: Muslims who happen to die on Friday (al-jum‘a, the day of Muslim congregation) and Muslims who happen to die of stomach aches are exonerated from the torments. Why? The prophet said so.

However, the ulema have been quick to point out and stress a third way — dying as a “martyr” fi sabil Allah (in the cause of Allah), i.e., during the jihad. In fact, in a hadith I first encountered when translating al-Qaeda texts for The Al Qaeda Reader, Muhammad said:

The martyr is special to Allah. He is forgiven from the first drop of blood [that he sheds]. He sees his throne in paradise, where he will be adorned in ornaments of faith. He will wed the ‘aynhour [wide-eyed virgins] and will not know the torments of the grave and safeguards against the greater horror [hell]. Fixed atop his head will be a crown of honor, a ruby that is greater than the world and all it contains. And he will copulate with seventy-two ‘aynhour and be able to offer intercessions for seventy of his relatives.

The torments of the grave are a reminder of how important it is to take Islam’s doctrines — no matter how quaint or esoteric — seriously; dismissing them out of hand, since they seem silly to “us,” is arrogance. Anyone who truly wishes to ameliorate the phenomenon of Muslim suicide bombings, while taking into account all those “secular” reasons — poverty, frustration, desperation — should also, to be thoroughly holistic, take into account the psychological damage created by such arcane doctrines.

Finally, it is well to observe that, if little-known doctrines such as the torments of the grave have the capacity to goad Muslims into seeking martyrdom, how much more can be expected from the very well-known doctrinal obligation of jihad itself?

- Raymond Ibrahim is the associate director of the Middle East Forum and the author of The Al Qaeda Reader, translations of religious texts and propaganda.