Fairness, idealism and other atrocities 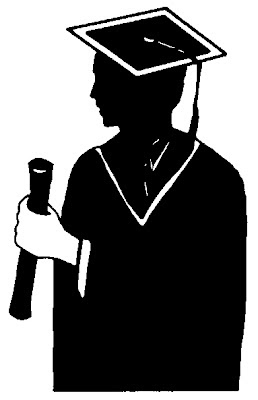 Well, here you are at your college graduation. And I know what you're thinking: "Gimme the sheepskin and get me outta here!" But not so fast. First you have to listen to a commencement speech.

Don't moan. I'm not going to "pass the wisdom of one generation down to the next." I'm a member of the 1960s generation. We didn't have any wisdom.

We were the moron generation. We were the generation that believed we could stop the Vietnam War by growing our hair long and dressing like circus clowns. We believed drugs would change everything -- which they did, for John Belushi. We believed in free love. Yes, the love was free, but we paid a high price for the sex.

My generation spoiled everything for you. It has always been the special prerogative of young people to look and act weird and shock grown-ups. But my generation exhausted the Earth's resources of the weird. Weird clothes -- we wore them. Weird beards -- we grew them. Weird words and phrases -- we said them. So, when it came your turn to be original and look and act weird, all you had left was to tattoo your faces and pierce your tongues. Ouch. That must have hurt. I apologize.

So now, it's my job to give you advice. But I'm thinking: You're finishing 16 years of education, and you've heard all the conventional good advice you can stand. So, let me offer some relief:

Here we are living in the world's most prosperous country, surrounded by all the comforts, conveniences and security that money can provide. Yet no American political, intellectual or cultural leader ever says to young people, "Go out and make a bunch of money." Instead, they tell you that money can't buy happiness. Maybe, but money can rent it.

There's nothing the matter with honest moneymaking. Wealth is not a pizza, where if I have too many slices you have to eat the Domino's box. In a free society, with the rule of law and property rights, no one loses when someone else gets rich.

Don't chain yourself to a redwood tree. Instead, be a corporate lawyer and make $500,000 a year. No matter how much you cheat the IRS, you'll still end up paying $100,000 in property, sales and excise taxes. That's $100,000 to schools, sewers, roads, firefighters and police. You'll be doing good for society. Does chaining yourself to a redwood tree do society $100,000 worth of good?

Get a pair of bolt cutters and liberate that tree.

Who does more for the redwoods and society anyway -- the guy chained to a tree or the guy who founds the "Green Travel Redwood Tree-Hug Tour Company" and makes a million by turning redwoods into a tourist destination, a valuable resource that people will pay just to go look at?

So make your contribution by getting rich. Don't be an idealist.

All politics stink. Even democracy stinks. Imagine if our clothes were selected by the majority of shoppers, which would be teenage girls. I'd be standing here with my bellybutton exposed. Imagine deciding the dinner menu by family secret ballot. I've got three kids and three dogs in my family. We'd be eating Froot Loops and rotten meat.

But let me make a distinction between politics and politicians. Some people are under the misapprehension that all politicians stink. Impeach George W. Bush, and everything will be fine. Nab Ted Kennedy on a DUI, and the nation's problems will be solved.

But the problem isn't politicians -- it's politics. Politics won't allow for the truth. And we can't blame the politicians for that. Imagine what even a little truth would sound like on today's campaign trail:

"No, I can't fix public education. The problem isn't the teachers unions or a lack of funding for salaries, vouchers or more computer equipment The problem is your kids!"

We all get confused about the contradictory messages that life and politics send.

5. Be a religious extremist!

So, avoid politics if you can. But if you absolutely cannot resist, read the Bible for political advice -- even if you're a Buddhist, atheist or whatever. Don't get me wrong, I am not one of those people who believes that God is involved in politics. On the contrary. Observe politics in this country. Observe politics around the world. Observe politics through history. Does it look like God's involved?

Here are God's basic rules about how we should live, a brief list of sacred obligations and solemn moral precepts. And, right at the end of it we read, "Don't envy your buddy because he has an ox or a donkey." Why did that make the top 10? Why would God, with just 10 things to tell Moses, include jealousy about livestock?

Well, think about how important this commandment is to a community, to a nation, to a democracy. If you want a mule, if you want a pot roast, if you want a cleaning lady, don't whine about what the people across the street have. Get rich and get your own.

6. Don't listen to your elders!

After all, if the old person standing up here actually knew anything worth telling, he'd be charging you for it.

- P.J. O'Rourke, a correspondent for the Weekly Standard and the Atlantic, is the author, most recently, of "On The Wealth of Nations." A longer version of this article appears in Change magazine, which reports on trends and issues in higher education.
Posted by jtf at 9:13 PM