Stanley Crouch: In Brawley Case, a Lesson About Rushing Judgement 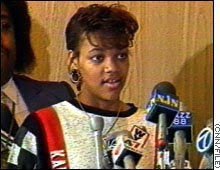 In November 1987, a 15-year-old black girl named Tawana Brawley claimed to have been abducted by a group of white men who raped her for a couple of days, smeared dog dung on her body and scrawled racist epithets on her torso. It was the biggest lie to affect the tone of race relations in the last 50 years.

That happened because, as national compassion was emerging, the Rev. Al Sharpton, Alton Maddox and Vernon Mason rushed behind Brawley and mounted a furious dog-and-pony show.

The supposed victim put on a good act and pretended to be traumatized into silence for the first few weeks. Brawley remained silent and her mother, Glenda, refused to testify. A warrant was issued for her mother's arrest. Glenda Brawley took sanctuary in a Queens church.

By the time then-New York State Attorney General Robert Abrams finished his investigation and a grand jury concluded that Brawley had made the whole thing up, racial animus had gone through the roof.

Not one of the three militant stooges can be forgiven.

We should not be shocked that Glenda Brawley wants to come back to New York to celebrate the 20th anniversary of her family's most infamous hour. She and her husband, Ralph King, the convicted murderer, are demanding that Gov. Spitzer and Attorney General Andrew Cuomo relinquish Glenda Brawley's arrest warrant and reopen the case! 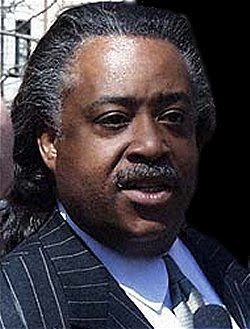 When someone is proven to be a liar and has used every possible aspect of media to further that lie, authorities representing the interest of the people should sue them for the expense of the investigation and jail the guilty when they are proven, once again, to have consciously lied.

Tawana Brawley, who has since changed her name to Maryam Muhammad, is not part of this demand, perhaps because by now she might realize what a terrible thing she did.

In 1987, the authorities did not sit calmly twiddling their thumbs. They did everything that should have been done and, after an extensive investigation that revealed the hoax, Abrams rightly warned that lies such as those of the black teenager are especially dangerous. They might bring about an unfair level of doubt in the testimony of a real victim.

But the greatest victims of the Tawana Brawley hoax were the American people, who always teeter between confusion and cynicism on racial issues. White people with goodwill were pushed to sympathize with a lying teenager whom some think told a monstrous fib in order to protect herself from her stepfather who had murdered his previous wife. Maybe so, maybe not.

We do know this. A lot of attention can help some but do in others. Tawana Brawley did as much for Sharpton's career as MTV did for Michael Jackson's, but Maddox received a well-needed cancellation. Maddox was disbarred when he failed to produce the evidence that he so loudly claimed to have, evidence he promised would prove that Brawley had told the truth.

Even though producing the evidence would allow Maddox to practice law again, no such proof has ever appeared in two decades. Hmmm.

That should give everyone an idea of how seriously this case should be taken and why caution and skepticism should guide the reactions of all in authority whenever a potentially volatile charge of racism is made.

crouch.stanley@gmail.com
Posted by jtf at 8:17 AM