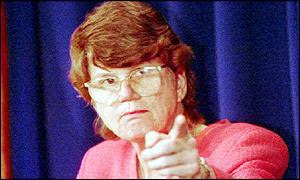 This week, congressional Democrats vowed to investigate Attorney General Alberto Gonzales' firing of himself. Gonzales has said he was not involved in the discussions about his firing and that it was "performance-based," but he couldn't recall the specifics.

Right-wingers, like me, never trusted Gonzales. But watching Hillary Rodham Clinton literally applaud the announcement of Gonzales' resignation on Monday was more than any human being should have to bear. Liberals' hysteria about Gonzales was surpassed only by their hysteria about his predecessor, John Ashcroft. (Also their hysteria about Bush, Rove, Rumsfeld, Cheney, Libby, Rice, Barney and so on. They're very excitable, these Democrats.)

Liberals want to return the office to the glory years of Attorney General Janet Reno! 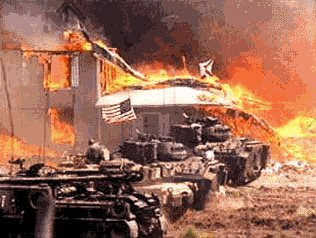 Reno's military attack on a religious sect in Waco, Texas, led to the greatest number of civilians ever killed by the government in the history of the United States. More Americans were killed in Waco than were killed at any of the various markers on the left's via dolorosa – more than Kent State (4 killed), more than the Haymarket Square rebellion (4 killed), more than Three Mile Island (0 killed).

Innocent people put in prison by Reno: At least 1 that I know of

As Dade County, Fla., state attorney, Janet Reno made a name for herself as one of the leading witch-hunters in the notorious "child molestation" cases from the '80s, when convictions of innocent Americans were won on the basis of heavily coached testimony from small children.

Charged by Reno's office in 1984 with child molestation, Grant Snowden was convicted on the manufactured testimony of one such child, who was 4 years old when the abuse allegedly occurred.

Snowden, the most decorated police officer in the history of the South Miami Police Department, was sentenced to five life terms – and was imprisoned with people he had put there. Snowden served 11 years before his conviction was finally overturned by a federal court in an opinion that ridiculed the evidence against him and called his trial "fundamentally unfair."

In a massive criminal justice system, mistakes will be made from time to time. But Janet Reno put people like Snowden in prison not only for crimes that they didn't commit – but also for crimes that never happened. Such was the soccer-mom-induced hysteria of the '80s, when innocent people were prosecuted for fantastical crimes concocted in therapists' offices.

On Aug. 19, 1991, rabbinical student Yankel Rosenbaum was stabbed to death in Crown Heights by a black racist mob shouting "Kill the Jew!" as retaliation for another Hasidic man killing a black child in a car accident hours earlier.

In a far clearer case of jury nullification than the first Rodney King verdict, a jury composed of nine blacks and three Puerto Ricans acquitted Lemrick Nelson Jr. of the murder – despite the fact that the police found the bloody murder weapon in his pocket and Rosenbaum's blood on his clothes, and that Rosenbaum, as he lay dying, had identified Nelson as his assailant.

The Hasidic community immediately appealed to the attorney general for a federal civil rights prosecution of Nelson. Reno responded with utter mystification at the idea that anyone's civil rights had been violated.

Civil rights? Where do you get that?

Because they were chanting "Kill the Jew," Rosenbaum is a Jew, and they killed him.

Huh. That's a weird interpretation of "civil rights." It sounds a little harebrained to me, but I guess I could have someone look into it.

It took two years from Nelson's acquittal to get Reno to bring a civil rights case against him.

Number of innocent civilians accused of committing heinous crimes by Reno: at least 1

Janet Reno presided over the leak of Richard Jewell's name to the media, implicating him in the Atlanta Olympic park bombing in 1996, for which she later apologized. I believe Reno also falsely accused the Miami relatives of Elian Gonzalez of violating the law, which I am not including in her record of false accusations, but reminds me of another comparison. 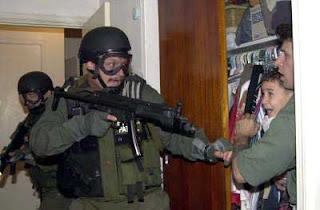 Number of 6-year-old boys deported to totalitarian dictatorships by Ashcroft: 0

Number of 6-year-old boys deported to totalitarian dictatorships by Gonzales: 0

Number of 6-year-old boys deported to totalitarian dictatorships by Reno: 1

Not until Bush became president was the media interested in discussing the shortcomings of the attorney general. Whatever flaws Alberto Gonzales has (John Ashcroft has none), we don't have to go back to the Harding administration to find a worse attorney general.

From the phony child abuse cases of the '80s to the military assault on Americans at Waco, Janet Reno presided over the most egregious attacks on Americans' basic liberties since the Salem witch trials. These outrageous deprivations of life and liberty were not the work of fanatical right-wing prosecutors, but liberals like Janet Reno.

Reno is the sort of wild-eyed zealot trampling on real civil rights that Hillary views as an ideal attorney general, unlike that brute Alberto Gonzales. At least Reno didn't fire any U.S. attorneys!


Ann Coulter is a bestselling author and syndicated columnist. Her most recent book is Godless: The Church of Liberalism.
Posted by jtf at 11:46 AM