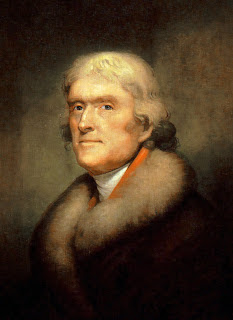 On April 13 every American should remember one of our greatest Founding Fathers, born that spring day in 1743: Thomas Jefferson. This farmer, scholar, and statesman lovingly carved the government and character of his precious gem, America. He penned the stirring words on the parchment that is the soul of America, "The Declaration of Independence." Do we—and our officials—today understand its meaning?

The "Declaration" launched the first country ever based on people's unalienable rights. According to Jefferson, these rights are "derived from the laws of nature" and not "the gift of their Chief Magistrate." No tyrant—nor any majority vote in Congress—can violate them.

Rights belong to individuals. There are no “rights” of groups. If pizza eaters lobby Congress for a "right" to a free pizza every Thursday, and if Congress, out of concern for their nourishment or their votes, grants their wish, it acts illegitimately. In Jefferson's words: "Congress has not unlimited powers to provide for the general welfare but only those specifically enumerated [in the Constitution]." 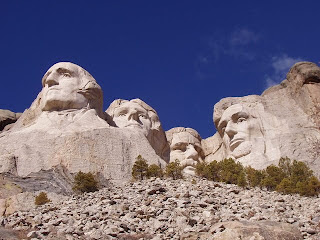 Our rights to life, liberty, property, and the pursuit of happiness are rights to act, not entitlements to free goods and services. Jefferson defined liberty as "unobstructed action according to our will within limits drawn around us by the equal rights of others." This means we may earn money and buy a house, but we may not expect the government to seize taxpayers' money to provide us with a house for free. Life requires effort, a fact Jefferson considered our glory. When his farm fell on hard times, he proudly manufactured nails, saying "every honest employment is deemed honorable [in America]. . . . My new trade of nail-making is to me in this country what an additional title of nobility . . . [is] in Europe." What would he think of today's innumerable handouts to special interest groups, rewarding people for non-effort? 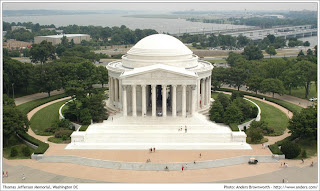 Does one citizen have less of an inviolable right than another? Does a rich person, for example, have less of a right to property than a poor one? According to Jefferson: "To take from one because it is thought his own industry . . . has acquired too much, in order to spare others who have not exercised equal industry and skill is to violate the first principle of association, the guarantee to everyone the free exercise of his industry and the fruits acquired by it." What would he think of today's cries to "tax the rich," depriving them of their Constitutional rights?

Jefferson ardently championed spiritual autonomy. His "Bill for Establishing Religious Freedom" in Virginia was an achievement he had etched on his tombstone. The bill stopped the practice of paying clergy with public funds because "to compel a man to furnish . . . money for the propagation of opinions which he disbelieves is sinful and tyrannical." Jefferson was "against all maneuvers to bring about a legal ascendancy of one sect over another." What would he think of today's faith-based initiatives, allocating taxpayers' money to religious organizations, and attempts by elected officials to dictate public policies based on faith?

Governments are instituted solely to protect our rights from violation by force or fraud, apprehending perpetrators who pick our pockets or break our legs; otherwise, government stays out of our lives. Wise government, explains Jefferson, "shall refrain men from injuring one another, shall leave them otherwise free to regulate their own pursuits of industry and improvement, and shall not take from the mouth of labor the bread it has earned." What would he think of today's 150,000-page Code of Federal Regulations and endless agencies that swallow 40 percent of our national income?

Jefferson believed citizens capable of self-government because they possess reason. "Fix reason firmly to her seat and call to her tribunal every fact, every opinion." He expected people to use their minds to control their own lives. He gently chastised his teenage daughter when she relied on her teacher's help to read an ancient text. "If you always rely on your master, you will never be able to proceed without him. It is part of the American character to consider nothing as desperate—to surmount every difficulty . . . " What would Jefferson think of today's entitlement programs, which destroy our capacity to think and act for ourselves, and transform us into helpless dependents?

Today Jefferson's jewel, a country where individuals live free and pursue their happiness unencumbered by the state, is losing its brilliance. Officials who can't tell a diamond from a rhinestone hammer away at our rights. The way to honor Thomas Jefferson—and ourselves—is to rescue liberty and live up to the ideals for which he, as a signer of the "Declaration," pledged his life, his fortune, and his sacred honor.


Genevieve LaGreca holds a master's degree in philosophy from Columbia University and is the author of "Noble Vision," a ForeWord magazine Book-of-the-Year award-winning novel about liberty.
Posted by jtf at 10:37 AM