The Real-World Consequences of Submitting to the Transgender Zeitgeist 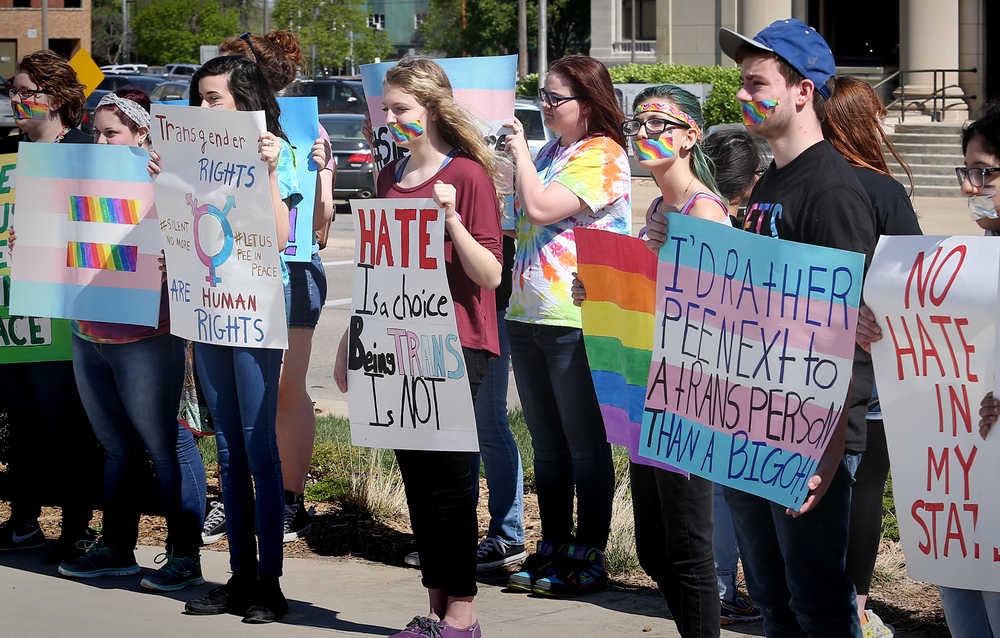 Last week, a member of my Orthodox Jewish congregation approached me at synagogue to tell me a story. Many of the women in the congregation exercise at a females-only gym for modesty purposes. The gym is successful; its main constituency is religious women who don’t wish to be stared at by men, or to see men in various states of undress.


According to the congregation member, this month, a transgender woman — a biological male who suffers from gender dysphoria — came to the gym. This man, who retains his male biological characteristics, then entered the locker room and proceeded to disrobe. When told by management that he could use a private dressing room, he refused, announcing that he was a woman and could disrobe in front of all the other women.
The predictable result: Many of the actual biological women began cancelling their memberships. When the management asked people higher in the chain, they were simply told that to require the man to use a private dressing room or to reject his membership would subject the company to litigation and possible boycott. So the gym will simply have to lose its chief clientele because a man with a mental disorder believes he has the right to disrobe in front of women.
As it turns out, there are indeed public-policy consequences to the question of transgender pronouns. Those public-policy questions all revolve around a central issue: Can subjective perception trump objective observation? If the answer is yes, tyranny of the individual becomes the order of the day. We all must bow before the subjective wants, needs, and desires of people who require special protection from life’s realities. We must reeducate generations of people to ignore science in favor of feelings. We must strong-arm individuals into abandoning central planks of their morality in the name of sensitivity.
It’s not just women who wish to avoid indecent exposure. It’s doctors. Take, for example, a New York Times column this week by a transgender woman named Andrea Long Chu. The article, titled “My New Vagina Won’t Make Me Happy,” argues that “sex reassignment surgery” — a gross euphemism, given that sex is not “assigned” in the first place, except by biology — should be available to anyone based simply on want. Chu acknowledges that his new vagina is in fact not a vagina but a “wound” and that “it will require regular, painful attention to maintain.” Chu acknowledges that his dysphoria has “balloon[ed] since I began transition.” Chu admits, “I was not suicidal before hormones. Now I often am.” Still, Chu says, he should be given transgender surgery based simply on want. “Nonmaleficence is a principle violated in its very observation,” Chu states. “Its true purpose is not to shield patients from injury but to install the medical professional as a little king of someone else’s body.”
Meanwhile, Twitter announced this week that it would seek to ban those who “misgender” or “deadname” transgender people. In other words, if you note that Chelsea Manning or Caitlyn Jenner is a man, or if you use the names “Bradley” or “Bruce” with regard to the aforementioned transgender people, Twitter could ban you for “repeated and/or non-consensual slurs.” So you will abide by subjective self-definition, or you will be censored. Twitter recently banned a leftist feminist for merely noting that sex is biological and that men cannot become women.
It doesn’t stop there. As Walt Heyer of The Federalist reports, a Texas divorce case now pits a mother who dresses her six-year-old male child, James, as a girl and calls him “Luna” against James’s father, whom she is accusing of child abuse for refusing to treat James as a girl. Heyer reports, “She is also seeking to require him to pay for the child’s visits to a transgender-affirming therapist and transgender medical alterations, which may include hormonal sterilization starting at age eight.” James, as it turns out, prefers being called James and being treated as a boy by his father. That’s not stopping Mom. Refusing to abide by the judgment of a six-year-old — or in this case, a six-year-old’s mom — could mean losing your child in a world where we treat sex as malleable.
There are real-world consequences to the deliberate rewriting of basic biology, and the substitution of subjectivity for objectivity. It means rewriting business operation, school curricula, medical treatment standards, censorship rules, and even parenting. Sympathy for those who suffer from gender dysphoria is obviously proper — no one wants transgender people harmed or targeted. But sympathy for a mental disorder should not trump either objective reality or competing priorities based on those objective realities. “The Emperor’s New Clothes” is not a story about the wonderful sensitivity of a population educated on the subjective desires of a ruler ensconced in sartorial self-definition. Falsehood crumbles in the light of day, no matter how sympathetic we are to those who wish to perpetuate it — unless force becomes the order of the day.
Posted by jtf at 8:37 AM