The Mecosta Mission, Russell Kirk at 100 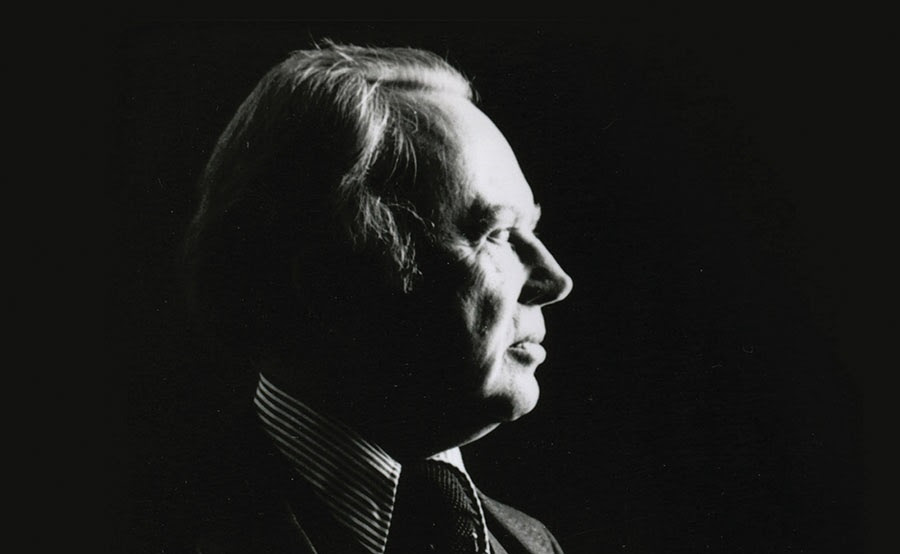 In his poem “The Second Coming,” W. B. Yeats looked upon a world that had just witnessed the four harrowing years of its first world war. In the aftermath he saw the onset of a time of troubles in the Western world: “Things fall apart; the centre cannot hold / Mere anarchy is loosed upon the world.”

Nearly a century after it was written, Yeats’s dire prophecy holds true. The United States—“the essential nation”—sometimes appears united in little but sullen, cynical enmity between every partisan subgroup imaginable. Perhaps we have reached this state of affairs because America is “a nation physically arranged on-the-ground to produce maximum loneliness, arranged economically to produce maximum anxiety, and disposed socially to produce maximum alienation,” as social critic James Howard Kunstler has written. If that assessment is true, is “mere anarchy” our inevitable future?

Perhaps not, for hope can arise from unforeseen sources. One often-overlooked champion of wisdom, true community, and right conduct was the conservative icon Russell Kirk (1918-1994). During the centenary year of his birth, Kirk offered a vision of order that may inspire seekers of centering and purpose.

Born in Plymouth, Michigan and renowned as a founder of post-World-War-II conservatism, Kirk came to international prominence in 1953 with his groundbreaking volume “The Conservative Mind.” He was a historian of ideas, and much of what he wrote endures for our own time of troubles.

“Despair feeds upon despair, hope upon hope,” he once told an American president, adding, “If most people believe the prophets of despair, they will . . . cease to cooperate for the common good. But if most people say, 'We are in a bad way, but we have the resources and the intelligence and the will to work a renewal’ - why, they will be roused by the exigency to common action and reform. It is all a matter of belief."

That and the courage to begin. Kirk’s own life was legendary in this regard. Living in the village of Mecosta, Michigan, he and his wife, Annette, involved themselves in numerous local civic, community, and political boards, promoting policies grounded in prudent change with an eye to accommodate the needs of future generations. They actively supported their local parish church. They planted trees for unborn generations to enjoy. They cultivated a love of beautiful architecture, music, art, and reading in the lives of their four daughters.

Within their home, the Kirks also took in students, who were mentored by Russell Kirk. They rescued a young unwed mother-to-be who had been thrown out of her parents’ house—and then attended to the birth of her child. They sheltered political refugees from Communist countries. They even allowed a harmless homeless man to live with them and gave him a job. And the Kirks did that sort of thing year after year for 30 years.

Commentators have called the Kirks’ work “the Mecosta Mission.” It came about because Russell and Annette Kirk honored the way people in ages past have raised families and interacted with their neighbors in matters of community and transcendent faith. Their lives are worth emulating.

To re-orient the lonely individual and restore the small community through nurturing spirit and character will call for all the wisdom, boldness, and active imagination possessed by the rising generation. The witness of Russell Kirk, born 100 years ago this month, may prove to be a key signpost on the way to cultural renewal. It is all a matter of belief. That and the courage to begin.

James E. Person Jr. is the editor of the recently published "Imaginative Conservatism: The Letters of Russell Kirk."

The Moral Imagination of Russell Kirk-

https://www.nationalreview.com/2014/09/moral-imagination-russell-kirk-m-d-aeschliman/
Posted by jtf at 8:03 AM