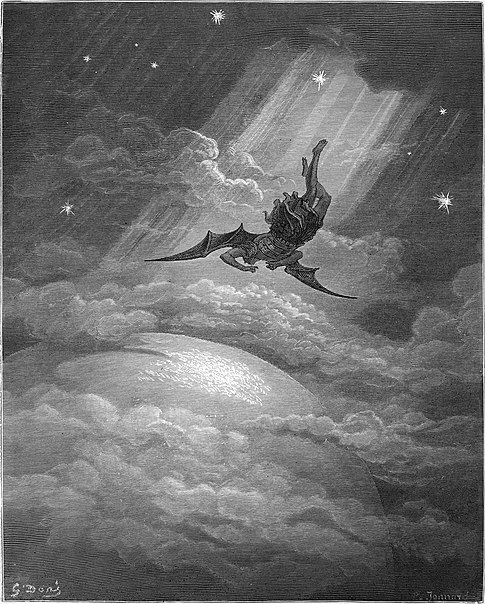 Since November 2016, when Donald Trump was elected president, the American Left has been engaged in one long crackup—a juvenile tantrum of epic proportions marked by hideous screams, rolling eyes, copious tears, foam-flecked lips, and flailing fists and feet that finally allows us to see them for what they really are: a giant 2-year-old in the midst of a frustrated, impotent meltdown.

Indeed, the entire leftist freak show has been on display throughout this remarkable period of American history. Physically, many of the tattooed, body-pierced, bewhiskered, rainbow-haired multitudes resemble something out of a Ray Bradbury novel: The Illustrated Man, perhaps, or Something Wicked This Way Comes. Others recall in aspect the pod people of “Invasion of the Body Snatchers” or the mindless robots of “The Stepford Wives”; still others, well into midlife, ape the style and substance of aging Valley Girls, or the nonjudgmental stoop-shouldered, hollow-chested hipsters currently identifying as non-toxically masculine. Prizing witticism over wit, credentials over education, and facile point-scoring over genuine argument, they bring to mind, intellectually, the dissipated poets of the late Roman Empire, fiddling with strophes and meter while the barbarians crash through the gates and burn the place to the ground.
Indeed, barbarians is precisely how the Left views most Americans: uncouth, uncivilized, brash, poorly read, and incurious about the things that obsess the “reality-based community.” And yet what the Left sees as reality is, in reality, nothing more than its own abstract edifice of The Ways Things Ought to Be.
In public policy, the Left is obsessed (of course) with the Marxist categories of race, sex, and class, but those problems having largely been addressed, it must create new sub-categories of “underprivileged” in order to stoke and keep the home fires of resentment burning. So it’s easy for them to see bearded “women” winning female athletic competitions as both victims and heroes, who simultaneously need to be defended from the yahoos, and celebrated for their “bravery.”
During the eight years of the Obama Administration, this sort of nuttiness was not only tolerated but advocated—mostly, one suspects, pour épater la bourgeoisie. Ascendant Leftists like nothing better than to rub their ideological opponents’ noses in their newly minted delusions, forcing the troglodytes to submit to their increasingly outré notions of normality. In politics, such manifestly absurd notions as “leading from behind” and “soft power” brought only disaster in the realm of foreign policy, emboldening opportunistic jackals like Vladimir Putin and the radical Islamists to whittle away at civilization’s edges, while costing American lives in a literally insane attempt to prove a counterfactual.
But all things must end, even crazy things, and for the Left that day has now arrived. With the sensible electorate nearing the end of its rope during the last elections, Trump’s win  was born of desperation—something the dwindling ranks of the #NeverTrumpumpkins to this day cannot understand. Michael Anton’s famous “The Flight 93 Election” essay resonated both on an intellectual and visceral level; the vast majority of normal Americans may never have read it, but in their hearts, they knew he was right: “Charge the cockpit or you die. You may die anyway. You—or the leader of your party—may make it into the cockpit and not know how to fly or land the plane. There are no guarantees. Except one: if you don’t try, death is certain.”
And now the Left knows it, too; hence their inchoate rage. For leftists are not so much reacting to the gleeful rejection of their crackpot policies as they are to their own realization that their policies were, in fact, lunacy. Men are not women. Inaction is not action. History does not unfold in an “arc” that bends toward their definition of justice. Up is not down. Black is not white. Cultural traditions are not arbitrary impositions from authority, but the residue of millennia of experience. In short, definitions matter—names matter—and truth follows.
As I wrote in my latest book, The Fiery Angel:

The German-born, neo-Kantian philosopher Ernst Cassirer—who, like members of the Frankfurt School, became a member of the faculty at Columbia University after the war—explicitly links the names of things with their essences, returning as far back in time as the ancient Egyptians to prove his point. Discussing the ritual transference of potent names to a new pharaoh, he observes that, “The essential identity between the word and what it denotes becomes even more patently evident if we look at it not from the objective standpoint, but from a subjective angle. For even a person’s ego, his very self and personality, is indissolubly linked, in mythic thinking, with his name. Here, the name is never a mere symbol, but is part of the personal property of its bearer . . . the Word, in fact, becomes a sort of primary force, in which all being and doing originate.”

Which is to say: just because some might call a man a “woman,” or a woman a “man,” doesn’t make it so. This infuriates those for whom the power of the transgressive fantasy is more potent and palatable than reality. But when the gap between what the Left believes to be true and what actually is true become unbridgeable—even by their febrile minds and hyperactive imaginations, and fueled by their satanic rage against the natural order of things—then they cannot help but tumble into the pit.
What’s happening right now is the counterrevolution—not of conservatives, or Republicans, or Trump, but of nature, which always reasserts itself, sometimes in very unpleasant but nonetheless instructive ways. The Greeks called the defiance of the gods and the natural order hubris,which inevitably sent folks like Icarus plunging to their doom. That screeching you hear is not the Left venting its anger at the heavens; it’s the sound of the sheer terror that now possesses them as they plummet to their doom—realizing, too late, that all along they have been dead wrong.
Posted by jtf at 9:59 AM