Komen has its awareness raised

The breast-cancer-fighting foundation could not be permitted to get away with disrespecting Big Abortion. 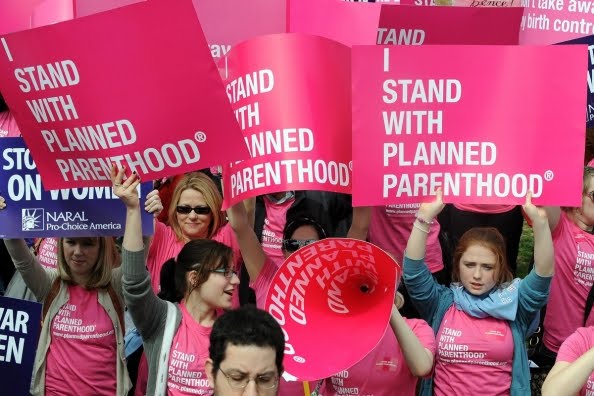 As Sen. Obama said during the 2008 campaign, words matter. Modern "liberalism" is strikingly illiberal; the high priests of "tolerance" are increasingly intolerant of even the mildest dissent; and those who profess to "celebrate diversity" coerce ever more ruthlessly a narrow homogeneity. Thus, the Obama administration's insistence that Catholic institutions must be compelled to provide free contraception, sterilization and abortifacients. This has less to do with any utilitarian benefit a condomless janitor at a Catholic school might derive from Obamacare, and more to do with the liberal muscle of Big Tolerance enforcing one-size-fits-all diversity.

The bigger the Big Government, the smaller everything else: In Sweden, expressing a moral objection to homosexuality is illegal, even on religious grounds, even in church, and a pastor minded to cite the more robust verses of Leviticus would risk four years in jail. In Canada, the courts rule that Catholic schools must allow gay students to take their same-sex dates to the prom. The secular state's Bureau of Compliance is merciless to apostates to a degree even your fire-breathing imams might marvel at.

Consider the current travails of the Susan G. Komen Foundation. This is the group responsible for introducing the pink "awareness-raising" ribbon for breast cancer – as emblematic a symbol of America's descent into postmodernism as anything. It has spawned a thousand other colored "awareness-raising" ribbons: my current favorite is the periwinkle ribbon for acid reflux. We have had phenomenal breakthroughs in hues of awareness-raising ribbons, and for this the Susan G. Komen Foundation deserves due credit.

Until the other day, Komen were also generous patrons of Planned Parenthood, the "women's health" organization. The Foundation then decided it preferred to focus on organizations that are "providing the lifesaving mammogram." Planned Parenthood does not provide mammograms, despite its president, Cecile Richards, testifying to the contrary before Congress last year. Rather, Planned Parenthood provides abortions; it's the biggest abortion provider in the United States. For the breast cancer bigwigs to wish to target their grants more relevantly is surely understandable.

But not if you're a liberal enforcer. Sen. Barbara Boxer, with characteristic understatement, compared the Komen Foundation's Nancy Brinker to Joe McCarthy: "I'm reminded of the McCarthy era, where somebody said: 'Oh,' a congressman stands up, a senator, 'I'm investigating this organization and therefore people should stop funding them.'" But Komen is not a congressman or a senator or any other part of the government, only a private organization. And therefore it is free to give its money to whomever it wishes, isn't it?

Dream on. Liberals take the same view as the proprietors of the Dar al-Islam: Once they hold this land, they hold it forever. Notwithstanding that those who give to the Foundation are specifically giving to support breast cancer research, Komen could not be permitted to get away with disrespecting Big Abortion. We don't want to return to the bad old days of the back alley, when a poor vulnerable person who made the mistake of stepping out of line had to be forced into the shadows and have the realities explained to them with a tire iron. Now Big Liberalism's enforcers do it on the front pages with the panjandrums of tolerance and diversity cheering them all the way. In the wake of Komen's decision, the Yale School of Public Health told the Washington Post's Sarah Kliff that its invitation to Nancy Brinker to be its commencement speaker was now "under careful review." Because God forbid anybody doing a master's program at an Ivy League institution should be exposed to anyone not in full 100 percent compliance with liberal orthodoxy. The American Association of University Women announced it would no longer sponsor teams for Komen's "Race for the Cure." Sure, Komen has raised $2 billion for the cure, but better we never cure breast cancer than let a single errant Injun wander off the abortion reservation. Terry O'Neill of the National Organization for Women said Komen "is no longer an organization whose mission is to advance women's health." You preach it, sister. I mean, doesn't the very idea of an organization obsessively focused on breasts sound suspiciously patriarchal?

As Kate Sheppard, the "reproductive rights" correspondent of Mother Jones, tweeted triumphantly, "Overheard in the office: 'Come at Cecile Richards, you best not miss.'"

Indeed. If you strike at the King, you must kill him. If you merely announce that, following a review of grant-eligibility procedures you're no longer in a position to make your small voluntary donation to the King, your head will be on a pikestaff outside the palace gates. By Friday morning lockstep liberalism had done its job. All that was missing was James Carville to declare, "Drag a hundred-dollar bill through an oncology clinic awareness-raising free mammogram session, you never know what you'll find." After 72 hours being fitted for the liberals' cement overcoat and an honored place as the cornerstone of the Planned Parenthood Monument to Women's Choice, Komen attempted to chisel free and back into the good graces of the tolerant: As Nancy Brinker's statement groveled, "We want to apologize to the American public for recent decisions that cast doubt upon our commitment to our mission of saving women's lives."

The Wall Street Journal's James Taranto was unimpressed by the liberal protection racket (Nice little charity you've got there; be a shame if anything were to happen to it). As Taranto pointed out, in a real-life protection racket, the victim never pays voluntarily: "The threat is present from the get-go." By contrast, Komen's first donations to Big Abortion were made voluntarily. A prudent observer would conclude that the best way to avoid being crowbarred by Cecile Richards is never to get mixed up with her organization in the first place.

It's not like she needs the money. Komen's 2010 donation of $580,000 is less than Ms. Richards' salary and benefits. Planned Parenthood commandos hacked into the Komen website and changed its slogan from "Help us get 26.2 or 13.1 miles closer to a world without breast cancer" to "Help us run over poor women on our way to the bank." But, if you're that eager to run over poor women on the way to the bank, I'd recommend a gig with Planned Parenthood: the average salary of the top eight executives is $270,000, which makes them officially part of what the Obama administration calls "the one percent." In America today, few activities are as profitable as a "nonprofit." Planned Parenthood receives almost half a billion dollars – or about 50 percent of its revenues – in taxpayer funding.

A billion dollars seems a lot, even for 322,000 abortions a year. But it enables Planned Parenthood to function as a political heavyweight. Ms Richards' business is an upscale progressives' ideological protection racket, for whom the "poor women's" abortion mill is a mere pretext. The Komen Foundation will not be the last to learn that you can "race for the cure," but you can't hide. Celebrate conformity – or else.