The NYPD Caves to CAIR 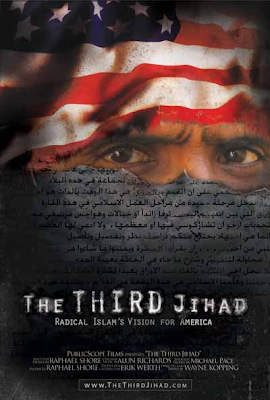 On Monday, the New York Post reported on a website where would-be jihadists have been “meticulously dissecting” convicted terrorist Faisal Shahzad’s failure to detonate a car bomb in Times Square in 2010. The purpose of this dissection is to improve the chances of the next bomber’s ability to carry out a mission of destruction. The Department of Homeland Security (DHS), who has distributed these analyses to law enforcement officials, consider them critical in understanding violent jihad. Thus, it is a little more than ironic that the New York City Police Department (NYPD) has been brow-beaten by the American left and the Council on American-Islamic Relations (CAIR) to stop showing the anti-extremist film, The Third Jihad to police personnel. Thankfully, some Muslims have seen through the political intimidation. Enter Dr. M. Zuhdi Jasser, president of the American Islamic Forum for Democracy (AIFD).

Dr. Jasser, a devout Muslim, refuses to buy into the conventional “wisdom” embraced by both the New York Times and CAIR, both of whom see any attempt to inform police personnel (or anyone else) about the aspirations of violent jihadism as tantamount to Islamophobia. “Last week’s controversy over the NYPD’s showing of the documentary ‘The Third Jihad,’ which I narrated, has brought horrendous distortion of the film and my body of work against radical Islam,” writes Jasser. “It seems obvious that The New York Times, and in its wake the NYPD and Mayor Bloomberg, is buying into blatant inaccuracies peddled by the Council on American-Islamic Relations–a group named in federal testimony as linked to the terrorist organization Hamas and one to which the FBI has broken off all ties.”

Times reporter Michael Powell’s latest article, “In Police Training, a Dark Film on Muslims,” is hardly news. It is essentially the re-telling of a story published by the uber-leftist Village Voice newspaper over a year ago, describing the film as “a full-length color feature, with more explosions than a Transformers sequel and more blood-splattered victims than an HBO World War II series.” The Voice contends the film is a “spectacularly offensive smear of American Muslims.” Powell augments that theme. “Ominous music plays as images appear on the screen: Muslim terrorists shoot Christians in the head, car bombs explode, executed children lie covered by sheets and a doctored photograph shows an Islamic flag flying over the White House,” he writes.

If Mr. Powell has bothered to do anything resembling honest reporting, he might have informed his readers that the flag in question can be found in a picture of a poster held by Muslim radical themselves, demonstrating at the site of the 9/11 terror attack in New York during an anti-jihadist rally on February 1st–2006. Powell further notes that the film was shown even as the NYPD “wrestles with its relationship with the city’s large Muslim community” and, as a result of the film’s dissemination, “members of the City Council, civil rights advocates and Muslim leaders say the department, in its zeal, has trampled on civil rights, blurred lines between foreign and domestic spying and sown fear among Muslims.”

Dr. Jasser isn’t buying it. “The facts outlined in ‘The Third Jihad’ are almost entirely based on documents submitted into evidence by federal prosecutors in the largest terrorism-financing trial in American history, US v Holy Land Foundation, et al.,” he writes. “Those documents show the common Muslim Brotherhood origins of CAIR and many of the other groups courted by most of the US media and many government officials, especially since 9/11. The Muslim Brotherhood may have vast differences with al Qaeda on tactics, but they share the same Islamist, global goals,” he adds.

In the 2008 case, United States v. Holy Land Foundation, where five former leaders of a U.S.-based Muslim charity were convicted on all 108 counts of funneling more than $12 million to the Palestinian terrorist group Hamas, CAIR was named as an “unindicted co-conspirator.” As mentioned above by Dr. Jasser, this resulted in the complete severing of ties between CAIR and the FBI. Yet CAIR is nonetheless apparently influencing the NYPD and Mayor Michael Bloomberg.

According to the original Village Voice article, “Zead Ramadan, president of CAIR’s New York board, said he raised the matter [of the film] with police commissioner Ray Kelly when he saw him at a Gracie Mansion celebration of Eid, the Muslim holy day. ‘I told him we’d had this report about a disturbing movie being shown to police officers. The commissioner seemed concerned, but said he knew nothing about it, that a consultant company handled that part of the training. I said, ‘You should review who your consultants are because this is potentially damaging to the city.’ He said he would take care of it.’”

Taking care of it is exactly what Kelly and Bloomberg did. Kelly, who appeared in the film after agreeing to do an interview in 2007 with the film’s director, Erik Worth, acknowledged last Tuesday through spokesman Deputy Commissioner Paul J. Browne that he had “personally cooperated” with the film-maker. Brown had originally told the NY Times that Kelly’s participation consisted of old interview clips. The film’s producer, Raphael Shore, emailed the newspaper, detailing Kelly’s cooperation in a 90-minute interview on March 19, 2007. Browne then revised his story, noting that he himself “recommended in February 2007 that Commissioner Kelly be interviewed.”

Yet Kelly apparently couldn’t handle the political pressure inveighed against him, pressure from Muslim civil rights groups (including CAIR) demanding his resignation from the force. Nihad Awad, national director of CAIR, contended Kelly has “disqualified” himself from leading the NYPD. “As leaders of the nation’s largest police department, Commissioner Kelly and Deputy Commissioner Browne’s actions set a tone for relations with law enforcement that impact American Muslims nationwide,” Awad said. “It’s time for change.” As a result, Kelly disavowed his participation in the film. “Commissioner Kelly told me today that the video was objectionable,” explained Browne, “and that he should not have agreed to the interview five years ago, when I recommended it.”

Undoubtedly influencing Kelly’s decision was see-no-Islamist-evil Mayor Michael Bloomberg. Bloomberg explained that whoever showed the film to police during training “exercised some terrible judgment,” and he vowed to find out who it was. A police sergeant who reportedly made the decision to play it has been reprimanded.

Dr. Jasser is incensed by such political capitulation to the likes of CAIR and its leftist enablers: “I participated in the documentary because we Muslims need to have a true jihad against the radicals who seek to hijack our faith. In this country, millions of us cannot be represented by any single leader or lobby; we are far too ideologically diverse. Political Islam is the lifeblood of groups like CAIR; they will never publicly acknowledge its incompatibility with western liberalism and Americanism. Were Americans ever to finally become educated to the slippery slope between nonviolent Islamism (political Islam) and Islamist militancy, the legitimacy of these Muslim-Brotherhood-legacy groups would evaporate. In fact, many of us who have long sought to take on the Islamist establishment in America formed the American Islamic Leadership Coalition, a group Mayor Bloomberg and the Times would do well to reach out to in the future before trying to apostatize any movies narrated by observant Muslims.”

This is the crux of the issue. For years, CAIR has been granted the greatly undeserved status of “official spokesmen” for the Muslim community at large. That they have remained so in light of their status as an unindicted co-conspirator in the Holy Land Foundation case is appalling. Even more appalling is the fact that the Eric Holder-led Department of Justice declined to pursue further investigations against the 246 individuals and organizations named as unindicted co-conspirators in United States v. Holy Land Foundation–specifically the CAIR and its co-founder, Omar Ahmad, along with the Islamic Society of North America (ISNA) and the North American Islamic Trust (NAIT).

Why are we attempting to “build bridges” with suspect Muslim organizations while legitimately pro-American Muslim organizations remain marginalized? Dr. Jasser has the answer. “One of the chief ways that radical Islamists across the globe silence anti-Islamist Muslims is to publicly push them outside of Islam, to declare them non-Muslims, not part of the community (ummah), and so subject them to takfir (declaring them apostates). That is what the vicious distortions about this film do to my work and the work of so many others within the House of Islam who are trying to publicly take on the American Islamist establishment.”

Political statesman Edmund Burke said “all that is necessary for triumph of evil is that good men do nothing.” Dr. M. Zuhdi Jasser and the American Islamic Forum for Democracy are attempting to do something, as in illuminate both the problem of, and the solution to, the West’s relationship with Islam. That he remains a relatively obscure voice, even as leftists remain naively attached to the machinations of CAIR, et al., is a tragedy.

Unindicted terrorist co-conspirators have no business contributing anything to the national conversation about radical Islam. That they still do speaks as badly of those who take them seriously as it does of the co-conspirators themselves. Perhaps all of their motives should be as “meticulously dissected” as the plans of would-be jihadists.