As Pastor Matt Smith sat Wednesday in the federal immigration detention center in Otay Mesa, he thought back to an afternoon in 2008 when he and Mosab Hassan Yousef prayed together while walking along an alley in Mission Bay.

Yousef was sleeping on the floors of friends’ houses. He didn’t have a job. He was losing his battle for political asylum in the United States.

The Palestinian, who was in the country on a tourist visa, wanted to go public with his story of converting to Christianity, being the son of Hamas’ co-founder and spending a decade spying on the militant group for Israel. But he feared retaliation from Islamic terrorists and rejection by family members.

“It was very hard for him to decide to do it,” Smith said.

After more praying that night, Yousef set out on a path leading to the March publication of “Son of Hamas,” a memoir that sent shock waves through the Israeli and Palestinian governments and reached No. 10 on The New York Times best-seller list. 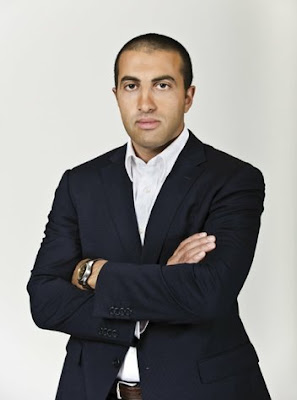 Instead, the hearing ended after only 15 minutes when government lawyers said they no longer opposed the request.

“There has been a change in the department,” Homeland Security attorney Kerri Calcador told Bartolomei without elaborating.

Outside the detention center, Yousef hugged Smith and other members of the Barabbas Road Church in La Jolla.

“I was surprised,” Yousef, 32, said of the government’s about-face. “This country is the greatest country because the Constitution protects liberty all the time.”

His lawyer, Steven Seick, said recent letters of support from 22 members of Congress and two members of the Knesset, Israel’s parliament, probably helped sway immigration officials. The letters were entered into the court record Wednesday.

Until the hearing, immigration officials had questioned Yousef’s claims that he helped Shin Bet, Israel’s domestic security service, kill Hamas officials and thwart bombing attacks while working as a driver and aide to his father, Sheik Hassan Yousef.

The younger Yousef has lived in the San Diego area since arriving in the United States in 2007. The trip followed his rejection of his Islamic faith in 2005. Yousef said he was drawn to San Diego after meeting Christian missionaries from a local church who were visiting Israel.

In their initial opposition to the asylum request, Homeland Security lawyers said Yousef had engaged in terrorist activity and was a danger to the security of the United States.

They pointed to a portion of Yousef’s book that described his driving five Hamas members to a safe house after their release from a Palestinian Authority prison. The five were later connected to two terrorist bombings, including a July 2002 attack on a Hebrew University cafeteria in Jerusalem that killed Marla Ann Bennett, 24, a student from San Diego, and eight others.

On his blog, Yousef wrote in May that his job as a spy required him to be involved in as many of his father’s activities as possible. “So when he asked me to go with him to pick up these guys … I went.”

Yousef said he eventually turned over information that tied the men to the cafeteria bombing.

His account makes sense, said Michael Bennett, father of Marla Ann. He still lives in the Del Cerro neighborhood of San Diego with his wife, Linda.

Israeli police “would have never gotten these guys if somebody hadn’t talked,” Michael Bennett said. “They really had no evidence.”

He expressed cautious support for what U.S. immigration officials did in the Yousef case Wednesday.

“If it’s true that (Yousef) really was an undercover agent, then I’m glad because he didn’t do anything wrong,” Bennett said.

Gonen Ben Itzhak, a retired Shin Bet agent, traveled from Israel to San Diego this week to corroborate Yousef’s story as a sworn witness in the hearing. He decided to break his cover, an extraordinary gesture that made headlines in the Israeli press.

Itzhak said he was Yousef’s handler and was known to the Palestinian only by his code name, Captain Loai, while they worked together.

“I came to say that Mosab is not a terrorist,” Itzhak said after the court session. “He’s a great guy. Basically, I came to tell the truth.”

In one of the letters presented Wednesday, Knesset Foreign Affairs and Defense Committee Chairman Tzachi Hanegbi and committee member Einat Wilf thanked Yousef for his work from 1998 through 2007.

“You acted with resolute determination, under the guidance of the Israel security agency, to thwart terrorist attacks and the killing of innocent people while exhibiting personal courage, reliability and dedication,” according to a translation of the Hebrew letter. “At this time, when you are personally paying a high price for your daring decision to disclose this, we deem it a pleasant duty to simply say thank you very much.”

Yousef said he first contemplated helping Shin Bet while in an Israeli prison and seeing Hamas prisoners attack other Palestinians.

Although Yousef’s family has disowned him, he hopes to one day reunite with his father, who is serving a six-year sentence in an Israeli prison.

Yousef said he will continue offering assistance to U.S. investigators and speaking out publicly against terrorism while promoting his book. He also plans to seek U.S. citizenship and apply to Harvard University to pursue a master’s in Middle Eastern studies.

.
Thank God he will get asylum, finally DHS does the right thing.

Who are we to say that killing hundreds of people every month in the name of Allah is the height of evil? That is just their culture and ideology and it MUST be respected. Morality is all relative, we must remember that.

http://TheReligionOfPeace.com/
.
absurd thought -
God of the Universe says
cut off your wife's head

if she dishonors you
by asking for a divorce

.
absurd thought -
God of the Universe wants
all planets Islamic

Earth is one of many
in process of conversion

.
absurd thought -
God of the Universe wants
many Taliban planets

.
absurd thought –
God of the Universe says
convert the infidels

Thanks for your comments and thanks for reading. I couldn't agree with you more. Happy Independence Day...hopefully, we'll have many more. - jtf