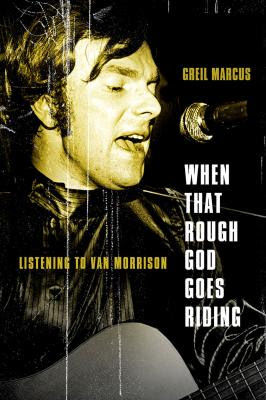 WHEN THAT ROUGH GOD GOES RIDING

Writing about the songs of Van Morrison is rightly seen as something of a paradox. Perhaps that’s because, for all his scholarly use of multiple musical styles and his references to Yeats and Joyce, the Belfast Cowboy’s work is more sensual than it is intellectual. Which makes the renowned rock critic Greil Marcus, who’s written definitively on Elvis and Bob Dylan, the right man to plumb that work. Combining an incantatory prose style with careful reporting and inventive, sometimes infuriating judgments, Marcus manages to illuminate Morrison’s cerebral soul music — even if, as the singer once claimed, “the process is beyond words.”

“When That Rough God Goes Riding” is more a series of nonfiction short stories than a straightforward analysis. Marcus devotes virtually every chapter to a wide-ranging discussion of a Morrison album, song or live performance. Fittingly, just as the singer peppers his songs with eclectic allusions to Muddy Waters and William Blake, Marcus, too, brings in endless cultural signifiers, the better for us to understand the music. This means comparing Morrison’s version of Bob Dylan’s “It’s All Over Now, Baby Blue” to Raymond Chandler’s writing: “It begins like the first page of a detective novel, with three clipped, odd bass patterns, like a knock on the door, but with an odd fatalism.” Throughout the book, Marcus also makes reference to artists as disparate as the comic Robert Klein, the director Neil Jordan and the novelist Jonathan Lethem, so that we might get a sense of Morrison’s complex appeal. Mostly, these comparisons feel strangely accurate. Sometimes, as when Marcus compares the music to Bob Beamon’s astonishing long jump, he’s, uh, stretching things a bit. 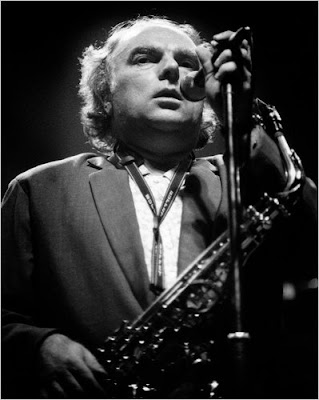 As with any critic whose strong tastes make him a maverick, occasionally you want to lasso Marcus and bring him under control. That point comes after a reverential chapter on Morrison’s magnum opus, “Astral Weeks.” It’s one thing to adore the record and write that Morrison is “saying everything in the cues of his chords, hesitations, lunges, silences, and in those moments when he loosed himself from words and floated on his own air.” It’s quite another to dismiss 16 (!) of Morrison’s recordings, from 1980 to 1996, as an “endless stream of dull and tired albums” that carry “titles like warning labels.” Marcus suggests that the slump ended only with “The Healing Game,” which contains the song that gives his book its title. This is where certain serious music critics always lose me.

Sure, the pop-jazz knockout “Astral Weeks” is deep, beautiful, painful. But it’s also become something of a shillelagh, often used to club other fine Morrison albums. O.K., Morrison explores all the ­requisite literary topics on “Astral Weeks”: sex, death, loss. Yet he is also tremendously convincing on less quirky albums. One listen to the radiant “Someone Like You,” from the “tired” “Poetic Champions Compose,” proves that. Also, Morrison showed in the course of those 16 albums that he was as interested in an evolving musical sophistication as he was in being the heartbroken Beat poet. It all depends on your mood, anyway. Sometimes you want “Cyprus Avenue.” Other days, “Have I Told You Lately” is exactly right.

Still, that’s what the most thoughtful music critics make you do: argue like crazy about their choices and ideas. And it’s what Marcus does here — reminding us, even as he antagonizes us, why we listen to Morrison in the first place. But the author might want to remember something simple. Sure, it’s great to hear Morrison sing about the dark, disturbed Madame George. Sometimes, though, all you want to listen to is “Brown-Eyed Girl” because, at that moment, “sha la la” says everything a rock fan needs to know.


Peter Gerstenzang is a humorist and a freelance journalist.
Posted by jtf at 1:28 PM

Email ThisBlogThis!Share to TwitterShare to FacebookShare to Pinterest
Labels: Books and Things, Music