Plan to Combat Global Warming? Pie in the Sky

Even decades from now, the benefits would still dwarf the cost.

Whenever you hear a politician start a sentence with, “If we can put a man on the moon . . . ,” grab your wallet.

For years, Democrats, enthralled by the cargo cult of the Kennedy presidency, have used the moon landing as proof that no big government ambition is beyond our reach. 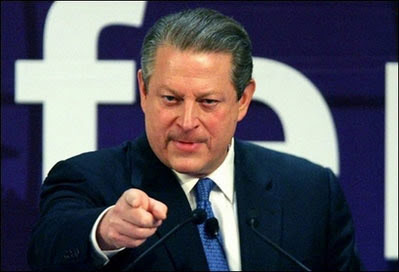 The latest example of anthropogenic-lunar empowerment is global warming. Al Gore and Barack Obama routinely cite the Apollo program as proof that we can make good on the president’s messianic campaign pledge to stem the rising ocean tides and hasten the healing of the planet.

The problem with the “if we can put a man on the moon, we can certainly spend trillions on this or that” formulation is that it sees political and scientific accomplishments as interchangeable. The moon landing was a daunting but nonetheless discrete challenge. Throw in enough brainiacs and blank checks — and heroes willing to risk their lives — and it is almost foreordained that someone will make that small step for man and that giant leap for mankind.

But politicians see things through a political lens — every great accomplishment looks like a political accomplishment. Kennedy cultists seem to think that JFK’s pledge succeeded in part because he was eloquent and inspiring and popular. No doubt all that helped. But if Kennedy had promised that by the end of the decade America would have a fully functioning perpetual-motion machine, his grand challenge would be remembered as a joke.

Recall that Kennedy’s successor, with far more political capital than Kennedy had, promised to defeat poverty. Historian Steven Hayward notes that in 1966, Lyndon Johnson’s commander in the War on Poverty, Sargent Shriver, told Congress that the White House believed poverty in America would be eliminated within ten years. “Why,” Hayward wryly asks, “should social science be more difficult than rocket science?”

I don’t know that one is more difficult than the other, but I do know that they are not interchangeable. Physics is good at figuring out how to split atoms. And what has sociology figured out? Not very much.

Obama seems to be on both sides of the lesson. The president says he wants to invest massively in scientific research, eventually spending 3 percent of gross domestic product on scientific R&D, with a big chunk devoted to energy research. Who knows? That might work.

But at the same time, the Democrats are pushing their cap-and-trade scheme — the Waxman-Markey climate bill — through Congress, and it surely won’t work.

The Apollo engineers’ motto was “Waste anything but time.” Waxman-Markey seems to do that one better, promising to waste everything, including time. It’s a legislative blunderbuss that fails any remotely honest cost-benefit analysis, as Jim Manzi painstakingly demonstrates in the current issue of National Review. Under the bill, the government would sell or give away waivers — call them ration cards — for carbon emissions, worth tens of billions of dollars. The system is destined to become politicized. Waivers will be granted to favored industries and donors in states with political clout.

If everything worked exactly according to plan, it would cost the economy trillions of dollars over the coming decades. Meanwhile, climatologist Chip Knappenberger — administrator of the World Climate Report, an avowedly global-warming-skeptical blog — uses standard climate models to show that the payoff would be to reduce global temperatures by about 0.1 degree Celsius by 2100. Sponsors of the legislation haven’t offered a competing analysis.

“The costs would be more than ten times the benefits,” writes Manzi, “even under extremely unrealistic assumptions of low costs and high benefits.” All the while, China, India, and other countries are simply scoffing at the suggestion they curtail their carbon emissions.

Now, I am more skeptical about the threat of global warming than Manzi is, never mind the Al Gore chorus. But let us assume the chorus is right and it is the moral equivalent of a war for our very survival as a civilization. The question remains: Why? Why this approach? Why see global warming as an excuse to expand government regulation and taxation rather than invest in problem-solving?

The U.S. government could spend trillions on research into scrubbing carbon from the air, bioengineering organisms to eat greenhouse gases, or crafting substances to reflect more heat back into space. We could establish prizes for development of long-life batteries or clean coal technologies. And if any of these investments paid off, decades from now the benefits would still dwarf Waxman-Markey at a fraction of the cost. It hardly takes a rocket scientist to see that.