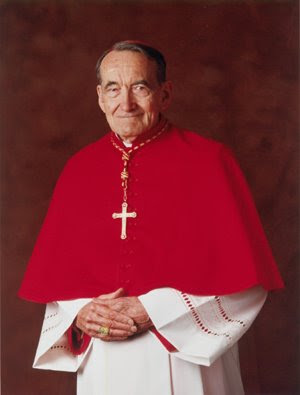 Avery Cardinal Dulles was one of the greatest thinkers in the modern Roman Catholic church and perhaps its most distinguished representative in the United States. The first American Jesuit to be named a cardinal, and for his last two decades a professor at Fordham University, New York, he was acknowledged to be the dean of American Catholic theologians.

His influence, however, extended far beyond the US. He was a prolific writer and lecturer, whose work ranged from studies of John Henry Newman and Pope John Paul II to original essays in ecclesiology and explorations of the theology of revelation and of faith. Few modern theologians have thought so deeply or so productively about the nature and purpose of their discipline and its role both in the Church and in the world.

Avery Robert Dulles was born in 1918 in Auburn, upstate New York, into the old northeastern US Establishment — a class of privilege, Protestantism, and stern New England duty. His family was not conspicuously wealthy but from its 17th-century origins among the Puritans and down to Dulles’s day, it had enjoyed a kind of complete self-assurance, a perpetual confidence about its place and its duty in the world. Behind the family members stood the elite boarding schools and Ivy League universities, weekends on sailboats, grand tours of European capitals, the house on Long Island, the summer place upstate, the Navy, the foreign service.

Avery Dulles’s looks betrayed those origins. Tall and spare, he was a lanky man with a large square chin, thin lips, and prominent eyebrows over sharp, inquisitive eyes. And from those Establishment origins he chose the unlikely path of conversion in 1940, while a student at Harvard University, to what was, in those days in the US, very much the lower-class religion of Catholicism.

After wartime service in the US Navy, in which he rose to the rank of lieutenant and won the Croix de Guerre for his work as liaison to the Free French, he joined the Society of Jesus in 1946. In 2001 he was elevated to the cardinalate, his red hat a tribute to what he had achieved in the intervening half century.

By the time of death, from the after-effects of the polio that he had contracted during the war, Dulles had published more than 700 theological articles and 23 books, becoming, along the way, the most important American Catholic theologian of the 20th century.

Dulles’s great-grandfather, John Watson Foster, had been President Harrison’s secretary of state. His great-uncle, Robert Lansing, was President Wilson’s. His father, John Foster Dulles, was President Eisenhower’s. His uncle, Allen Dulles, led the CIA from 1953 to 1961. His aunt, Eleanor Dulles, was an influential State Department officer and Washington hostess.

The Establishment of which Dulles’s family was a member reached its peak during the Cold War, but it stood on the shoulders of earlier establishments, particularly the long line of Protestant ministers who had preached Calvinism to America since the days of the nation’s beginning.

Dulles’s grandfather, Allen Macy Dulles, was a Presbyterian pastor and co-founder of the American Theological Society. His father, John Foster Dulles — coming to believe that only the gospel and international organisation could preserve world order — first found wide notice as an expert on international affairs by chairing a 1941 peace commission for the Federal Council of Churches.

Still, Avery Dulles described himself as an agnostic and materialist when he arrived at Harvard as an undergraduate in 1936. The subsequent decade saw many prominent Catholic conversions in the US, particularly intellectual and literary ones. But even for his intellectualised generation, Dulles had a conversion that was curiously cerebral. It began when, as an undergraduate, he became convinced that Catholic versions of philosophy offered more complete accounts of the world than other philosophical systems. Acceptance of the philosophy drew him to acceptance of the theology, which in turn drew him to acceptance of the faith — except, of course, that intellectually accepting the need for faith is not the same as actually having faith.

But then, in 1939, “one grey February afternoon”, in Harvard’s Widener Library, as he wrote in his conversion memoir, A Testimonial to Grace (1946), “I was irresistibly prompted to go out into the open air . . . . The slush of melting snow formed a deep mud along the banks of the River Charles, which I followed down toward Boston . . . . As I wandered aimlessly, something impelled me to look contemplatively at a young tree. On its frail, supple branches were young buds . . . . While my eye rested on them, the thought came to me suddenly, with all the strength and novelty of a revelation, that these little buds in their innocence and meekness followed a rule, a law of which I as yet knew nothing . . . . That night, for the first time in years, I prayed.”

By 1940, his first year in Harvard law school, Dulles was ready to be received into the Catholic Church. He founded the St Benedict Centre, an independent Catholic evangelising organisation in Boston, and he fell, briefly, under the spell of Father Leonard Feeney, SJ, a charismatic street preacher later involved in controversy over his strong views of the eternal damnation of all who are not explicitly baptised members of the Catholic Church.

After the bombing of Pearl Harbor in December 1941, he joined the Navy, and it was not until after his recovery from polio in 1946 that he returned to the US, at which time he decided the intellectual career he wished to pursue called him to become a Jesuit. He joined the Society of Jesus and was ordained a priest in 1956.

One sign of the nearly universal admiration in which Dulles was held is the 33 honorary doctorates he received from European and American universities, but a greater sign may be that he was elected president of both the Catholic Theological Society and the (primarily Protestant) American Theological Society.

His books ran from a 1941 study of Pico della Mirandola, published when he was only 22, to the 2008 collection of his McGinley lectures at Fordham, published when he was 90. Along the way he wrote studies of revelation, dogma, and Christian unity, together with essays and monographs on nearly everyone from St Augustine to Robert Bellarmine to John Paul II. The most cited of his works remains his 1974 Models of the Church, an attempt to identify diverse understandings of the Christian Church and to define a method of theology that can, under the rubric of “models”, seek harmony among hotly disputed positions.

And yet Cardinal Dulles leaves behind no clear Dullesian theology — as one might speak of the unique systems and methods of such other 20th-century theologians as Karl Rahner and Hans Urs von Balthasar.

“Christian tradition is marked by a deep reverence for its own content, which it strives to protect against any dilution or distortion,” he once wrote, and he saw that the purpose of theological writing is not intellectual surprise or verbal fireworks. It is, rather, “to impart a tacit, lived awareness of the God to whom the Christian Scriptures and symbols point.”

The result was a kind of sane balance in his thought, wholly within the tradition but willing to examine new ideas and to show how they could fit within the full history of Christian theology.

The writings of the philosopher of science, Michael Polanyi, had a profound effect on Dulles, and he took to heart Polanyi’s insight that all thought depends in some way on authority. The authority to which he devoted his great intellectual gifts was the deposit of faith in the Catholic Church, set in place by its philosophers, its theologians, its councils, its popes, and its collective believers.

Perhaps that is why his greatest influence came as an interpreter of the Second Vatican Council. Explaining the liberalism of Vatican II to an older generation that had experienced only the unified, pre-conciliar Church, he was often identified as a voice for liberal Catholics in the 1970s. Explaining the conservatism of Vatican II to a new generation that had experienced only the fragmented post-conciliar Church, he became something of a leader for conservative Catholics in the 1990s.

But it always remained the centrality of the Second Vatican Council that he set himself to explain. From the beginning, the self-imposed work of the Dulles family — the discipline of their class — was to ensure that the centre held. That was true in the years that followed the Civil War, and again in the aftermath of the First World War, and again, in the long struggle of the Cold War. That was true as well for Avery Dulles, even though he had abandoned the world his family made for him.

The Irish-dominated, immigrant church of US Catholicism made for him something far different — an alien system of thought, an alien class — from anything his fathers had known. But still a Dulles was there, making certain that things did not fall apart.

After his consecration as a cardinal in Rome on February 21, 2001, the Gregorian University hosted a meal in his honor. Over the rattle of after-dinner coffee cups, various high-ranking ecclesial figures rose to praise Dulles’s life and work. The most revealing moment, however, may have come when, unexpectedly, one of his Dulles cousins stepped to the podium.
An aristocrat of that strange, old American variety — tall and puritanically thin, well but primly dressed, a daughter of stern Protestant New England — she explained that she had overheard as a child the outraged family discussions of the young Avery’s conversion. Uncle Allen, Aunt Eleanor, John Foster, all the senior family members gathered around to complain that the best and brightest of the family’s next generation seemed determined to throw his promising life away. “And, of course, they were right,” she said. “He did throw that life away. He threw it away for God.” 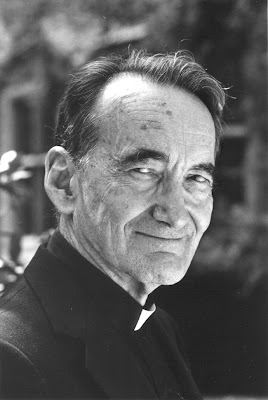 Created cardinal for his theological work by John Paul II, Avery Dulles was one of the great figures of the twentieth century: a theologian, an intellectual, a teacher, a writer, a lecturer, and a kind and gentle man.

In his long life, he wrote more than 700 articles and twenty-two books, and it is hard to imagine how anyone today can fill the roles he played in the Catholic world and American public life. As the disease that took his life progressed, his final months were a trial that took away his powers to speak, write, and move. But he seemed, in those months, to live even more serenely, more spiritually, and more beautifully. May God welcome him home.

Among his writings were many works for First Things, including:

The Freedom of Theology
Who Can Be Saved?
Saving Ecumenism from Itself
God and Evolution
Love, the Pope, and C.S. Lewis
From Ratzinger to Benedict
The Covenant With Israel
Mere Apologetics
The Deist Minimum
The Rebirth of Apologetics
The Church in a Postliberal Age
True and False Reform
The Population of Hell
Passionate Uncertainty
Religious Freedom: Innovation and Development
Catholicism & Capital Punishment
The Future of the Papacy
What Price Reform?
Can Philosophy Be Christian?
Two Languages of Salvation
Witness to the Witness
Evangelical and Catholic
Should the Church Repent?
Problems of Ecclesiology
The Ways We Worship
Evangelizing Theology
John Paul II and the Truth about Freedom
The Challenge of the Catechism
Historians and the Reality of Christ
Tradition and Creativity in Theology
Ecumenism Without Illusions: A Catholic Perspective
The Eve of St. Agnes—Green Bay, 2008
Posted by jtf at 7:32 AM