Hip-Hop Is Rock ’n’ Roll, and Hall of Fame Likes It

Grandmaster Flash and the Furious Five became the first hip-hop act to be inducted into the Rock and Roll Hall of Fame.

Last night at the Waldorf-Astoria, Grandmaster Flash and the Furious Five, who proved that hip-hop was more than party music with their 1982 hit “The Message,” became the first hip-hop group to be inducted into the Rock and Roll Hall of Fame.

Joseph Saddler, better known as the disc jockey and producer Grandmaster Flash, said backstage, “It opens the gates to our culture.”

Jay-Z, the rapper who is chief executive officer of Def Jam Records, handed the awards to the group. Reading his speech from a personal digital assistant, he said, “The shot heard ’round the world was fired from the South Bronx.”

When Melle Mel, the rapper on “The Message,” stepped up to speak, he urged the music executives in the audience to “make hip-hop the culture that it was, instead the culture of violence it is right now.”

Joining the rappers as new members of the Hall of Fame were the poet-turned- punk-rock-pioneer Patti Smith, the three-member girl group the Ronettes, the hard-rock band Van Halen and the Georgia college-town rockers R.E.M.

It was the hall’s first awards ceremony to be broadcast live, on both the cable channel VH1 Classic and on the Web by America Online. VH1 will broadcast an edited version of the ceremony on Saturday at 9 p.m.

On the stage, strong women’s voices dominated the music. Aretha Franklin swooped through “I Never Loved a Man,” singing in tribute to the hall’s founder, Ahmet Ertegun, who died in December. Ronnie Spector belted “Be My Baby” with the Ronettes, and Ms. Smith brought an idealistic fervor to her songs.

Accepting her award, Ms. Smith recalled a kitchen table argument with her husband, Fred Smith, shortly before he died in 1994. “He said to me, ‘Tricia, one day you’re going to get into the Rock and Roll Hall of Fame,’ ” Ms. Smith said. “He asked me to accept it like a lady and not say any curse words and to make certain to salute new generations. Because it is the new generations that will redefine the landscape of rock ’n’ roll.”

Still, the epithets arrived when Ms. Smith tossed off her jacket, untucked her shirt and belted a punk anthem about being “outside of society.” She said it was her mother’s favorite song. The night’s closing all-star jam was also one of her songs, “People Have the Power.”

Eddie Vedder of Pearl Jam paid tribute to R.E.M., saying he had, by his calculations, listened to their album “Murmur” 1,260 times in the summer of 1984. Referring to R.E.M.’s hard-to-understand singer, Michael Stipe, he said, “One of the reasons I was listening so incessantly was I had to know what he was saying,” Mr. Vedder said. “He can hit an emotion with pinpoint accuracy or he can be completely oblique, and it all resonates.”

R.E.M. performed with its original drummer, Bill Berry, who had retired after suffering a brain aneurysm. Mr. Vedder joined R.E.M. onstage to sing “Man on the Moon,” and Ms. Smith joined them for the Stooges’ “I Wanna Be Your Dog.” It was a reminder that Iggy Pop and the Stooges, whose music was a cornerstone of punk-rock, have not been elected to the Hall of Fame.

Old feuds were not left behind. The Ronettes, whose hits were triumphs of their producer Phil Spector’s “wall of sound,” pointedly didn’t mention him in speeches that thanked a lifetime of other supporters, including Mr. Spector’s songwriting collaborators and the Ronettes’ arranger, Jack Nitzsche. 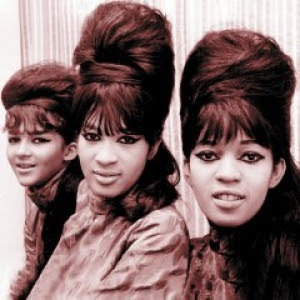 Introducing the Ronettes, Keith Richards of the Rolling Stones described hearing the group warming up backstage when they shared touring bills in the 1960s. “They could sing all their way right through a wall of sound,” he said. “They didn’t need anything.”

Ms. Spector, who was married to Mr. Spector from 1968 until 1974, recalled the days of “our dresses slit up the side and our beehives up to here,” pointing well over her head. “All my life, all I ever wanted to do was sing rock ’n’ roll.”

The omission of Mr. Spector’s name reflected a 15-year court battle between the producer and the group. The Ronettes were paid less than $15,000 when they signed with Philles Records in 1964, and never saw another payment. In 1987, the Ronettes sued Mr. Spector — who also wrote their songs and owned their label — for royalties. They won an award of $2.6 million in 2000, but it was overturned on appeal.

After the Ronettes performed last night, Paul Shaffer of “Late Night With David Letterman” — who led the stage band — read a brief congratulatory message from Mr. Spector in which he said, “I wish them all the happiness and good fortune the world has to offer.”

Mr. Spector, who was inducted into the Hall of Fame in 1989, meanwhile, is about to go on trial for the 2003 killing of an actress, Lana Clarkson, at his Los Angeles mansion; jury selection is to start on Monday. 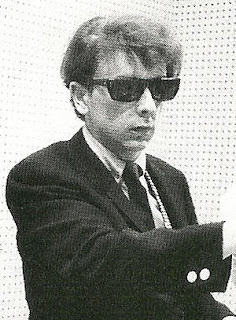 Van Halen, which planned and then canceled a tour this summer with its original singer, David Lee Roth, couldn’t manage a reunion for the Hall of Fame. Its guitarist, Eddie Van Halen, entered a rehabilitation center last Thursday, according to a statement on the band’s Web site, and negotiations over which songs Mr. Roth might perform broke down. Only Van Halen’s bassist, Michael Anthony, and its second lead singer, Sammy Hagar, attended the ceremony. They performed the 1986 hit “Why Can’t This Be Love” with the stage band.

Mr. Hagar, accepting his award, said, “I couldn’t tell you how much I wish everyone was here tonight. It’s out of our control.” He also thanked the Rock and Roll Hall of Fame for including him as a Hall of Fame member, although he did not join Van Halen until 1985, after Mr. Roth left.

“They didn’t have to do that,” Mr. Hagar said. He added that while he regretted the full band wasn’t at the ceremony, “You couldn’t get me from here with a shotgun.”
Posted by jtf at 7:36 AM