Today was a very dark day for British democracy


The political class has taken back control - from the people 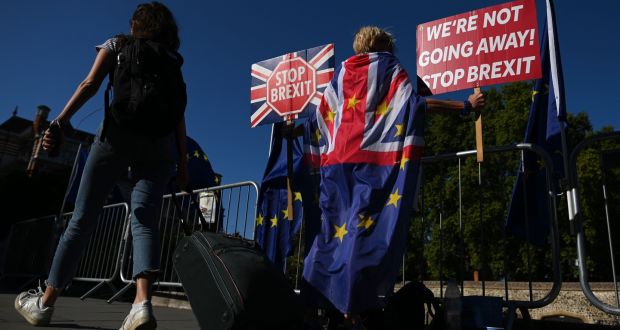 Today has been a very dark day for democracy in the United Kingdom.
Don’t believe for one minute the self-aggrandising claims of the Remainer establishment and its noisy cheerleaders in the media. Tonight’s vote by MPs to seize control of the parliamentary agenda in order to prevent a No Deal Brexit is not, as they claim, a wonderful assertion of parliamentary sovereignty against a dictatorial executive led by Boris Johnson.
No, it is an assertion of the political elite’s arrogant authority over the people. If MPs have seized power from anyone this evening, it is from us, the public, the millions who voted to leave the EU. This is not parliament vs the executive – this is parliament vs the people, and it opens up one of the greatest, most troublesome constitutional crises of modern times.
In essence, this evening MPs have gone some way, almost all the way, to achieving the terrible thing they have been agitating for since June 2016: stopping Brexit. That is their fundamental aim. It is essential to understand that when they talk about ‘blocking No Deal’, they mean ‘blocking Brexit’.
For more than three years they have hampered, frustrated and foiled Brexit, tying it in legal knots, ‘softening’ it beyond recognition, and constantly sending signals to the EU that we will accept whatever ridiculous, Brexit-thwarting compromises they demand.
Now a further, possibly interminable delay will be secured as the newly in-charge, newly emboldened Remainer Parliament votes on the Benn Bill tomorrow. The government was defeated by 328 votes to 301 this evening. Twenty-one Tory MPs joined the ‘revolt’ against Boris’s government. And now MPs, the majority of whom voted Remain, many of whom despise Brexit and fear and loathe the masses who voted for it, will push through the Benn Bill and prevent the UK from leaving the EU without a deal on 31 October (unless parliament consents, which it won’t) and requesting yet another extension to the Article 50 process.
They are killing Brexit. It has been a slow-motion guillotine, with the blade falling for more than three years now, but that is what they are doing. The majority of the establishment has never made any secret of its elitist disgust for Brexit and its facilitators – all 17.4million of us – and they have longed to reassert their presumed wisdom and reason over the idiocy of the masses. Tonight they took a very significant step in that anti-democratic direction.
Probably their most perverse and insulting claim is that they are standing up for parliamentary sovereignty. This is the opposite of the truth. They are ravaging parliamentary sovereignty. These are the people who over the past 40 years have green-lighted the outsourcing of huge swathes of parliament’s authority to Brussels, and whose very efforts to destroy Brexit run counter to parliament’s own handing of that decision to us, the people, and its insistence that it would respect the decision that we made.
It was the vote for Brexit, the vote to take back control from the EU, that was a genuine expression of faith in the institution of parliamentary democracy. In contrast, the elite’s ceaseless war on Brexit is a war on parliamentary sovereignty too, since the ultimate aim of this war is to retain the law-making authority of foreign institutions at the expense of our own institutions.
The elite’s claim to be defending democracy is a brazen lie. It is crushing democracy. It is revolting against the people and the decision we made in 2016. How grotesque for Jeremy Corbyn to say this evening that parliament has struck a blow for the idea that ‘sovereignty rests’ in the people. It has done no such thing. In fact it has elevated the political authority of an out-of-touch and increasingly hysterical elite over the largest democratic decision ever made by the British people.

Brexit is now seriously, perhaps irreversibly, wounded. Whatever comes next, including the General Election, must be used by democrats across the country to remake the democratic cry of 2016 and to reassert the sovereignty of the people and our parliament over the presumed wisdom of Britain’s own elites and the alleged expertise of foreign technocrats. If they void the millions of votes cast in 2016, they void the right to vote itself. We cannot let them win.
Brendan O’Neill is editor of spiked and host of the spiked podcast,The Brendan O’Neill Show. Subscribe to the podcast here. And find Brendan on Instagram: @burntoakboy

Thank you so much for this article I like this very much. Buy Visa Card from Deep Web.