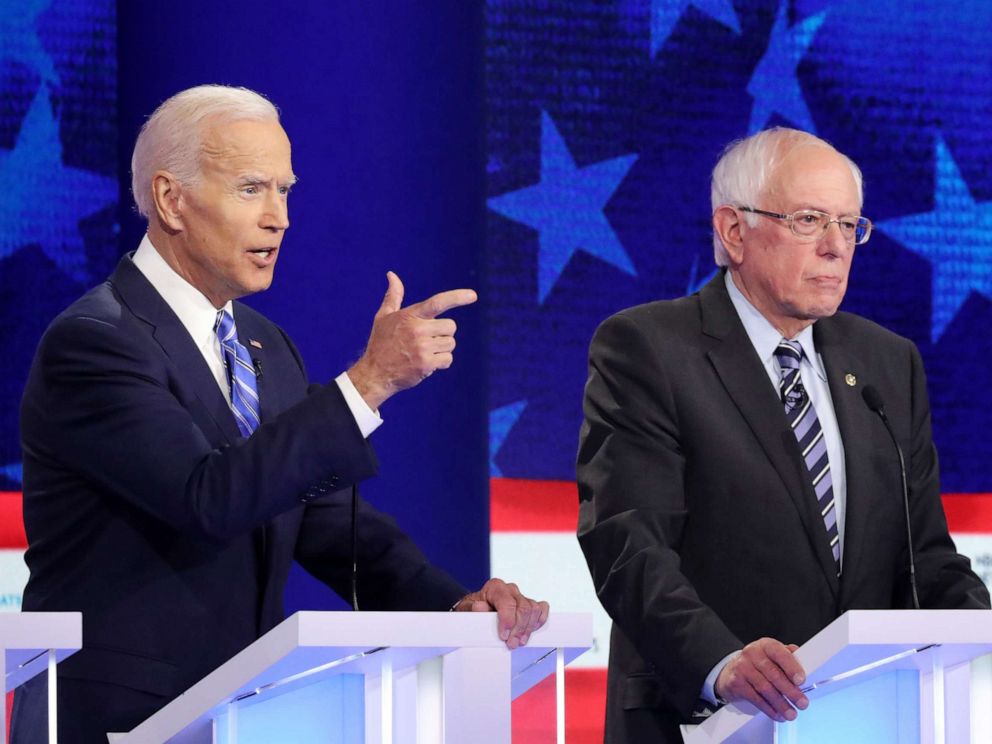 
The media should stop using absurdly lazy phrases like “mandatory gun buybacks.” Unless the politician they’re talking about is in the business of selling firearms, it’s impossible for him to “buy back” anything. No government official—not Joe Biden, not Beto O’Rourke, not any of the candidates who now support “buyback” programs—has ever sold firearms.
What Democrats propose can be more accurately described as “the first American gun confiscation effort since Lexington and Concord,” or some variation on that theme. Although tax dollars will be meted out in an effort to incentivize volunteers, the policy is to confiscate AR-15s, the vast majority of which have been legally purchased by Americans who have undergone background checks and never used a gun for a criminal purpose.
The “mandatory gun buyback” exemplifies the impracticality and absurdity of do-somethingism (although Biden’s proposal to ban “magazines that hold bullets”—so most guns—is also a contender!). Democrats want to turn millions of otherwise law-abiding citizens into criminals overnight for refusing to adhere to a law that retroactively transforms the exercise of a constitutional right into a crime.
And they do it without any evidence that it would curtail rare mass shootings or save lives.
While national confiscation would be unprecedented in American history, we already possess hard evidence that bans of assault rifles don’t alter gun violence trends. Gun homicides continued to drop steeply after an “assault weapons” ban expired in 2004. It’s also worth noting that in 2017, the last year of available FBI data, there was a near-historic low of 7,032 murders with handguns, and 403 by “rifles” of any kind, not only “assault weapons.”
To put that in perspective, there were 1,591 knife homicides during that same span, 467 people killed with blunt objects, and another 696 with fists and kicking. (Not every police department reports the type of gun used in homicides (3,096 of them), but it’s reasonable to believe that similar trends apply, since those murders took place in big cities where handguns are most prevalent.)
Although a number of Democrats now unequivocally support a “buyback,” no one has explained how the procedure will unfurl. What will the penalty be for ignoring the “buybacks”? Fines? Prison terms?
Will local police be tasked with opening case files on the 100 million homes of suspected gun owners who are armed with hundreds of millions of firearms, or will it be the FBI? Maybe Democrats will propose “paying back” family members and neighbors who snitch on gun owners? How else will they figure out who owns these AR-15s? There is no national tracking of sales.
Then again, many Democrats support “universal background checks,” which would necessitate a national database. So subsequent confiscations would be far easier, I suppose. (I can remember a time not very long ago when liberals accused a person of being a tin-foil-hatted nutter for merely suggesting that anyone had designs on their guns.)
It’s unclear to me if every candidate supports mandatory buybacks. Imprecision, after all, is the hallmark of gun-control rhetoric. Of course a non-coercive “buyback” program wouldn’t work either because no patriotic American is going to sell his firearms under market value. If you pay gun owners more than market value, they will surely turn a profit and purchase new weapons.
The criminal class and deranged would-be mass shooters have absolutely no incentive to participate, anyway. But you knew that.
Then there is the little matter of constitutionality. I’ve noticed an uptick in gun grabbers—a phrase that’s no longer hyperbole—arguing that Americans don’t need AR-15s to hunt, as if it mattered.
Although ARs are used by hunters, I’m certain nothing in the Second Amendment mentions hunting, because the right of self-defense—an individual concern, as well as a collective one—has nothing to do with shooting deer, and everything to do with protecting Americans from those who endeavor to strip them of their inalienable rights.
The District of Columbia v. Heller decision found that the Second Amendment protected weapons “in common use by law-abiding citizens.” The AR-15 clearly meets both criteria. It’s one of the most popular guns in America. Its semi-automatic mechanism is the same mechanism found in a majority of other legal firearms in the nation.
The arguments for a ban on “assault weapons”— a purposefully elastic phrase that allows the liberal legislator’s imagination to run wild — is centered on aesthetics, on the false claim that the AR is a “weapon of war,” and on the firearm tastes of a handful of deranged, sociopathic murderers.
Democrats and their allies like to mock these sorts of arguments as nothing more than semantics; mostly because they need to conflate and euphemize terms to make their arguments work. It’s how they generate favorable polling. I’m sure you’ve heard about the popularity of gun-control measures. But like “Medicare for all,” and other vaguely positive sounding policies, once voters learn what specifics entail, those numbers tend to settle along the usual partisan lines.
If you think you’re going to have overwhelming support for “mandatory gun buybacks” when people learn that you’re really talking about “the confiscation of 20 million guns,” you’re fooling yourself.
David Harsanyi is a Senior Editor at The Federalist. He is the author of First Freedom: A Ride Through America's Enduring History with the Gun, From the Revolution to Today. Follow him on Twitter.
Posted by jtf at 6:37 AM