‘American Predator’ reveals the chilling playbook of a serial killer 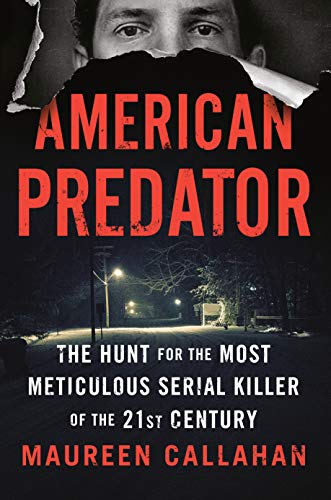 The serial killer’s Achilles’ heel is the very thing that makes him so fascinating: his urge to repeat himself. He either stages his murders as rituals, thus providing clues to why he is enraged with the world, or he falls into patterns, because devising a new modus operandi for each killing calls for unsustainable levels of creativity and flexibility.
But what if a serial killer has enough wits and self-control to fashion an amorphous M.O.? What if he reads and learns from FBI profiles of fiends like himself and from fiction such as “The Silence of the Lambs”? What if the very serialism of his “work” escapes notice? And what if he defies the stereotype of serial killers as sullen loners by being a family man?
All these exceptions were true of Israel Keyes, the subject of Maureen Callahan’s riveting book “American Predator.”
And Keyes had something else going for him: He barely left a trace. “No property records,” Callahan writes. “No documentation of parents or siblings. No address history, no gun licenses, no academic transcripts. . . . He had left nearly no digital footprints, no paper trail — and this was a guy with an unusual name.” Later it came out that Keyes had never even applied for a Social Security card, although he had served in the military.
Callahan, an investigative journalist, begins her narrative with the murder that spelled the beginning of the end for Keyes. In February 2012, a high school senior named Samantha Koenig went missing from the kiosk where she worked as a barista in Anchorage. A security-camera video showed her leaving with an unknown adult male. But the transaction looked so ordinary that at first the police wondered whether the girl hadn’t “staged [her own] abduction, and the man in the video was her accomplice.” The man had shown so little of himself to the camera that “tall and athletic” was as much of a description as could be gleaned. (Koenig’s sang-froid may have been an act she put on to keep her abductor calm.)
The first break in the case came when someone began using Koenig’s ATM card to make cash withdrawals in Texas. Then an alert small-town Texas police officer reported seeing a car parked near an ATM at 2:23 a.m. Callahan homes in on the nerve-racking moment when a highway patrol officer spotted the same make and color of car only to realize he lacked probable cause to pull it over. “Find a reason,” the officer’s superior insisted over the radio. He did: The driver exceeded the speed limit — by a measly two miles per hour, but that was enough. At the wheel of the stopped car was Israel Keyes.
[Harper Lee tried to turn a murder trial into a true crime masterpiece. What happened to the book?]
Kidnapping is a federal crime, and the FBI had been directing the case from Anchorage. Taken there, Keyes admitted to killing Koenig and to having done this sort of thing before, though how often and who his victims were he wouldn’t say. He was able to take charge of his owninterrogation, largely because of what Callahan sees as the ineptitude of a lawyer from the U.S. attorney’s office in Anchorage who insisted on being the alpha questioner, only to commit one blunder after another. Most damagingly, the bumbling lawyer failed to give the right impression: Make the suspect think you already know far more about him and his actions than you actually do.
Nonetheless, the other interrogators pieced together how Keyes got away with so many murders. He wasn’t picky. With the exception of young children, whom Keyes claimed to have left alone, he would just as soon target a portly middle-aged couple as he would a young woman such as Koenig. This randomness, along with Keyes’s vanishingly low profile, enabled him to kill undetected for years.
Nor was Keyes trying to make a point about his victims’ pasts or sexuality or any other personal characteristic, Callahan deduces after listening to tapes of his interrogation. He was after power and sick thrills. “When Keyes took people,” she writes, “he was acutely attuned to their animal response: the acid flush of adrenaline flooding the brain, color draining from the faces, pupils dilating in fear. He could smell it in their sweat. He liked to extend that response as long as possible.” He also got kicks from watching TV news clips about his murders and commenting on them (anonymously) online. He gloried in his superiority to the police.
[Review: ‘Beneath a Ruthless Sun,’ by Gilbert King]
Keyes had been raised in a fundamentalist sect, home-schooled and surrounded by guns. As a child, he exhibited the behavior that seems to be a common denominator among adult serial killers: a lust for torturing animals. So how did the grown-up Keyes get caught? Callahan suggests that it was only because he wanted to be, that he made the rookie mistake of repeatedly using Koenig’s ATM card because it was time for his brilliance to be recognized. But we’ll never really know: Keyes killed himself while in police custody awaiting trial for Koenig’s murder.
“American Predator” is a fine book — exhaustively researched and candid without being prurient — that should be as illuminating to law enforcement as it is fascinating to the general reader. If only there were some way to keep it from being read by would-be serial killers.
Dennis Drabelle is a former mysteries editor of Book World.
AMERICAN PREDATOR
The Hunt for the Most Meticulous Serial Killer of the 21st Century
By Maureen Callahan
Viking. 285 pp. $27
Posted by jtf at 5:59 AM

Email ThisBlogThis!Share to TwitterShare to FacebookShare to Pinterest
Labels: Books and Things, Crime and Punishment