'If they score, it's done.' Capitals' missed opportunities end up costing series 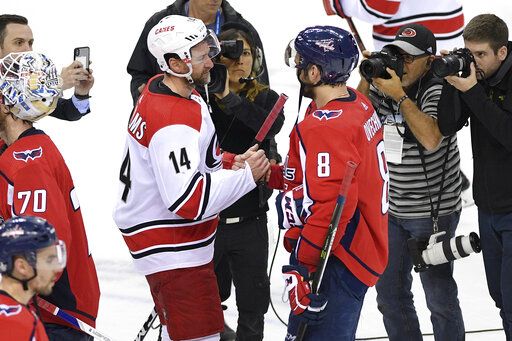 Nearly two minutes into the double overtime of Game 7, the Washington Capitals got the opportunity they desperately needed.
For the majority of the first extra period, the defending Stanley Cup champions were in their own defensive zone, barely clinging onto their postseason hopes. But when Carolina’s Saku Maenalnen flipped the puck out of play and drew a delay of game penalty, the Capital One Arena crowd had sprung back to life.
If Washington could take advantage, they would win the series.
Instead, the Capitals failed to to even get a shot on goal.
The blown power play was just one of Washington’s various missed opportunities throughout the team’s 4-3 double overtime loss. It was the perfect encapsulation of the entire series: When the Capitalshad a chance to put the Hurricanes away, they couldn’t.
“Every opportunity missed is you know devastating, really,” defenseman John Carlson said. “You only get to do this for so long and I’ve been fortunate to be on great teams and when you don’t do well, it is more than just we were up in the series or the game.
“It is everything. It hurts.”
The Capitals could have avoided overtime entirely, however, if they were able to capitalize on the power play earlier. After rushing out to a 2-0 lead, the Capitals drew another power play in the second period.
But not only did Carolina kill the penalty, winger Sebastian Aho also knocked in his own rebound for the shorthanded goal.
Until that point, Hurricanes coach Rod Brind’Amour said his team had played “ugly.” The goal, he added, gave his team a jolt and reminded them they were still in the game.
“If they score, it’s done,” Brind’Amour said. 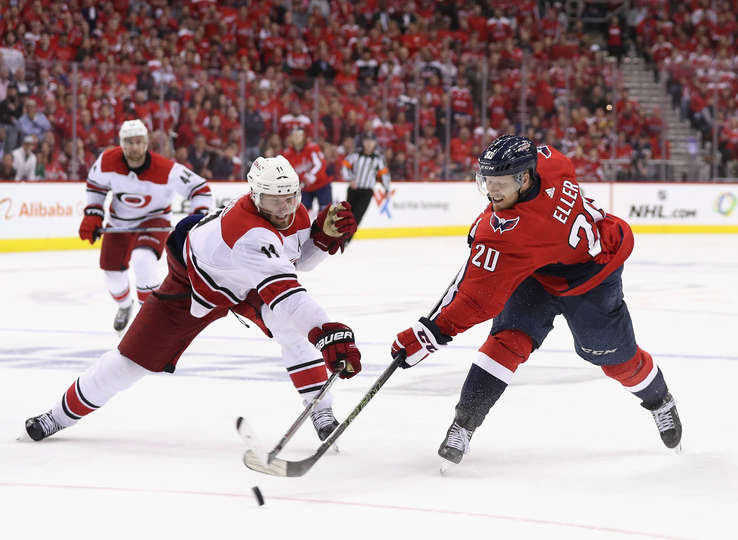 Jordan Staal #11 of the Carolina Hurricanes attempts to stop a shot by Lars Eller #20 of the Washington Capitals during the first overtime in Game Seven of the Eastern Conference First Round during the 2019 NHL Stanley Cup Playoffs at the Capital One Arena on April 24, 2019 in Washington, DC. (Photo by Patrick Smith/Getty Images)

The Capitals allowed Carolina to hang around, even when Washington took a 3-1 lead off a goal from Evgeny Kuznetsov. As the game progressed, the Capitals gradually slowed down. Shots missed their mark. Pucks failed to clear the defensive zone.
When Carolina’s Brock McGinn finally tipped in the game-winning goal past goaltender Braden Holtby, the Capitals remained still for a moment.
They watched as the Hurricanes started celebrating, still in disbelief that their playoff run was over.
After all, the Capitals were the defending champions. They had been pushed like this before, proving last year they could overcome it. Washington even led this series 3-2 after a dominant Game 5 victory.
Carolina goaltender Petr Mrazek, too, finished the first round with a .899 save percentage — hardly fitting the narrative that a “hot” goalie can be the difference.
“It was obviously there to take,” Holtby said. “Myself and our group, we just weren’t good enough.”
Posted by jtf at 6:08 AM