The Last Godfather Is Dead, And So Is The Myth And Magic Of The Mafia 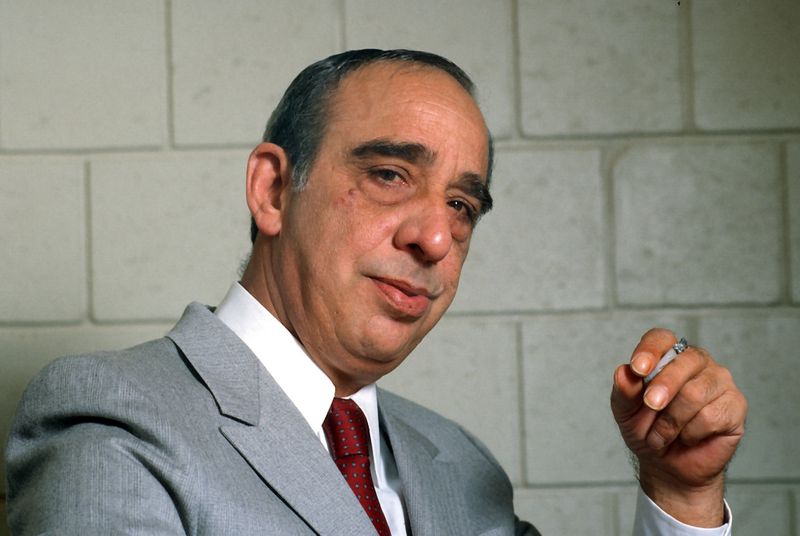 
“Michael Corleone says hello.” That line from an iconic scene in “The Godfather 2” is uttered just before an attempted hit on the character Frank Pantageli. The garroting in a bar is broken up by a beat cop who just happens to walk in.
The incident is not entirely fiction. In August 1961, Carmine “the Snake” Persico tried to take out Larry Gallo in a very similar incident the scene was based upon. Ten years later, Persico became the boss of the Colombo crime family, and he stayed the boss until last week, when he died in federal prison.
With Persico’s passing, the last major “godfather” of one of New York’s five mafia families to serve during La Cosa Nostra’s heyday is gone. Although he spent the majority of his leadership in prison, from the early 1970s to the late 1980s the Snake controlled a criminal empire unfathomable in today’s New York City or America.
Along with the Bannano, Genovese, Luchesse, and Gambino families, the Colombo “borgata” in the late 20th century ran crime operations that rivaled corporations like General Motors in profit. Outside of New York, they controlled mafia families throughout the country. In the United States, there has never been a criminal enterprise quite like the Italian Mafia.
In 1986 a U.S. attorney general for the Southern District of New York named Rudolph Giuliani decimated mafia power in the Commission Case. Three heads of families were taken down, Persico among them. But like any wild animal, the mob had some death throes.
In 1991, Vitterio “Little Vic” Orena allegedly tried to snatch power from Persico. (Some mob experts believe Orena was actually loyal to Persico but was framed by another Colombo Capo named Greg “The Grim Reaper” Scarpa.) The second Colombo war, a major mob war in New York, was incited, and 12 mobsters and an innocent civilian died. It is the last time that a New York mafia family would “go to the mattresses.”
Today, it is difficult to fathom just how powerful economically, politically, and culturally the Italian Mafia was for much of the 20th century in the United States. It controlled vast industries in New York, like concrete and trucking. It had elected officials in its pocket, and it peopled some of America’s most popular movies and books. With the possible exception of pizza and pasta, it is the most iconic element of the Italian experience in America.
By the time Charles “Lucky” Luciano and Salvatore “Little Caesar” Maranzano created the five families commission in New York, mobsters were already becoming a staple of American culture and entertainment. Prohibition had given mafia leaders like Al Capone a ticket to vast riches, but unlike Jewish and Irish mobs, the commission, with its strict rules, created an infrastructure that allowed Italians to dominate organized crime by midcentury. 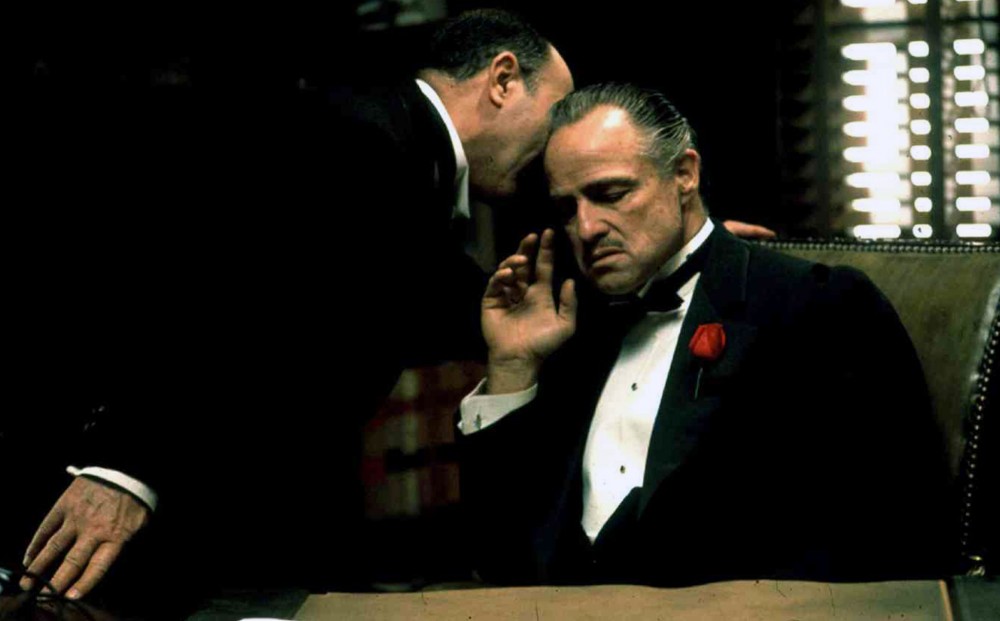 The Golden Age of the mob, indelibly memorialized by Mario Puzo in “The Godfather” and the films that followed, was a period of astounding growth, aided by the creation of Las Vegas as a gambling mecca and a growing control over almost every aspect of economic life in New York City. Mafia leaders were celebrities often unmolested by local law enforcement or an FBI that barely even admitted it existed. “This thing of ours,” as mafia members called it, was generally only bothered by occasional wars between the families. Those wars were further fodder for journalists and novelists to create its legend.
After the Godfather movies came out in the early 1970s, some of its biggest fans were actual mobsters. They reveled in the classy and honorable depiction of their lifestyles. But in reality, the mafia was always a disgraceful organization, bilking billions from the United States and most often extorting their fellow Italian Americans. It was a charade the mafia itself tried to encourage.
In 1971, Joseph “Joe” Colombo (worst mafia nickname ever) was murdered in broad daylight at Columbus Circle during an Italian American pride rally he organized. It was his death that led to Persico becoming boss. Colombo understood public relations. While running a nefarious crime outfit he pretended to be an oppressed and honest Italian American businessman unfairly targeted because of racism. It was an utter joke, but one that some Italian Americans and members of the media bought.
By the 1980s, mafia power in America was already starting to unravel. Successful law enforcement efforts such as Joe Pistone’s “Donnie Brasco” operation in the Luchesse family were successfully nabbing mobsters and in some cases turning them into witnesses, in defiance of their sworn “omerta,” or silence. This culminated in the Commission Case of 1986, in which Giuliani employed the relatively new and untested Racketeer Influenced and Corrupt Organizations Act (RICO). RICO finally allowed prosecution of mob bosses who could not be physically attached to crimes.
But it wasn’t just the mafia that was changing. Italian American neighborhoods, the natural habitat of La Cosa Nostra, were slowly dissipating as well. Today, as a result of urban flight and intermarriage with non-Italians, there are essentially no Italian American neighborhoods in New York City. Manhattan’s Little Italy (where Larry Gallo’s brother Joey was gunned down in 1972) is a block or so of mediocre and hokey Italian restaurants. Brooklyn’s Bensonhurst, once of the hub of the mob, still has a few traditional Italian delis, bakeries, and ravioli shops, but is slowly being overtaken by Chinese and other immigrants.
Persico’s death punctuates with a bold period not just the 20th century phenomenon of the Italian Mafia, but in some ways the phenomenon of the vibrant Italian American communities of the last century. Today people in their early 40s are the last ones who can really remember visiting their Nonnas in “the old neighborhood.”
The five families still exist, and we still know who their bosses are, but they learned the lesson of camera-hungry godfathers like John “the Dapper Don” Gotti and Nicademo “Little Nicky” Scarfo. They stay off TV and try to keep a low profile. Notwithstanding, that, or the broader desire for the mob to lay low, killings still happen. Just yesterday, reputed Gambino boss Frank Cali was murdered outside his Staten Island home. Frank Cali, shown here in 2008, was reportedly shot six times in the chest and run over by a pickup truck. (New York Daily News/NY Daily News via Getty Images)
It is difficult to know what the lasting legacy of the mafia will be in American culture. TV shows like “The Sopranos “and, later, “Boardwalk Empire” are receding into the past. The number of mafia movies also seems to be shrinking, notwithstanding Martin Scorsese’s upcoming film, “The Irishman.”
Books and TV documentaries on the mob still draw audiences, but also seem to be abating. Put simply, the mafia seems to be losing its magic. This may well be for the best. Like Western criminal gunslingers along the lines of Jesse James before it, the mob doesn’t really deserve a rich legacy. It was, after all, a terrible and criminal institution that caused enormous pain and suffering in our nation.
For Italian Americans, and really any Americans in major northeast cities, the mafia is complicated. Its faults were (and to some extent still are) grievous, but it was also an avenue for Italian American culture more broadly to be introduced to America. It is a part of our history, a bloody and shameful one in many ways, but also one that casts a long shadow over the 20th century.
The Snake is dead, and so is the vast power of the Italian Mafia. No history of the United States is complete without it, but its declining influence over New York City and America can only be considered a blessing.
David Marcus is the Federalist's New York Correspondent and the Artistic Director of Blue Box World, a Brooklyn based theater project. Follow him on Twitter, @BlueBoxDave.
Posted by jtf at 8:30 AM

Email ThisBlogThis!Share to TwitterShare to FacebookShare to Pinterest
Labels: Crime and Punishment, Film Reviews and Features