For over 15 years, Jason Ringenberg, the leader of the legendary proto-Americana band Jason & Scorchers and one of the greatest “front-men” in the history of modern Rock & Roll, took on the persona of Farmer Jason, performing at small theaters and high school assembly halls to the one audience that all entertainers—past and present—have feared the most: kids.  Kids either like ya or they don’t. And no amount of logic or bribery—be it juice box or cheese stick—will influence them. But kids loved Farmer Jason, and Ringenberg went on to win an Emmy Award for writing, singing, and teaching to a new generation of youngsters how to be a friendly farmer provocateur, heal the environment, and honor all the creatures in the circle of life. (Eat your heart out Vice President Gore.)
But for those of us lucky enough to have witnessed the first generation of the Scorchers in full bloom and watched Mr. Ringenberg walk across long tables seated with record executives from Warner Brothers, Capitol, Asylum, and Sony, and squash their cocktails glasses to dust with his boot heels while singing Hank Williams at Mach 5 volume, we always knew there had to come a day when Jason the rocker might trade his chicken slop boots for cowboy boots one more time.  Now, Jason Ringenberg is indeed back with a new album, Stand Tall, which shows that his verve, uncanny stage presence, and rock mojo is in perfect running order.  But his return to “adult music” was not inspired by a Scorcher’s wannabe band with perfect skin and an Instagram account but instead by the forced tranquility of a month-long writing residency at the Sequoia National Park. From the galloping beat of the title track through the entire album, it’s clear that nature has been kind to Jason who has entered a new musical era where the only limits are his imagination. Rockers of all ages, this is your final warning: Mr. Ringenberg will not be going down without a fight, nor will his ever-present and battle- weary stage hands, the Epiphone EJ-200 and his Masterbilt DR-500MCE.  We spoke with Jason in the middle of a month long residency at the 5 Spot in Nashville, one of the city’s great music bars that is a regular haunt for friends and collaborators including Epi fans Todd Snider and Fats Kaplin. Thanks to Scott Willis for the fab photograph Thanks for speaking with us, Jason and congratulations on a truly great new album. Did the arrival of the songs for Stand Tall come as a surprise?  Yeah I’ve been just doing the children’s music thing for so long. For about 15 years I was really heavily into that. So, it was a big adventure going into the grown up world. I did a month writing residency at Sequoia National Park. That’s where the whole thing started. I had pretty much given up being a recording artist anymore, honestly. I didn’t think it was in me or there was a demand enough to do it. So, the National Park Service called me up— That sounds like an artist’s dream… I know! I thought someone was joking. I thought someone was playing a trick on me. And when I found out they were for real I said Yes! before they finished their pitch. I went out there and spent a month in the mountains and wrote a bunch of songs. So that spurred me to get myself together and make some music.  When did you become aware that what you were writing might turn into an album?
I think the second or third day I realized something special was going on and this was going to be a very unique situation. It was just wonderful. I don’t think I’ve ever been away from the normal grind of reality before. I’ve had breaks like we all do—a few days in Ireland or something like that. But when you do it for three weeks it’s a whole different deal.    Now that you’re back in the adult world as you say, what stands out as far as your performance on this record?  I find that I’m singing as good as I’ve ever sung. There’s something about my voice now where I’m singing better than I ever was. So that was a big help in the studio. It did surprise me. Most folks as they get older they lose the quality of their voice. Fortunately for me the opposite is happening.  Like Sinatra… Exactly! (Laughs) And also, for this album I decided to go outside of Nashville, not because I don’t like Nashville. But I just felt since I work here and live here I needed a break. So, I went to Carbondale, Illinois where I went to college. There’s a studio there and a guy named Mike Lescelius, who does really great work. I got with him and I got the rhythm section from my first band and I got some fine guitar players from up there. I ended up bringing a little bit of help from Nashville, too.  Steve Fishell played some God-inspired steel guitar. But mostly it was done in southern Illinois—back to my roots. 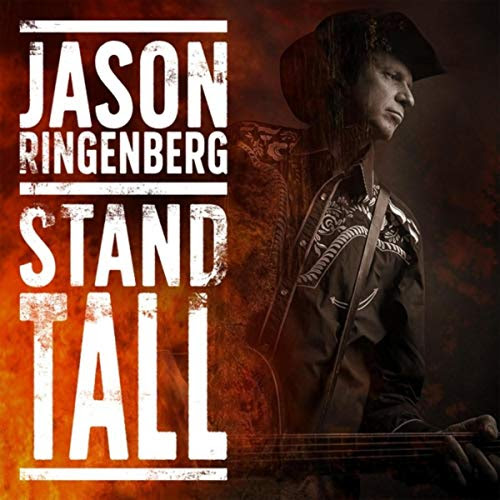 The musicianship on the album is terrific. What did you notice about recording with musicians from outside of Nashville? Well it's true that Nashville musicians are the best players in the world. And I’ll record here for the rest of my life, more than likely. But also, Nashville players…they really don’t remember they played on your record. Whereas these guys, they told me this is the opportunity of a lifetime. They said thank you for having me, I’ve always wanted to play on an album. That reallly touched me. They gave it something way down deep. It was that kind of thing. They brought deep emotions to the table. And that helped me a lot because I didn’t know if I was valid as an adult music artist anymore. To hear people say that sort of thing was a big help and inspiring.  Was there a track on the album that pointed the way for you? I think “God Bless the Ramones” is a pretty cool track and “Lookin’ Back Blues,” which is the single. Overall, I think this is some of the best writing I’ve ever done. It gets harder and harder to get the songs as you get older. It is for everybody.  But now I’ve got to make a living for myself. I’ve got two kids in college. The music business is a very different world from when it was when I last put out a record in 2012. And my last 'Jason' record was 2004.  So it’s a whole different reality. I’m sure a lot of the people you knew in the industry have left now. What stands out to you about the music business after being away so long. Is it easier in some ways to be in more control? Certainly for the people who can manipulate technology it’s a great world (laughs). I’m not one of those people.  How are your Epiphones holding up?The Epiphone EJ-200 and the Masterbilt they are just workhorses for me. I don’t just say that because I’m an endorser. Golly, they take a beating. They are amazing and they sound great. No matter what Epiphone you pick up off the rack, they all have a certain level of quality to them.  And for a touring musician, I’m sold. I’ve now been an Epiphone player for 25 or 30 years and exclusively an Epiphone player for the past 15 years. That’s it! They can’t be topped. Also read our classic interview with Farmer Jason here
Posted by jtf at 8:17 AM