Terrorism Actually Does Kill Many Americans Via the Southern Border 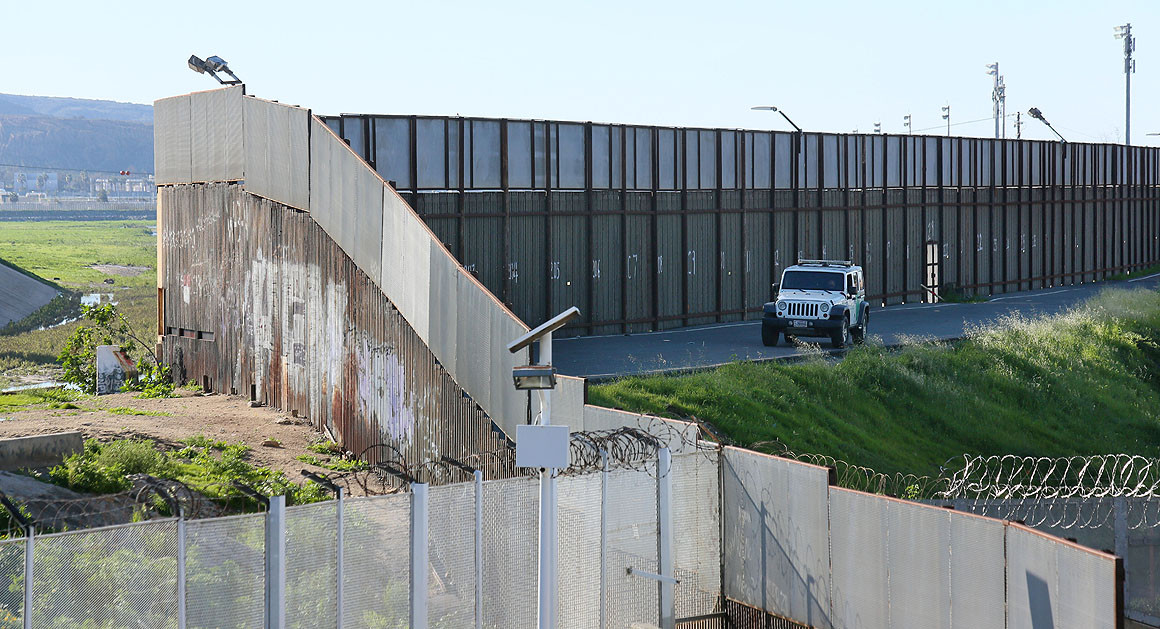 
It's not just the tragic murders of the Kate Steinles of our country -- isolated or not -- that are the result of insufficient enforcement at our Southern border. Far more deaths than are commonly imagined occur because of this laxity and many of them, despite recent assertions to the contrary by NBC and FOX's Chris Wallace, have a not-so-subtle relationship to terrorism.

In fact, under the radar, terrorism in its most organized forms plays a significant and deadly role on our border.

How is that possible when -- to date, according to some reports -- only a relatively small number of certifiable terrorists have been caught crossing red-handed on violent missions, as was argued by NBC and Wallace?

Look no further than the life expectancy of Americans that has declined over the last few years for the first time in decades. This disturbing development has been ascribed to sedentary lifestyles and a rising suicide rate, particularly among white males, but most of all to the opioid and related drug crises. Drug overdose deaths reached 70,000 in 2017.  (As nearly everyone knows, 9/11 killed slightly fewer than 3000. And that was, luckily, a one-time event. The 70,000 figure, plus or minus, has become roughly an annual rate.)

The Atlantic published a study on who has suffered most from this epidemic.

The only racial group that saw a significant increase in their death rate between 2015 and 2016 were black men: Their age-adjusted mortality rate increased by 1 percent.

“What you see this year is a leveling off of the gains that we’ve had over the years, especially with heart disease and cancer,” among black men, said Garth Graham, the president of the Aetna Foundation and former head of the U.S. Office of Minority Health. “And the opioid epidemic is starting to overtake whatever gains we’ve made in that sector.”

White men have probably had their problems too -- but it is The Atlantic.  And, of course, not all drugs come across the Southern border, but a significant amount does via the Mexican and other Central and South American cartels.

Which brings us to the terrorism angle.  A principal -- likely the principal -- partner of the cartel gangsters in their work is, and has been for many years,Hezbollah. The fruits of that alliance plus cash infusions from Iran--and therefore, to a regrettable extent, us-- are how the world's biggest terror army finances many of its murderous activities.  They sell the deadly narcotics to our people and use the money to kill others. Death for death.

As Business Insider reported over seven years ago...

Islamic terrorist groups are setting up shop in Mexico and forming alarming ties with the country's brutal drug cartels, according to a 2010 internal memo from the Tucson Police Department.

The memo, leaked by the hacker group LulzSec as part of its Arizona Department of Public Safety hack, warns that Hezbollah has established operations — and a large arms stockpile — in Mexico.

Whatever weapons stockpiles there might be is likely a minor component, although worth watching.  The drug trade, however, is vastly more important and an extraordinarily potent method through which to weaken or destroy your adversaries in another country. Just ask the Chinese.

If you want to destroy and/or exploit a culture, addict it.  If you want to undercut a civilization you consider anathema and make some money in the process, "turn it on." That's what Hezbollah is doing.

Drug dealing is, in essence, an instrument of terrorism -- among the most powerful ones because it is a stealth operation able to work, unlike overt terror acts, perpetually undercover with greater subtlety and longevity of action. As we can see from a recent CDC report, the problem is only getting worse, with multiple drugs from cocaine to fentanyl involved.  Hezbollah has been associated with all of them, including helping to move opium from the poppy fields of the Middle East up through South America and into our country.

Our government has been aware of this problem for some time, but the cure was short-circuited by the Obama administration, as has been detailed in Josh Meyer's report "The secret backstory of how Obama let Hezbollah off the hook."  (No wonder NBC and the Deep Statish Wallace were so eager to downplay terrorist influence on our Southern border. It just doesn't fit their narrative.)

In its determination to secure a nuclear deal with Iran, the Obama administration derailed an ambitious law enforcement campaign targeting drug trafficking by the Iranian-backed terrorist group Hezbollah, even as it was funneling cocaine into the United States, according to a POLITICO investigation.

The campaign, dubbed Project Cassandra, was launched in 2008 after the Drug Enforcement Administration amassed evidence that Hezbollah had transformed itself from a Middle East-focused military and political organization into an international crime syndicate that some investigators believed was collecting $1 billion a year from drug and weapons trafficking, money laundering and other criminal activities.

So did Obama, in his Pro-Iran Derangement Syndrome, actually enable the deaths of many of his black brothers, not to mention thousands of other Americans? Not deliberately, I would hope, but the sad results speak for themselves. (To see what his trusted mullahs are up to these days, go here. To see who is helping Hezbollah distribute their drugs, go here.  Or if you're too lazy, it's Facebook and Google.)

Meanwhile, the issue before us is the security of our Southern border in order to stop this deadly flow.  That terrorism is not involved is another big lie to be factored in.

Roger L. Simon - co-founder and CEO Emeritus of PJ Media - is an author and an Academy Award-nominated screenwriter.