CAN TRUMP BE EUROPE’S SALVATION? 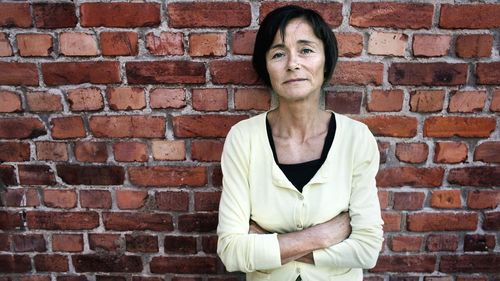 Islam: Europe Invaded, America Warned is a new English translation of a book that has sold 50,000 copies since appearing in Norwegian three years ago – a figure that, given Norway’s small population, is equivalent to over three million copies in the U.S. Its author, Hege Storhaug, who -- full disclosure – is a longtime friend, former employer, and (frankly) heroine of mine, began her career as a left-wing feminist writing about the rights of women and girls and ended up becoming a supposedly right-wing critic of Islam because she recognized the Religion of Peace as, by far, the greatest threat to females in Norway.
Hege has now been fighting on the Islam front for a quarter-century. She’s advised members of the Norwegian parliament on the subject, handed them tons of material documenting the social and economic consequences of Muslim immigration, and made a number of specific proposals that have resulted in legislation (and, alas, many more proposals that have gone nowhere). Unsurprisingly, her work has made her enemies not only among the nation’s Muslims but also on the radical left, members of which, on New Year’s Eve 2006/7, broke into her Oslo home and beat her up. She now lives in a secret location outside the city, and since the Norwegian edition of her book came out she’s routinely been accompanied to her public events by a cohort of armed police officers. The cops didn’t even tell her beforehand that they’d decided to start guarding her: she found out about it on November 4, 2015, the day before her book’s official publication date, when she showed up at a small-town community center to deliver a lecture and found three – count 'em, three – police cars parked out front.
“I’m the first person in Norway ever to require such protection,” she told me when we spoke the other day. Of course it’s a sign of the times – a reflection of the very real menace that Islam now poses to its outspoken critics in this once placid land. Not surprisingly, the mainstream Norwegian media have kept mum about Hege’s unique security status. Entirely. A naïve observer might think they’d consider it big news that in Norway, in 2018, a writer – a writer! – needs to be followed around by uniformed men packing heat (this in a country where you hardly ever see a cop with a gun). You might also think the Norwegian media – which are notorious for their habit of debating to death the most niggling, nugatory issues you can imagine – would consider this grim sign of the erosion of free speech in Norway worth discussing. Nope. After all, if they reported on Hege’s police escorts, they’d have to acknowledge that Islam really is a threat – and that’s verboten.
Still, the word about Hege’s police escorts has gotten around, so that now, when she’s planning to give a talk, she hears from admirers who’d like to attend but who tell her they’re freaked out by the cop angle – after all, if there’s a police presence, that means there’s a real danger of violence. (Perhaps this is the best place to mention that the American woman who translated Hege’s book into English has chosen, out of sheer fear, to remain anonymous.)
In short, it isn’t easy being Hege Storhaug. Though she may well be the most admired woman in Norway, the media are constantly at her throat. And hard as she works at trying to save Norway from Islam, she often feels as if she’s banging her head against the wall. During the last couple of years, she admitted to me, the reception she’s received from politicians has been particularly frustrating. She had hoped that her book's huge success might make them sit up and take notice – the sales figures, after all, confirm that the Norwegian people are deeply concerned about what Islam is doing to their country – yet elected officials, she laments, have been less responsive than ever to her urgent calls for action.

It’s not that they don’t get it. Hege met recently with some Labor Party politicians, and asked them what they think will happen to the pubs in Oslo when that city turns majority Muslim – a development that isn’t so very far off. They shrugged. They know what’s coming. They just don’t know what to do about it. Haven't a clue. Even those who might want to take action, moreover, have to deal with a single massive obstacle that goes by the name of Erna Solberg. Solberg is Norway’s prime minister, and used to be known as “Iron Erna” because of her purported toughness. But top politicians have told Hege that Solberg won’t listen to a word about Islam. She not only refuses to talk about it; she refuses to allow members of her government to discuss it.
In this regard, of course, Solberg is pretty  much on the same page as Theresa May and Angela Merkel. Why, I asked Hege, is Solberg so pigheaded? What is it with these politicians? “They don’t know what to do,” Hege said simply. “They hope it’ll go away, even though they know it won’t. They care too much about their careers, and know that if they say anything they’ll be stigmatized. So they just figure that when the time comes, they’ll hand the problem over to their successors.” Hege emphasized that she wasn’t criticizing all politicians. “Next week,” she told me, “I’m having lunch with two top Labor Party people and two top Progress Party people. But they didn’t want to meet at a restaurant or café in Oslo.” God forbid they should be seen in public with Hege Storhaug! “So we’re meeting someplace private.”
Hege learned about Islam firsthand in Pakistan, which she’s visited seventeen times, often staying for long periods. She has good friends there who consider themselves to be Muslims, but who don’t go to mosque, and who are, in fact, distressed by the increasing radicalism of their countrymen. While working on her new book, Hege told me, there were times when she felt exhausted by the daunting amount of research involved, and at one point she told the adult daughter of her Pakistani best friend that she was close to throwing in the towel. “Hege,” replied the young woman with real intensity, “you have to write this book! People need it!” The point being that even in Pakistan, there are people who, while nominally adherents of the Religion of Peace, understand that, as the original Norwegian title of Hege’s book puts it, Islam is indeed a plague.
That young Pakistani woman and her mother, Hege pointed out, have visited Norway from time to time over the years, and have thus been able to follow the Islamization of Oslo. “And they’ve been shocked,” Hege said. “Hijab is now a more common sight in Oslo than in Pakistan.” Hege has spent time in London too, and says of niqab, the garment that covers everything but the eyes, “I’ve never seen as many niqab in Pakistan as I have in London.”
Which country in Western Europe is in the worst shape? For my part, I sometimes think it’s Sweden, sometimes Britain or maybe Belgium, although the Yellow Jacket riots in Paris lifted France to the top of my current list. Hege was way ahead of me on this one. Her book contains a long, harrowing chapter entitled “Marseille: Report from the Lost City.” Another friend of mine, Claire Berlinski, in her important 2006 book Menace in Europe, held Marseille up as an example of relatively successful multicultural mixing; her chapter on the city (which is now 35% Muslim) was entitled “The Hope of Marseille.” Today, Hege sees no hope in Marseille or anywhere else in France. “The situation in France is much worse than the surface picture might suggest,” Hege said. (We spoke before the terror attack in Strasbourg.) At the end of her chapter on Marseille, she writes: “I believe that France has reached a ‘point of no return.’” In other words, all hope is gone. “After I wrote that sentence,” she told me, “I took it out. It sounded too stark. But then I thought, no, this is what I believe; I might as well say it. So I put it back in.”
Although she does consider France a lost cause, Hege wouldn’t make predictions about the rest of Western Europe. “There are so many things that could happen,” she said. “What will Erdogan do? What if there’s a massive terror attack in Norway or Sweden or the UK? Will the EU take control of its borders and the Mediterranean?” Perhaps some politicians will grow a spine. Perhaps the rioting in Paris will intensify and lead to political crisis. It has already spread to the Low Countries; perhaps it will continue to spread. All Hege knows for sure is that, at present, “not one country in Western Europe, except maybe Austria, has a government that’s taking the proper action.”
As for the U.S., the main reason Hege was eager to get her book translated into English was that she wanted to do her part to help America avoid Western Europe’s fate. She fully supports the idea of the U.S. subjecting potential immigrants to an ideological test that would weed out freedom-lovers from sharia-lovers. “It may seem extreme,” she admitted, “but we have to save our free societies.” Her friends in Pakistan, she noted, would pass such a test with flying colors. In our conversation, she was fervent in her expression of hope that Donald Trump would be able to introduce a test of this kind. It would not only rescue America, she contended; it could also rescue Western Europe, because if Trump actually took such a step, his Western European counterparts might actually screw up the courage to do the same thing.
“Trump,” she summed up, “can be Western Europe’s salvation.”
Tags: Donald Trump, Europe, Islam
Posted by jtf at 6:37 AM

Email ThisBlogThis!Share to TwitterShare to FacebookShare to Pinterest
Labels: Donald Trump, Europe, Islam and The West