He grew up wanting to be Bruce Lee, and later became a Shaolin disciple; now Matthew Polly is in Hong Kong to write story of kung fu star's life 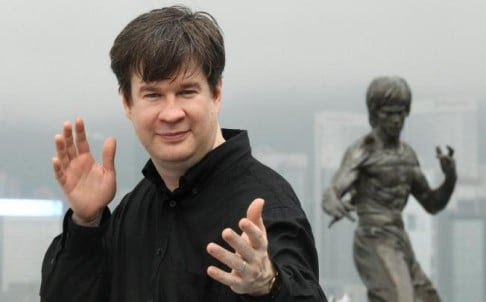 Martial arts expert Matthew Polly in front of a statue of Bruce Lee in Tsim Sha Tsui. Polly, who dropped out of Princeton to become a Shaolin apprentice, is writing the late star's biography. Photo: Edward Wong

Matthew Polly knows about being an introvert and an extrovert. When it's suggested he must be an extrovert, he doesn't deny it but confesses he used to be a skinny, nerdy boy, always too shy and geeky to communicate. Back then, he found it was always the suave and outgoing people who tended to lead or become popular among girls in the US, and he wanted to be one of them.