Alex Ovechkin wins the Stanley Cup — and secures his legacy 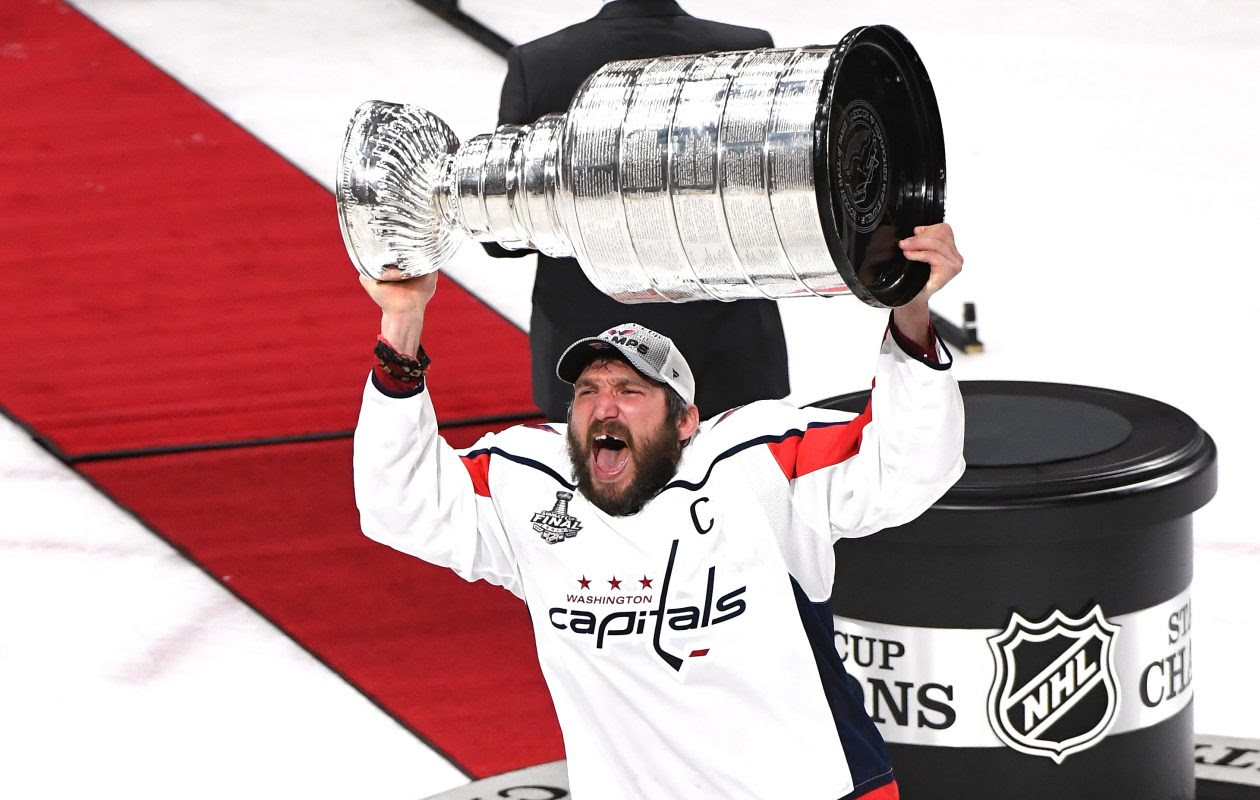 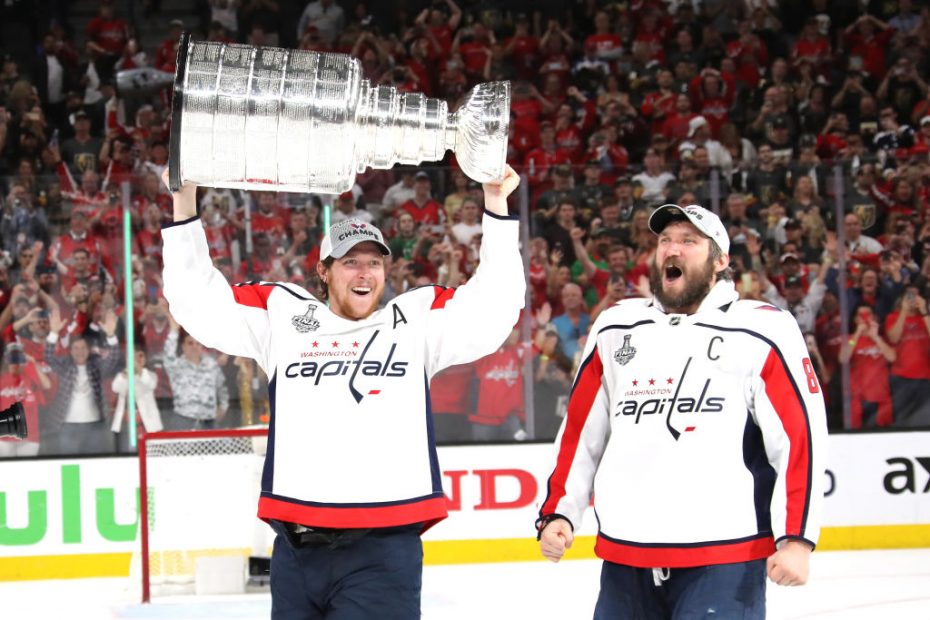 Backstrom holds the Cup as Ovechkin joins him (Getty Images).
“He told me he was going to give it to me afterward,” Backstrom said. These two players are most responsible for changing hockey in Washington, for creating a situation in which fans packed the arena to watch the game on television, in which thousands more took it on large screens in the street. Finally, they had their moment — a shared moment.
“We waited so long,” Ovechkin said.
So Ovechkin skated with the Cup first, and he lifted it above his head, and he kissed it. Then he handed it to Backstrom. Try watching that without reaching for the tissues.
And when Backstrom took off up the ice, Ovechkin went with him. “It was nice that he skated around with me,” Backstrom said.
This was a joint venture, Get everyone involved. When each and every Capital had his chance to lift the Cup, there was Ovechkin, one more time.
“Let’s take a picture!” he screamed. “Let’s take a group picture!”
It was the picture he had waited his entire career to take. When it was snapped, he was in the middle with the Cup he thought he might never hold. More important, he was surrounded by the guys who helped him hold it — guys he realized were every bit as important as he was to making this moment finally, mercifully take place.
Read more Stanley Cup finals coverage:
Game summary: Capitals 4, Golden Knights 3
Capitals win Stanley Cup, Washington’s first major sports championship since 1992
Boswell: For Capitals and their fans, tears of joy replace years of frustration
Washington becomes a sea of red in celebration of the Capitals’ first championship
T.J. Oshie held back tears as he shared the Stanley Cup with his dad
Capitals, and Washington, celebrate a triumph decades in the making
The Capitals’ supporting cast was again center stage in Stanley Cup clincher
Golden Knights may have stumbled in Stanley Cup finals, but best is yet to come
Posted by jtf at 6:05 AM