Frank Deford, one of the best and most elegant sportswriters, was a dreamer who allowed the rest of us to dream, too 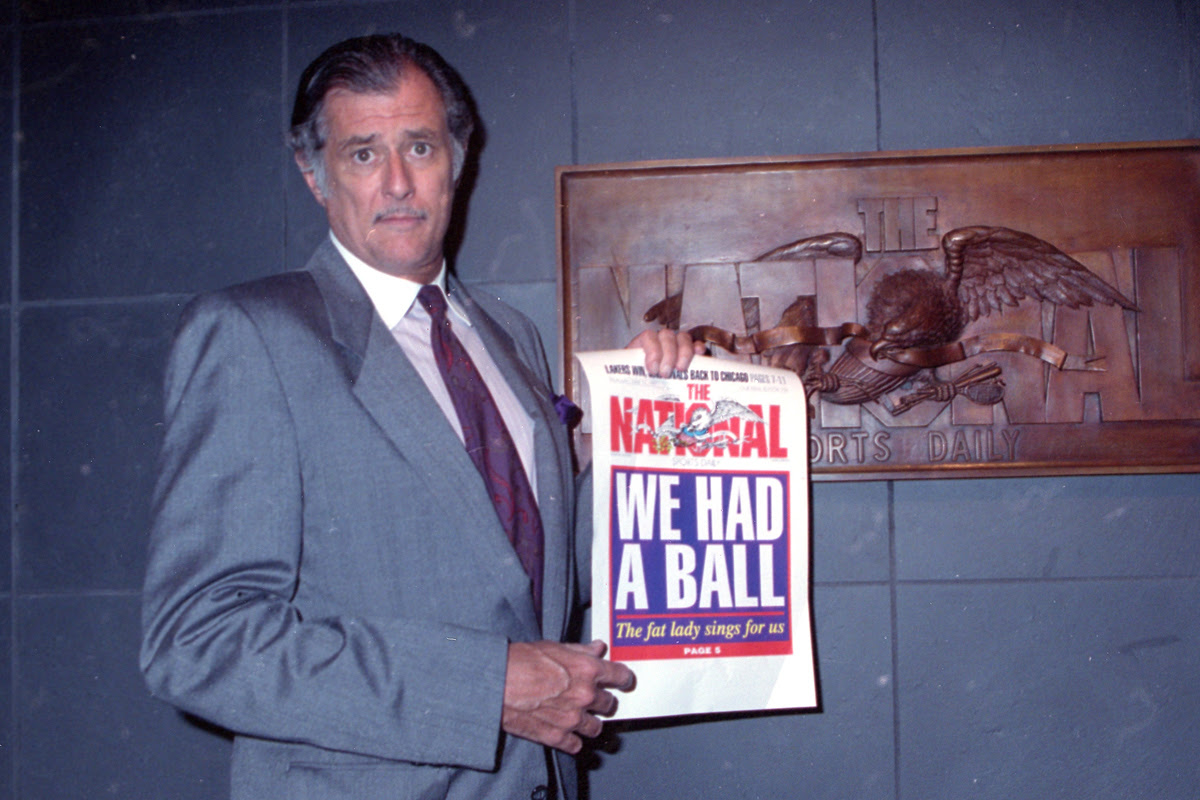 The last time I saw Frank Deford was last June, on what would have been Bud Collins’ 87th birthday, at the memorial service for Bud at old Trinity Church in Copley Square in Boston. As always, Frank was tall and dapper, and so much older than the last time I had seen him before that. His voice seemed much weaker. He was with his wife, Carol, and we sat together, and listened to eulogies from such as Billie Jean King and Chris Evert. So many of the stories were about Bud’s career in television.

But there was a moment, in the midst of all the memories, in the midst of the beautiful music that was such an essential part of the ceremony that day, when Frank leaned over and said, “Remember something: Bud always thought of himself as a sportswriter.”


For everything Frank Deford did in his career, the novels he wrote and the decades of commentaries he did for National Public Radio; the amazing, lovely book he wrote from a broken heart about the death of his daughter Alex from Cystic Fibrosis; and all the fine journalism he did for Real Sports on HBO and as editor of a grand experiment, for a lot of us, called The National, Frank was a sportswriter, one of the best and most elegant the business has ever known and ever will know.
He was tall enough to be a basketball player himself, and wrote so much basketball, college and pros, for Sports Illustrated after he got out of Princeton. And if you were a kid in the 1960s and 1970s dreaming your own dreams about someday being a bigtime sportswriter yourself, he was a giant, in all ways. There was Dan Jenkins and Curry Kirkpatrick, and so many other talented men and women at that magazine, in that time. Always, though, there was Frank, covering the NBA and covering tennis, but making his mark, truly, with long pieces at the back of the magazine that you did not want to end. There has never been anyone, in the history of the business, that did that sort of work that well, for as long as Frank did.
His other work should be remembered, and honored today. It was that good. He moved from one corner of the business to the other with the same genius that my friend, the late Dick Schaap once did. Frank was, in particular, a master miniaturist with his NPR commentaries, from which he did not retire until not long before his death in Key West on Sunday. The work on Real Sports, which has been the "60 Minutes" of sports for such a long and distinguished time, was both fine and smart, and always up to his own high, high standards. Remember all of it, absolutely. But remember the sportswriting. Remember the work he did for Sports Illustrated, in much better times for the business than these.
I met him for the first time at Wimbledon back in the 1970s, and managed to stammer out a greeting that included me trying to tell him what an honor it was to meet him.
“Relax, kid,” he said. “We’re all playing in the same league.”
Except: Except Frank at his best was playing in a league that only a handful of magazine writers have ever truly understood. Jenkins, of course. And the great W.C. Heinz, when he was writing his own classic magazine pieces like the one he once wrote about the life and death of a boxer named Bummy Davis. And there was Gay Talese, writing his own classic pieces like the ones he wrote for Esquire about the silent season of Joe DiMaggio, and Frank Sinatra having a cold.
In Sports Illustrated there was Frank Deford, writing his own classic pieces, like the one he wrote nearly 40 years ago about Jimmy Connors, the one about the tennis champion, as the headline famously read, raised by women to conquer men.
This is from the beginning of that piece, the one about Connors’ grandmother, known as Two Mom, and his mother Gloria:
“The two women had promised him the world, and, just so, he grasped it in 1974: only 21, but already champion of all he surveyed, Alexander astride Bucephalus astride the globe. He won the Wimbledon final with the loss of but six games, Forest Hills with the loss of but two. Wise men in tennis sat about and seriously contemplated whether he would win every major title for, say, the next decade.
“Conqueror was what he was, too, because Connors did not merely win. He assaulted the opposition, laid waste to it, often mocked it, as well, simply by the force of his presence. The other players feared to go against him, because the most awesome legend that can surround any athlete sprang up about Connors: the better any mortal played against him, the better Connors became. So, he became invincible upon the court, because no man could beat him, and he was inviolate off the court, because his mother had told him so.”
This was the way Frank Deford could make himself readable and compelling and entertaining and literary, too. You can go to Sports Illustrated’s web site today and read that piece in full, and read the one about the fighter Billy Conn while you’re at it. Conn: Who nearly beat Joe Louis one time in what became one of the greatest heavyweight fights of them all, the one headlined “The Boxer and the Blonde.” You can read the long piece about Bob Knight, from the early 1980s, that seems so prescient now about all the coming storms for Knight. And read Frank Deford writing about Bill Russell was beautifully as anyone ever did.
He constantly elevated what Pete Hamill has always so fondly called “this wretched craft.” Elevated it, honored it. He was a kid from Baltimore who had been a dreamer himself once. Then allowed the rest of us to dream. That is his legacy, too. That time when he first commanded the stage at SI, with other giants? What a time that was.
http://www.nydailynews.com/sports/frank-deford-dreamer-allowed-rest-dream-article-1.3204951
Posted by jtf at 12:23 PM