The high priests of eco-destruction 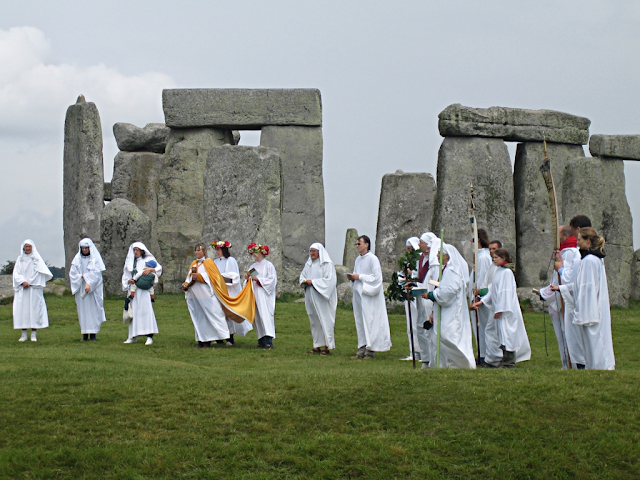 Rick Santorum is right. Pushing back against Democrats’ attempts to frame him as a religious menace, the GOP presidential candidate forcefully turned the tables on the White House: “When it comes to the management of the Earth, they are the anti-science ones.”

Scrutiny of the White House anti-science brigade couldn’t come at a better time (which is why Santorum’s detractors prefer to froth at the mouth about comments he made four years ago on the existence of Satan). It’s not just big-ticket scandals like the stimulus-subsidized Solyndra bankruptcy or the Keystone pipeline debacle bedeviling America. In every corner of the Obama administration, the radical green machinery is hard at work — destroying jobs, shredding truth and sacrificing our economic well-being at the altar of environmentalism.

–Take Obama’s head of the National Park Service, please. While serving as the Pacific West regional director of the NPS, Jon Jarvis was accused of at least 21 instances of scientific misconduct (pdf) by Dr. Corey Goodman, a high-ranking member of the National Academy of Sciences. Extensive information about Jarvis’ alleged role in cooking data about a California oyster farm’s impact on harbor seals at Point Reyes was withheld during the 2009 nomination process. Interior Secretary Ken Salazar has ignored complaints and follow-up from both Democratic Sen. Dianne Feinstein and Republican Sens. James Inhofe and David Vitter.

The National Research Council determined that the NPS had “selectively” slanted its report on the oyster farm. The federal Marine Mammal Commission found that “the data and analyses are not sufficient to demonstrate a causal relationship” between the farm’s operations and harbor seal health. In a letter blasting the NPS for bullying the small oyster farm, Feinstein — normally a reliable eco-ally — concluded earlier this month that the “crux of the problem is that the Park Service manipulated science while building a case that the business should be shuttered.”

Given Salazar’s own role in manipulating science while building his case for the White House offshore drilling moratorium — actions for which several federal judges spanked Salazar in the past two years — it’s no wonder he’s looking the other way. Remember: Two years ago, Salazar and former Obama eco-czar Carol Browner falsely rewrote the White House drilling ban report to wholly manipulate the Obama-appointed panel’s own overwhelming scientific objections to the job-killing edict. Despite repeated judicial slaps for their “determined disregard” for the law, the Obama administration continues to suppress documents related to that junk science scandal. Last month, House Republicans threatened to subpoena the Interior Department for information. Call it a greenwash.

–Water wars and the Delta smelt. The infamous, endangered three-inch fish and its environmental protectors continue to jeopardize the water supply of more than 25 million Californians. Federal restrictions have cut off some 81 billion gallons of water to farmers and consumers in Central and Southern California. Previous courts have ruled that the federal biological opinions used to justify the water cutoff were invalid and illegal. Last September, the U.S. District Court of the Eastern District of California admonished two federal scientists for acting in “bad faith.” The judge’s blistering rebuke of the Obama administration scientists concluded that their slanted testimony about the delta smelt was “an attempt to mislead and to deceive the Court into accepting what is not only not the best science, it’s not science.”

GOP Rep. Devin Nunes, who represents the hard-hit San Joaquin Valley area, noted that Salazar recently “doubled down on the illegal policies of the Department of Interior and attacked critics as narrow minded and politically motivated. Ironically, these were the same basic criticisms levied against his department by the federal court.”

While Salazar manufactures a new biological opinion on the matter to get the courts off his back, unemployment and drought plague the Central Valley. And the White House stands by its “scientists.”
–Dams in distress. In Siskiyou County, Ore., local officials and residents announced last week that it intends to sue Salazar and Team Obama over their potential removal of dams on the Klamath River. Once again, the administration’s systematic disregard for sound science and the rule of law is in the spotlight.

Salazar is expected to make a decision by the end of March on environmentalists’ demands that four private hydroelectric dams be demolished to protect salmon habitats and “create” demolition and habitat restoration jobs. Opponents say Salazar has already predetermined the outcome. Green activists blithely ignore the massive taxpayer costs (an estimated half-billion dollars) and downplay the environmental destruction the dam removals would impose. GOP Rep. Tom McClintock put it most charitably: “To tear down four perfectly good hydroelectric dams at enormous cost is insane.”
People of faith aren’t what’s bedeviling America. Blame the high voodoo priests of eco-destruction in Washington who have imposed a green theocracy on us all. Science be damned.