With laser-like precision, Schaeffer hit on the fundamental issue of our day. 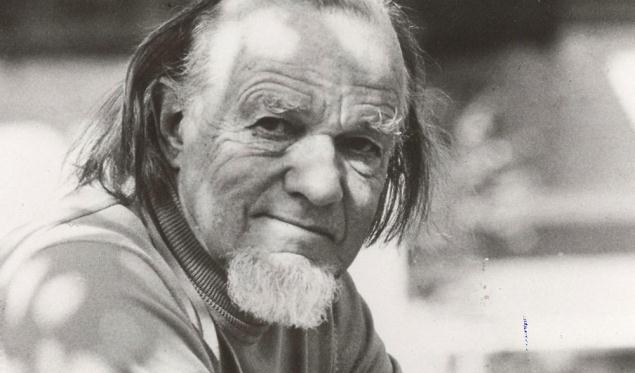 Historic Christianity, biblical Christianity, believes that Christianity is not just doctrinal truth, but flaming truth—true to what is there, true to the great final environment, the infinite-personal God." Thus said the great prophet of the 20th century, Francis Schaeffer, whose 100th birthday we celebrate this year.
Central casting in Hollywood could not have produced a better character for the prophet's role: his trademark knickers, often straggling hair, goatee, and intense scowl. His voice may have been shrill at times, but his words were piercing. Those words spoke of what he called "true truth," and warned the church against succumbing to relativism, which—even back in the 1970s—had conquered academia and infiltrated broader society.
Schaeffer, with laser-like precision, hit upon the most fundamental issue of our day: The denial of "true truth" was not some passing academic fad. In both its post-Kantian and postmodernist garb, this denial detaches language from reality and leads to the kind of moral and spiritual relativism that is the current coin of contemporary discourse, especially in Europe and North America.
Schaeffer's message impacted both of us at formative stages of our Christian growth. We were stirred by his challenge for the church to be more than a safe haven for the saved, just a comforter of souls. We were moved by his call to bring Christian truth to bear in every aspect of human life, including literature, politics, and the arts.
Young people by the thousands, many of them refugees from the 1960s counterculture, responded to Schaeffer's call. They made the pilgrimage to his unique community at L'Abri, a word that means "shelter" in French. There they hiked the Alps, listened to Bach concerts, and talked late into the night. They discovered Christianity to be worth considering and capable of being defended. Schaeffer introduced apologetics to a younger evangelical generation and warned against divorcing personal faith from public witness. But L'Abri was far more than a study center. Francis and Edith Schaeffer demonstrated the power of persuasive hospitality lived out in community.
At the heart of Schaeffer's concern was an uncompromising commitment to the sanctity of human life. More than any other evangelical leader of his time, Schaeffer placed the prolife concern on the agenda of the evangelical movement. As our friend Richard John Neuhaus often noted, Schaeffer's witness on the issues of life helped form the context for evangelical and Catholic collaboration.
There is another crucial dimension of Schaeffer's legacy pertinent to this anniversary year. Late in life Schaeffer published a small book, The Mark of the Christian, in which he called for a "final apologetic." Drawing on Jesus' words in John 13:34-35, Schaeffer reminded us that Jesus gave the world the right to decide the genuineness of our faith by our observable love for one another. "This means showing love to our brother in the midst of our differences—great or small—loving our brothers when it costs us something, loving them even under times of tremendous emotional tension, loving them in a way the world can see …. Only with this mark may the world know that Christians are indeed Christians and Jesus was sent by the Father."
Schaeffer's challenge remains pertinent today. The mark of Jesus in us is crucial, and it is compelling. None of our activities—evangelism, social ministry, mission, and worldview work—will receive God's full blessing if they are not guided by the "final apologetic" of demonstrating observable love for one another.
Many of us have tried to pick up pieces of Schaeffer's legacy. But no one has brought charity and clarity together the way he did. No one has spoken with the compassion, precision, and, yes, fierceness that Schaeffer brought to the task.
Some say today that the church should take a sabbatical from speaking to the culture at large. That would be a grave mistake. The alternative to winsomely engaging the culture isn't blissful withdrawal: it is further subjugation to what Pope Benedict XVI has called the "dictatorship of relativism." Schaeffer taught us that the undermining of truth leads to the loss of human rights, including liberty and life itself.
The title of this column is an apt description of Schaeffer's legacy: contra mundum, against the world. Schaeffer swam against the stream and his words were prophetic, sharp, sometimes cutting. But Schaeffer was against the world in order to be for the world, the world God made and for which Christ died. We can hardly celebrate his legacy in any other way but to hear and to heed.
Related Elsewhere:
Previous articles on Francis Schaeffer include:

Not Your Father's L'Abri | The Swiss retreat now tends less to philosophical skeptics than to disaffected evangelicals. (March 28, 2008)

Francis Schaeffer, the Pastor-Evangelist | Bryan A. Follis on his book,Truth with Love. (May 22, 2007)