One Homeland Security official describes government outreach to the Somali community as “a total failure."
http://pajamasmedia.com/ 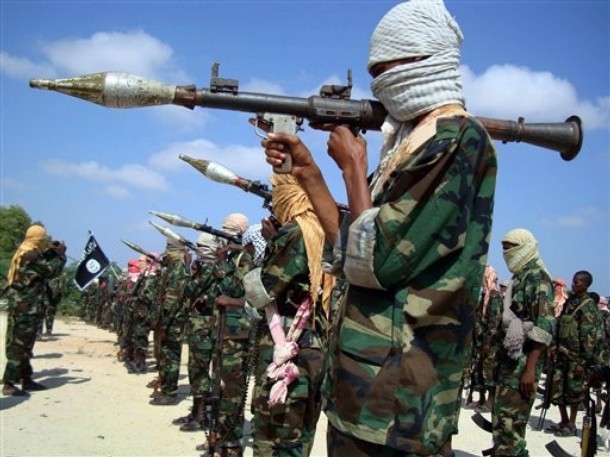 A Minneapolis man, Omer Abdi Mohamed, is scheduled to go on trial next week in federal court on charges that he aided a group of young American Somali men in their travels to Somalia to fight with the al-Qaeda-linked al-Shabaab terrorist organization. Two of the men that Mohamed helped leave the country conducted suicide bombings, the most recent last month which I reported on exclusively here at PJMedia. In fact, over the past few years more than two dozen Somali men from the U.S. are known to have left for the fields of jihad in Somalia.

But just as that trial is about to begin we can report exclusively here at PJMedia that a new batch of al-Shabaab recruits from Minnesota and Ohio have left the country to join the terrorist group.

Confirmation of this new crop of al-Shabaab recruits comes from award-winning Kenyan journalist Fatuma Noor, who met up with the ten new recruits ranging in age from 17 to 24 years old in Nairobi and then Northern Kenya as they were on their way to cross the border into Somalia. Noor just won the CNN MultiChoice African Journalist award for 2011 for her past work interviewing Western al-Shabaab recruits. In her current three-part series in the Nairobi Star, she also recounts her travel with the recruits to the Somali border, and how she was almost killed by al-Shabaab in Somalia for violating Islamic law by traveling without a chaperone with men who were not her relatives (only to be saved by the al-Shabaab recruits).

In her article, Noor identifies some of the American Somalis in the group:
They were joined by at least three other Somalis from other countries:
This week I called several FBI field offices that regularly handle Somali-related terrorism issues. I was told by one official, “This is the first we’re hearing about it.”

Another official said that this news “represents a complete and utter breakdown in our outreach to the Somali community”:


To have even more of these kids leave the country right under our noses without a word from the people we are working with who are supposed to be our eyes and ears means that all of this outreach over the past few years is a total failure. It doesn’t help that those we are working with are the ones recruiting these kids to go fight. … Everyone in the Muslim community and mainstream media who vilified [Rep.] Peter King and the House Homeland Security Committee who tried to look into this problem owe them a major apology.

One of those who testified in March before the House Homeland Security Committee (which I covered here at PJMedia) was Abdirazik Bihi, whose 17-year-old nephew Burhan Hassan was killed fighting with al-Shabaab. Bihi was the subject of a lengthy Washington Post article last weekend. He tries to fight radicalization in Minneapolis despite operating a one-man center on a shoe-string budget while being ostracized by his own community leaders and as billions are spent on ineffective Homeland Security programs. Ominously, Bihi warned that more Somali youths would be recruited from the U.S., being tragically vindicated by this news we are exclusively reporting here today.

The issue of radicalization and terror recruitment among Somali-American youths is an issue I’ve covered here at PJMedia since 2007 (long before it became fashionable for the establishment media). In November 2007, I wrote about a terror fundraiser and deputy of designated terrorist Sheikh Aweys, Zakaria Haji Abdi (who is now part of the Somali TFG government), who was scheduled to speak at several events in Minnesota and Virginia. Our pleas to Homeland Security officials to deny entry to the fundraiser fell on deaf ears and the event took place as planned.

At the time I noted that during the Minneapolis event Abdi instructed the attendees how to send money through hawala networks without raising suspicions of authorities. Law enforcement authorities now concede that the November 2007 meeting I reported on was the tipping point for radicalization in the Minneapolis Somali community. The first group of Somali Americans to leave for jihad back in Somalia left shortly after the Minneapolis event. Included in that group was Shirwa Ahmed, who conducted a suicide bombing attack in northern Somalia — the first known case of an American suicide bomber.

And in the aftermath of the November 2008 presidential election a larger group of nearly two dozen young Somali men left to fight with al-Shabaab. Several members of the November 2008 group have been confirmed killed fighting with al-Shabaab. Then in September 2009, Seattle resident Omar Mohamud carried out another suicide attack targeting African Union troops. Two stolen UN vehicles were used in that attack, which killed twenty-one people.

Last September I reported here at PJMedia that a top al-Shabaab commander killed in fighting Somali TFG troops in Mogadishu was Columbus, Ohio, resident Dahir Gurey. And let’s also not forget that last November, Portland college student Mohamed Osman Mohamud was caught in a FBI sting attempting to blow up a VBIED at the Portland Christmas Tree lighting ceremony that could have potentially killed hundreds of American citizens. With the news that an entirely new crop of al-Shabaab recruits has left the country, it seems clear that the problem of radicalization in the Somali community is increasing rapidly.

Yet as I recently reported here, the U.S. government continues to conduct “outreach” to the very individuals responsible for radicalizing these youths and recruiting them for jihad. As the U.S. continues to attack al-Shabaab forces in Somalia and target al-Shabaab leaders, how long before one of these American Somali recruits is tasked to return home and kill Americans?


Patrick Poole is a regular contributor to Pajamas Media, and an anti-terrorism consultant to law enforcement and the military.
Posted by jtf at 11:17 PM