No Independence Day for debt-ridden America 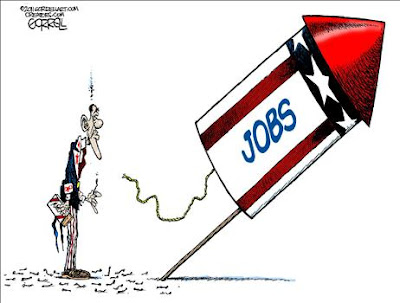 Dozens of countries have "Independence Days." Nov. 25, for example: Independence Day in Suriname. In that instance, as in most others, the designation signifies nothing more than transfer of de jure sovereignty and de facto operational control from a distant European capital to a more local regime. 1975 in Suriname's case. They had the first military coup seven years later.

But in America "Independence" seemed as much a statement about the character of a people as a designation of jurisdictional status. The first Americans were British subjects who had outgrown a British king as benign and enlightened as any ruler on the planet. They demanded "independence" not from foreign rulers of another ethnicity but from their own compatriots with whom they had a disagreement about the nature of government. Long before the Revolutionary War, small New England townships governed themselves to a degree no old England towns did. "Independence" is not about the replacement of a king in London with a president in Washington but about the republican virtues of a self-reliant citizenry free to exploit its own potential.

Please, no snickering. The self-reliant citizen? In the damning formulation of contemporary American vernacular, he's history – as in over and done with, fuhgeddabouttim. What's left of that founding vision on this less than Glorious Fourth of July 2011 in the Brokest Nation in History? "You go talk to your constituents," President Obama taunted Republicans on Wednesday, "and ask them are they willing to compromise their kids' safety so that some corporate jet owner continues to get a tax break?"

In the Republic of Brokistan, that's the choice, is it? Give me safe kids or give me corporate jets! No corporate aviation without safe kiddification! In his bizarre press conference on Wednesday, Obama made no fewer than six references to corporate jet owners. Just for the record, the tax break for corporate jets was part of the "American Recovery and Reinvestment Act of 2009" – i.e., the stimulus. The Obama stimulus. The Obama-Pelosi-Reid stimulus. The Obama-Pelosi-Reid-Democratic Party stimulus that every single Republican House member and all but three Republican senators voted against. The Obama-Corporate Jet stimulus that some guy called Obama ostentatiously signed into law in Denver after jetting in to host an "economic forum."

Charles Krauthammer did the math. If you eliminate the Obama-Pelosi-Reid Corporate Jet Tax Break, you would save so much dough that, after 5,000 years, you would have clawed back enough money to cover one year of Obama's debt. Five thousand years is the year 7,011. Boy, our kids'll really be safe by then. I see some leftie at MSNBC has just been suspended for characterizing the president's performance Wednesday as that of a demotic synonym for the male reproductive organ. So I shall be more circumspect and say only that even being a hollow unprincipled demagogue requires a certain lightness of touch Obama can't seem to find.

Speaking of corporate jets, did the president fly commercial to Denver? Oh, but that's different! He's in "public service." A couple of weeks before he flew Air Force One to Denver, he flew Air Force One to Williamsburg, Virginia. From the White House (well, via Andrews Air Force Base). That's 150 miles, a 30-minute flight. He took a 747, a wide-bodied jet designed to carry 500 people to the other side of the planet, for a puddle-jump across the Potomac.

Oh, but it was for another "economic forum." This time with House Democrats – the ones who voted for the Obama Corporate Jet Tax Break. "Economic forums" are what we have instead of an economy these days.

Aside from the Sultan of Brunei and one or two similar potentates, no other head of state goes around like this. In a self-governing republic, it ought to be unbecoming. But in the Brokest Nation in History it's ridiculous. And the least the beneficiary of such decadence could do is not condescendingly lecture those who pay for their own transportation. America's debt is an existential crisis, and playing shell games with shriveled peas of demonizable irrelevancies only advertises your contempt for the citizenry.

By the way, one way to cut back on corporate jettage would be to restore civilized standards of behavior in American commercial flight. Two weeks ago, a wheelchair-bound 95-year-old woman at Northwest Florida Regional Airport flying to Michigan to be with her family for the final stage of her terminal leukemia was made to remove her adult diaper by the crack agents of the Transport Stupidity Administration. George III wouldn't have done this to her.

Oh, c'mon, do you want to compromise your kids' safety in order to give grope breaks to dying nonagenarians? A spokesgroper for the Transport Stupidity Administration explained that security procedures have to be "the same for everyone" – because it would be totally unreasonable to expect timeserving government bureaucrats to exercise individual human judgment. Oddly enough, it's not "the same for everyone" if you're Olajide Oluwaseun Noibi from Nigeria, who on June 24 got on a flight at JFK with a college ID and an expired boarding pass in somebody else's name. Why, that slippery devil! If only he'd been three-quarters of a century older, in a wheelchair and dying of leukemia, we'd have got him! He was arrested upon landing at LAX, and we're now going to spend millions of dollars prosecuting him. Why? We should thank him for his invaluable expose of America's revolting security theater, and make him head of the TSA.

What else isn't "the same for everyone"? A lot of things, these days. The president has a point about "tax breaks". We have too many. And on the scale of the present tax code that's a dagger at the heart of one of the most basic principles of free societies – equality before the law. But, of course, the president is not opposed to exemptions and exceptions and special privileges on principle: After all, he's issued – what is it now? – over a thousand "waivers" for his own Obamacare law. If you knew who to call in Washington, maybe you got one. If you didn't, tough.

But that's the point. Big Government on America's unprecedented money-no-object scale will always be profoundly wasteful (as on that Williamsburg flight), stupid (as at the TSA) and arbitrary (as in those waivers). But it's not republican in any sense the Founders would recognize. If (like Obama) you're a lifetime member of the government class, you can survive it. For the rest, it ought to be a source of shame to today's Americans that this will be the first generation in U.S. history to bequeath its children the certainty of poorer, meaner lives – if not a broader decay into a fetid swamp divided between a well-connected Latin-American-style elite enjoying their waivers and a vast downwardly mobile morass. On Independence Day 2011, debt-ridden America is now dependent, not on far-off kings but on global bond and currency markets, which fulfill the same role the cliff edge does in a Wile E Coyote cartoon. At some point, Wile looks down and realizes he's outrun solid ground. You know what happens next.