Carter's cancer all too familiar 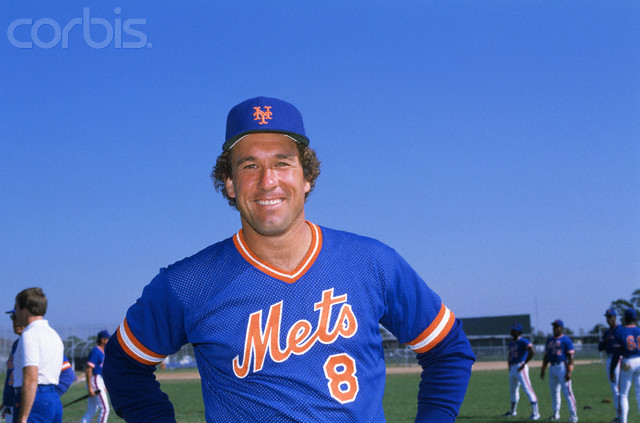 Major League Baseball and its ever truculent players union share a grand tradition of historic disagreement, but perhaps they should consider a collaboration on what now seems inescapably a worthwhile project: looking hard, clinically hard, at the diagnosis of Hall of Fame catcher Gary Carter.

Inoperable Stage 4 glioblastoma is the published description, and the series of tumors at the back of the 11-time All-Star's brain is a heartbreaking reality for Carter, his family and anyone who reveres his contributions to the national pastime.

Were that not sufficiently sickening, Carter's case is just plain too similar to too many people who were around the game in the 1970s and '80s. Brain cancer has too soon taken from us Tug McGraw, Ken Brett, Dan Quisenberry, Johnny Oates, Dick Howser, John Vukovich, Bobby Murcer and perhaps others whose premature deaths had brain cancer as a secondary condition.

Robert Tufts, a former San Francisco Giants and Kansas City Royals pitcher who went on to take a Columbia MBA, has discussed this statistical paradox frequently at examiner.com but, if anything, Carter's situation seems only to cloud it.

Some working theories have centered on the artificial playing surfaces in Kansas City and/or Philadelphia, likely because six of the aforementioned deceased played for either the Royals or the Phillies, and five of them -- McGraw, Brett, Quisenberry, Oates and Vukovich, played for teams that reached the 1980 postseason that culminated in a Phillies-Royals World Series.

Carter, obviously, joins Murcer as the only ones on the list with no connection to either the Phillies or Royals, but Carter finished a game short of that same postseason and played in Philadelphia frequently with National League East rivals Montreal and the New York Mets. Murcer also played both stadiums in that same era.

Carter's family indicated this week that "The Kid," as he was called by teammates, will bring the same smiling competitiveness to this fight that he brought to National League baseball over 19 summers.
That's a certainty.

Though he lacked the defensive giftedness of Johnny Bench (as did 100 percent of your humans) and the beauteous switch-hitter's stroke of Ted Simmons, Carter otherwise defined catching excellence in his era.

It's often alleged that baseball writers favor nice guys in their Hall of Fame balloting and that they discriminate against the jerks, so how come Carter hung on the ballot for six years before 78 percent of writers finally agreed he was a Hall of Famer in 2003?

Players genuinely nicer than Carter were very few. Questioning him at his locker during the last days of the 1980 pennant race in Montreal's Olympic Stadium, I was stunned to be offered a beer.

Carter had driven in 101 runs and swatted 29 home runs for those Expos, finishing second in the Most Valuable Player voting to Mike Schmidt. Had the Expos taken two of three from the Phillies on that final weekend and won the division, it might have been different.

Fortunately, Carter's career didn't end without postseason glory. Traded to the Mets for four players in December '84, Carter drove in 205 runs over the next two summers and emerged as the reliably professional leader of the hard-partying Dwight Gooden-Darryl Strawberry-Lenny Dykstra 1986 Mets.

Without Carter, the Mets might not have been able to stretch the Boston Red Sox to a sixth game of that World Series, as it was he who mashed two homers over Fenway's monster in Game 4. It was Carter, with the Mets down to their final strike, who started the two-out rally in the 10th inning of Game 6. He singled to left. It was Carter whose sacrifice fly two innings earlier had erased a 3-2 Red Sox lead. If you make a full disc of everything that has crossed the mind of Bill Buckner in the 25 years since that night, one of them has to be, "If it hadn't been for that Carter ... "

After he retired in '92, Carter started the Gary Carter Foundation, which buttresses the educational needs of underprivileged kids near where he lives in Florida.

God Bless and keep Gary Carter. We should know better than to count him out.