Our willingness to intervene overseas has made the world a better place. 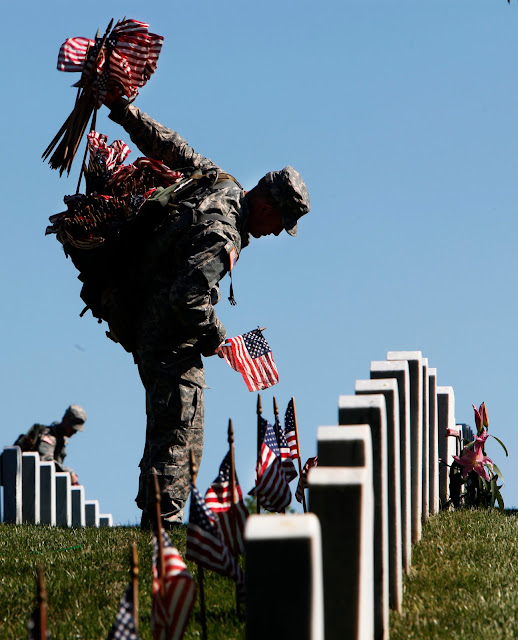 The world is a better place because Adolf Hitler did not preserve his conquest of the European continent, and because the Greater East Asia Co-Prosperity Sphere of Hideki Tojo and his militarists imploded at Midway, Guadalcanal, and Okinawa. Italy and the Mediterranean were far better off without Benito Mussolini and his mad plans for a renewed but debased Roman Empire, which ended on his own Italian soil at exotic-named places like Anzio and Monte Cassino.

The dream of Soviet rulers from Stalin to Brezhnev was a global gulag overseen from the blood-stained Communist Kremlin. It ended only through the 50-year deterrence of the American military. South Korea, the Philippines, and Taiwan are somehow still free and independent — and would not be without American carriers, jets, and submarines.

Our generation’s own rogues’ gallery of killers — Saddam Hussein, Slobodan Milosevic, Manuel Noriega, and the Taliban — have lost their tyrannies. If South America chooses to become Communist, it will be by its own volition and not because of an unfettered cross-border invasion from Cuba, Nicaragua, or Venezuela. Even our enemies can export or import oil freely from the Middle East without worries of armed intervention or piracy — as long as an American carrier is nearby in the Gulf.

It seems as if the more Europe disarms and gnashes at the United States, the more we are there when it needs us. If an ascendant China decides to bully Japan or Taiwan in earnest, only one country can thwart it. No one will call the European Union or Russia should North Korea tomorrow cross the 38th parallel or Iran decide to launch a missile. If Turkey rearranges the border in Cyprus or claims airspace over the mid-Aegean, anti-American Greece will turn pro-American. There will be no second Holocaust, in part because of American military support for Israel.

The list of American wars, interventions, and campaigns, past and present, is endless — a source of serial political acrimony here at home over the human and financial cost and wisdom of spending American lives to better others. Sometimes we feel we are not good when we are not perfect, whether trying to stop a Stalinist North Vietnamese takeover of the south, or failing to secure Iraq before 2008. But the common story remains the same: For nearly a century, the American soldier has often been the last, indeed the only, impediment to butchery, enslavement, and autocracy.

It was the custom of great leaders from Pericles to Napoleon to declare that the graves of their soldiers in far-off foreign soils were testaments to their nations’ grandeur, power, and reach; yet our white crosses in American cemeteries from Epinal, St.-Mihiel, and Normandy to Manila, Tunisia, and Sicily are tributes to American military courage and competency — and a willingness to see an end to wars that brutal men started and might have won had our youth not crossed the seas.

We should remember all that in the present age of cynicism and nihilism, recalling that nothing has really changed, as some Americans this Memorial Day seek to foster something better than Saddam Hussein, the Taliban, and Moammar Qaddafi. Behind every American soldier, dozens of their countrymen tonight sleep soundly — and hundreds more in their shadow abroad will wake up alive and safe.

—Victor Davis Hanson is a classicist and historian at the Hoover Institution, Stanford University, and the author, most recently, of  The Father of Us All: War and History, Ancient and Modern.
© 2011 Tribune Media Services, Inc.
Posted by jtf at 6:28 AM