A Horrid Crime, a Dishonest Debate 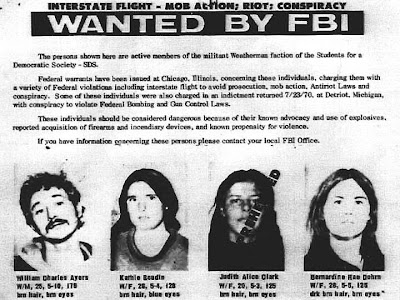 On June 5, 1968, a deranged 25-year-old Jordanian named Sirhan Sirhan slithered through a crowd toward Sen. Robert Kennedy as the Democratic presidential candidate basked in the glow of his California presidential primary triumph. Sirhan shot and killed Kennedy, wounding several others. The ensuing investigation showed that Sirhan was a raging anti-Semite who’d become fixated on Senator Kennedy because of the latter’s support for Israel.

Two people profoundly impressed by the assassination were the terrorists Bill Ayers and Bernardine Dohrn. In 1974, they dedicated their own communist manifesto, Prairie Fire, to Sirhan, hailing him — among a cast of violent radicals — as a courageous political prisoner.[1] In the book itself, they and the rest of the Weathermen went on to identify themselves proudly as “communist women and communist men underground in the United States” who were determined to lead a violent leftist revolution — a “fight [to] seize power and build the new society.” Their rhetoric, their heedless dehumanization of those they maligned as ideological “enemies,” was coupled with acts of horrific violence, including a plot to mass-murder U.S. soldiers in Fort Dix, a plot that went awry when the nail bomb accidentally exploded during construction, killing some of the terrorists.[2]

This history is one the modern Left, in which Ayers and Dohrn remain icons, would rather you’d forget today. Today, instead, is for politicizing the wanton savagery of another deranged radical, 22-year-old Jared Lee Loughner, who stunned the nation by slithering through a Tucson crowd and unleashing a 31-shot fusillade, gravely wounding his primary target, Democratic Rep. Gabrielle Giffords of Arizona. In the spree, Loughner also killed six people: nine-year-old Christina Green; three elderly Arizonans, Dorothy Morris, Dorwin Stoddard, and Phyllis Schneck; John M. Roll, Arizona’s chief federal district judge; and Gabriel Zimmerman, an aide to Representative Giffords. Two other legislative aides, Pamela Simon and Ron Barber, were wounded.

Already, we have learned a great deal about the assassin. He is a deeply disturbed pot-head. In order to give meaning to the addling emptiness of his life, he turned to the anti-Semitic rants of Adolph Hitler, Marx’s Communist Manifesto, the occult, and what appears to have been an obsession with Representative Giffords, a Jewish congresswoman and supporter of Israel. Some acquaintances and schoolmates who’d endured his tirades over the years predicted he’d come to an end just like this.

Nevertheless, the instantaneous reaction of the hard Left, President Obama’s base, was to politicize the Tucson atrocity as a natural, an inevitable, result of conservative ideology, enthusiasm for immigration-law enforcement and gun ownership by law-abiding Americans, and dissent from Obama’s policies — Giffords, a centrist Democrat (indeed, a former Republican) having supported Obamacare and amnesty for illegal aliens. 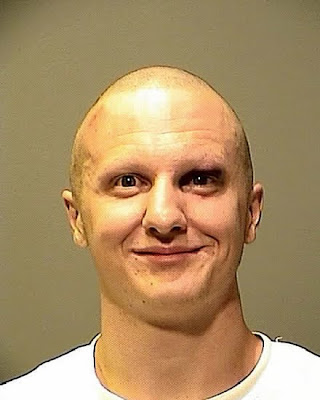 The atrocity has called on us to indulge a double fantasy. First, that it is worth the time and effort to engage Obama’s base in a debate about the root cause of the shootings, and specifically about whether what the Left frames as an atmosphere of toxic rhetoric (translation: the Tea Party, talk radio, and Fox News) is to blame. Second, that without such a debate, we wouldn’t and couldn’t know why this atrocity happened.

To grasp the absurdity of the first point, one need only remember the reaction to terrorist attacks by two jihadists: Maj. Nidal Hassan, who killed 13 people and wounded numerous others in the Fort Hood massacre, and Umar Farouk Abdulmutallab, who tried to explode a plane over Detroit on Christmas Day 2009. There could not have been a more committed effort to deny that Islamist ideology and its hateful rhetoric had anything whatsoever to do with these events.

Very simply: The Left likes Islam and sympathizes with the Islamist critique of America, while it seethes with contempt for the likes of Sarah Palin, Rush Limbaugh, and any person or institution that can serve as a symbol of conservatism or bourgeois American life. Consequently, any heinous act that can be contorted, however counterfactually, into a condemnation of the Right will be exploited for that purpose. Conversely, there is to be quick rationalization for, and then studious suppression of, any shameful episode that is too clearly traceable to a leftist cause célèbre — Islam, a movie pining for George W. Bush’s assassination, ghoulish wishes that Clarence Thomas or Dick Cheney will meet swift and painful deaths, or Senate Democrats’ comparing U.S. troops to Nazis, Soviets, Pol Pot, or terrorists.

There is no point debating any of this. Two years ago, we were still being told dissent was the highest form of patriotism; now it’s the root cause of murderous rampage. Modern leftists are tacticians. They’ve convinced themselves of the rightness of their cause, obviating the need to be consistent or faithful to facts in any single episode. For them, it’s all about how the episode can be spun to help the cause. That’s worth understanding, but not debating.

Second, can we forget that Bill Ayers and Bernardine Dohrn’s atrocities transformed them into icons of the modern Left — respected “educators” still passionate about “social justice”? Barack Obama didn’t say, “I’ll have nothing to do with unrepentant terrorists who dedicate books to deranged assassins.” He chose to hold his political coming-out party in their living room and cultivated relationships with them, just as he cultivated a relationship with other hate-mongering radicals.

It is as stupid to claim that rhetoric causes violence as it is to claim that normal people can be entrapped into terrorism. What vitriolic thing would someone need to say to you, whether the vitriol could be cast as right-wing or left-wing, that would get you to pick up a gun and start spraying bullets at people with whom you disagreed, however vigorously, about some political or social issue? It wouldn’t happen. It couldn’t happen.

If wanton violence has a cause other than mental illness, it is a culture that lionizes the savages. That culture is not the culture of the Tea Partiers so despised by the Left. Many Tea Partiers are part of what until recently was called “the Christian Right,” an amorphous group of Americans, not all of whom are actually Christians, tied together by their shared acceptance of basic Judeo-Christian principles, such as equality and the sanctity of life (even the lives of their ideological opponents). They love liberty, because in their hands it is guided by virtue. It leads to the good life and the good society, not to dissipation and anarchy. Many of them pray for President Obama despite their revulsion at most of his policies. All of them consider him their president and would rally behind him if the good of the nation demanded it. Their dissent does not diminish their patriotism.

For our opinion elites, though, they are a punch line or, when disaster strikes, a punching bag. Those elites scoff at the very idea of real, knowable virtue — unless it is rhetorically useful in showing that America has failed to measure up. They would erase any traditional understanding of virtue from public life, replacing it with their vapid “values.” Under these, the young learn, a terrorist can still be a hero if he kills for noble reasons, if it becomes fashionable to deny the humanity of those he takes as his enemies.

And then we wonder at the depravity of the next atrocity.

[2] http://www.nationalreview.com/corner/167989/bill-ayers-unrepentant-lying-terrorist-andrew-c-mccarthy
Posted by jtf at 8:22 AM