[I'm certain that Christian and Jewish Batman will be soon making their appearance in DC Comics. - jtf]

Meet the New Batman: An Algerian Muslim Who Saves France from Nazis and Communists

Reality isn’t always very fun. Because of that many people turn to comic books for a little escapism. But there’s escapism and PC indoctrination. Sadly, it appears that DC Comics’ Batman is angling for the latter and not the former. You see, Batman has decided to hire a Muslim to “save France.”

First the reality. The country of France is having serious domestic problems between its immigrant Muslim community and those natural-born, European Frenchmen. Immigrants have been rampaging across the country for several years now. Clashes between police and large groups of rioting Muslim youth have wreaked havoc on the Gallic nation. Violence is all too common — it is woefully common for hundreds of cars to be lit afire in these riots and dozens of arrests to be made. It has the country split and frightened. 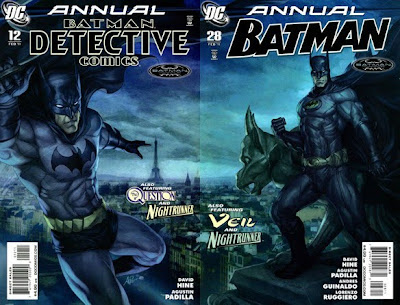 It has gotten so bad in France that in some parts of its cities, those parts controlled by marauding gangs of Muslim youths, whites never enter for fear of their lives. Not only that but not even police dare enter these areas. This dangerous situation does not seem anywhere near being solved. In fact, it’s just getting worse.

Now for the fantasy: enter The Batman.

DC Comics recently launched a series called “Batman Incorporated.” Essentially, Bruce Wayne (well-known as Batman’s alter ego to comics fans) is cruising the world setting up a “Batman” for major cities across the globe. These Batman figures, though, will not be vigilantes. They will be sanctioned by whatever local police force is in charge of the area in which the new Batman is operating. In the case of Detective Comics number 12 (Part one) and Batman Annual number 28 (Part two), Bruce Wayne has come to Paris, France to find a “French savior.”

The story reveals to us a cult-like group that is assassinating France’s fringe political figures. The cult’s goal is to cause unrest and riots to be led by the murdered political figure’s followers. This group hypnotizes its members to kill and then to commit suicide so that the cult cannot be discovered.

First a “popular” French union activist “with ties to the French Communist Party” is murdered. Next the leader of a “break-away Neo-Nazi Party” is killed. Then Batman discovers that a “minor diplomat” from Saudi Arabia is targeted. Batman tries to stop the assassination but is too late. 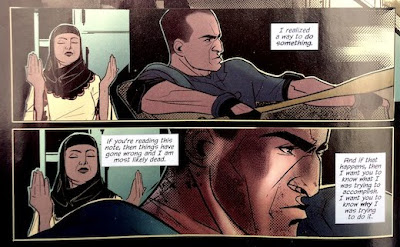 Batman turns to a man that he helped police arrest earlier in part one. When first encountered the young man was dressed in a skin-tight, black costume and sported a face mask. Batman arrested him when this man tried to involve himself in some rioting. Batman didn’t know the young masked man was actually trying to stop the riot but later learns of his good intentions. Consequently the Dark Knight decides to put this man to work to help stop the cult that is assassinating French political figures and causing riots.

In the course of this story Batman, aka Bruce Wayne, decides that this man should become the French representative of Batman Incorporated. As Wayne styles the man, he’ll be the “French savior.” He ends up calling himself Nightrunner.

So what’s wrong with all this? Only that it is completely absurd and so badly misleads people from any understanding of why riots are really going on in France that it almost qualifies as a crime itself.

You see, DC Comics has decided that the “French savior,” the French Batman is to be a Muslim immigrant. The character’s name is Bilal Asselah and he is an Algerian Sunni Muslim and an immigrant that is physically fit and adept at gymnastic sport Parkour. Apparently Batman couldn’t find any actual Frenchman to be the “French savior.”

The whole situation is a misreading of what ails France. The truth is, neither communist Union members nor “Neo-Nazi” Parties are causing riots in France. Muslims are. Yet DC Comics is absurdly making a Muslim immigrant the “French savior”? This is PCism at its worst. Not only that but it is pretty condescending to France, too. France is a proud nation. Yet DC Comics has made a foreigner the “French savior.” This will not sit well with many Frenchmen, for sure. Nor should it. 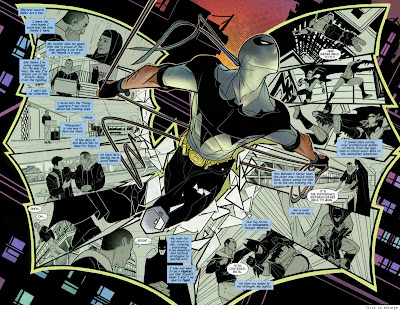 As DC told the tale of this character’s origin, it badly downplays the seriousness of the actual racial tension in France. In essence, all you get from the story is that “they hate us, and we hate them.” There is no attempt at all to explain the real underlying problem. The true cause of the riots and violence between Frenchmen of European stock and that of immigrant Muslim stock is glossed over as if it doesn’t even exist. DC Comics makes the whole problem as simplistic as mere racism as if that is all there is to it ignoring the fact that Islam is the single most important factor in the strife.

Unfortunately, readers of Batman will not be helped to understand what troubles are really besetting France. In this age when Muslim youths are terrorizing the entire country, heck in this age of international Muslim terrorism assaulting the whole world, Batman’s readers will be confused by what is really going on in the world. Through it all DC makes a Muslim in France a hero when French Muslims are at the center of some of the worst violence in the country’s recent memory.

These few examples aren’t the only ones, either. Among many other instances, last April the venerable Archie Comics announced they were adding a gay character[4] and back in 2007 movie makers announced that they intended to remove all mentions of the U.S. military from G.I. Joe (they later relented to a degree).[5]

It all adds up to a PCing of the American comic book industry that has been going on for far too long.

Email ThisBlogThis!Share to TwitterShare to FacebookShare to Pinterest
Labels: Islam and The West, Media and Culture

it's condescending for a muslim to be their saviour, yet not for an american blogger to declare what their social ills are?