By George F. Will
The Washington Post
http://www.washingtonpost.com/
Sunday, November 28, 2010 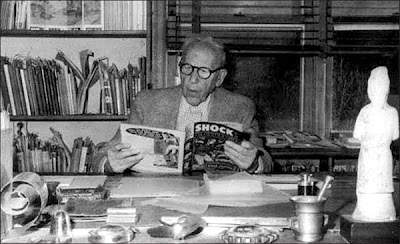 An eminent Harvard law professor, James Thayer (1831-1902), argued that although the judicial function is "merely that of fixing the outside border of reasonable legislative action," this still gives courts "a great and stately jurisdiction." While patrolling that jurisdiction today, Supreme Court justices may be playing the video game "Postal 2," whose rich menu of simulated mayhem provoked California's legislature to pass a problematic law.[1]

During the oral argument about whether the law restricting children's access to violent video games violates First Amendment guarantees of free expression, the lawyer representing game manufacturers urged the court to remember America's history of moral panics, which he said included one in the early 1950s about comic books. Really? Yes, and the episode remains instructive.

An estimated 90 percent of children 8 to 13 then read 10-cent comic books, of which scores of millions were sold weekly. The worry du jour was juvenile delinquency. By 1957, delinquency - how quaint the term sounds - would be romanticized in "Romeo and Juliet" recast as "West Side Story." But by 1953, delinquency was considered an epidemic symptomatic of national decline, so the U.S. Senate established a juvenile delinquency subcommittee. It included Estes Kefauver, the spotlight-seeking Tennessean whose 1950-51 hearings on organized crime - the first congressional hearings to have a mass television audience - made him a presidential candidate and, in 1956, the Democrats' vice presidential nominee.

In 1954, Fredric Wertham brought science - very loosely defined - to the subject of juvenile crime. Formerly chief resident in psychiatry at Johns Hopkins, he was politically progressive: When he opened a clinic in Harlem, he named it for Paul Lafargue, Karl Marx's son-in-law who translated portions of "Das Kapital" into French, thereby facilitating the derangement of Parisian intellectuals.

Without ever interviewing the convicted spy Ethel Rosenberg, Wertham testified on her behalf concerning what he called her "prison psychoses." Since 1948, he had been campaigning against comic books, and his 1954 book, "Seduction of the Innocent," which was praised by the progressive sociologist C. Wright Mills, became a bestseller by postulating a causal connection between comic books and the desensitization of young criminals: "Hitler was a beginner compared to the comic-book industry."[2]

Wertham was especially alarmed about the one-third of comic books that were horror comics, but his disapproval was capacious: Superman, who gave short shrift to due process in his crime-fighting, was a crypto-fascist. As for Batman and Robin, the "homoerotic tendencies" were patent.

Comic-book publishers fended off such pressures by adopting a severe code of conduct. Soon even Betty and Veronica, those less-than-wanton femme fatales of the "Archie" comics, had their supposedly provocative protuberances made less so by donning looser-fitting blouses.

In 1956, fear of comic books was suddenly eclipsed by fear of Elvis Presley, whose pelvis would not be the last cause of moral panic. Pre-Presley panics had concerned ragtime music, "penny dreadful" novels, jazz, "penny theatres," radio and movies. By 1926, seven states and at least 100 municipalities had censors who pre-screened movies. In 1940, NBC radio banned more than 140 songs that were thought to encourage, among other evils, "disrespect for virginity." NBC would broadcast only the instrumental version of Cole Porter's "Love for Sale." Post-Presley panics about threats to children have concerned television (broadcast, then cable), rap music and the Internet.

Concern for children's sensibilities is admirable. The coarsening of the culture is a fact with many causes, but its consequences are unclear. And it can bring out a Puritan streak in progressivism.

The lawyer for the video-game industry warned the Supreme Court that "the land is awash" with contemporary versions of Anthony Comstock (1844-1915), the crusader for censorship of indecency, as he spaciously defined it. "Today's crusaders," the lawyer said, "come less from the pulpit than from university social science departments, but their goals and tactics remain the same."

Progressivism is a faith-based program. The progressives' agenda for improving everyone else varies but invariably involves the cult of expertise - an unflagging faith in the application of science to social reform. Progressivism's itch to perfect people by perfecting the social environment can produce an interesting phenomenon - the Pecksniffian progressive.

The Horror! The Horror! Comic Books the Government Didn't Want You to Read!

Email ThisBlogThis!Share to TwitterShare to FacebookShare to Pinterest
Labels: George Will, Government Regulation