Just another act of deadly treason

Yesterday, The New York Times published another front-page article based on a leaked classified document. This time, it was an order signed by Gen. David Petraeus authorizing black operations against adversaries and such dubious friends as Iran, Syria, Yemen and Saudi Arabia.

Gee, thanks. We really needed to know that. The world's a better place now.
Yet the Times' sin was the lesser one. The paper has long since given up any pretense of patriotism. (Ugh! Yuck!) Its editors are just publishing and perishing as citizens of the world.

It's whoever leaked the document that bears the burn-in-hell blame. 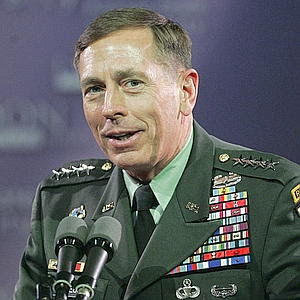 Petraeus: People will die thanks to the leak of his classified order. (AP)

We must be able to keep secrets in wartime. But we can't. Because domestic political agendas trump national security in every administration nowadays.

Exposing that seven-page classified document warned our enemies (and pseudo friends) that we've expanded our efforts to uncover terror networks and potential targets. This not only increases the virulent paranoia in the region's police states, but poses a mortal danger to agents, special operators and the innocent.

Our bravest men and women will face heightened risks and difficulties in executing their missions -- and businessmen, tourists and (did the Times think this through?) journalists will also come under greater suspicion. Innocent people and regime opponents will be executed as spies. And does anyone think that publicizing this program will help those three hikers held for a year in Iran?

In fact, there's a far greater risk of harm to blundering bystanders than to skilled operatives. The Tehran regime, especially, will use the revelation of this document as an excuse to imprison more democracy advocates -- or kill them.

Think the jerk who leaked this order considered any of these consequences? What was the benefit in handing these classified papers to a journalist? It won't help fight terror, save lives or end a war.

The document was handed over in a cynical attempt to score political points. There's no other plausible explanation. Some party hack with a security clearance believed this order would show that the Obama administration's doing something about Iran.

The only question is whether this betrayal was the act of an individual, or if it was orchestrated.

I'd hang the leaker by the neck, then cut down the body and give it a fair trial. But nobody's going to be punished. High-ranking officials can get away with manslaughter, if not murder. An Army captain would go to prison. A political appointee can expect a promotion.

This disgraceful culture of leaks isn't just a problem with Obama's disciples, of course. The previous administration frequently leaked classified material for political gain. Leaking of classified information has become just one more tool of national politics. Neither party cares a damn about protecting our secrets -- unless it can score against the other team.

As far as the actual Petraeus order goes, it's just the sort of bureaucratic document required by our system to authorize commonsense activities against our enemies. I would've been shocked had the order denied permission to collect intelligence on our enemies and conduct lethal operations on hostile ground. This is what serious security establishments do. We should have done more of it earlier.

The problem with the security breach is that it alerts our enemies. The best black operations employ diversions to draw the enemy's attention to another sphere. You want him looking east, when you're working the west. Publicizing this document shines a spotlight on our efforts.

Even the sloppiness of the reporting is offensive. The Times' reporter uses the adjectives "covert" and "clandestine" interchangeably. Yet they have profoundly different meanings.

A covert operation must be kept secret until the mission is accomplished. A clandestine program is meant to remain secret until doomsday (usually to protect sources and methods).

But accuracy doesn't matter any more than does our national security. A journalist got a front-page byline. A political hack believes that he or she made President Obama look manlier in dealing with Iran. So what if our agents and special operators were betrayed?

People will die or be jailed and tortured because of this leak. And nobody on this end will be punished. Because nobody in Washington gives a damn.

Ralph Peters' latest book is "Endless War."
Posted by jtf at 7:19 AM