Aafia Siddiqui, 36, is a Pakistani mother of three, an alumna of MIT, and a Ph.D. in neuroscience from Brandeis University. She is also accused of working for Al-Qaeda and was charged last week in New York City with attempting to kill American soldiers. 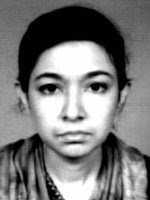 Aafia Siddiqui is accused of working for Al-Qaeda.


Her arrest serves to remind how invisibly most Islamist infiltration proceeds. In particular, an estimated forty Al-Qaeda sympathizers or operatives have sought to penetrate U.S. intelligence agencies.

Such a well-placed infiltrator can wreck great damage explains a former CIA chief of counterintelligence, Michael Sulick: "In the war on terrorism, intelligence has replaced the Cold War's tanks and fighter planes as the primary weapon against an unseen enemy." Islamist moles, he argues, "could inflict far more damage to national security than Soviet spies," for the U.S. and Soviet Union never actually fought each other, whereas now, "our nation is at war."

Here are some American cases of attempted infiltration since 2001 that have been made public:

* The Air Force discharged Sadeq Naji Ahmed, a Yemeni immigrant, when his superiors learned of his pro-Al-Qaeda statements. Ahmed subsequently became a baggage screener at Detroit's Metro Airport, which terminated him for hiding his earlier discharge from the Air Force. He was convicted of making false statements and sentenced to eighteen months in jail.

* The Chicago Police Department fired Patricia Eng-Hussain just three days into her training on learning that her husband, Mohammad Azam Hussain, was arrested for being an active member of Mohajir Qaumi Movement-Haqiqi (MQM-H), a Pakistani terrorist group.

* The Chicago Police Department also fired Arif Sulejmanovski, a supervising janitor at its 25th District station after it learned his name was on a federal terrorist watch list of international terrorism suspects.

* Mohammad Alavi, an engineer at the Palo Verde nuclear power plant, was arrested as he arrived on a flight from Iran, accused of taking computer access codes and software to Iran that provide details on the plant's control rooms and plant layout. He subsequently pleaded guilty to transporting stolen property. 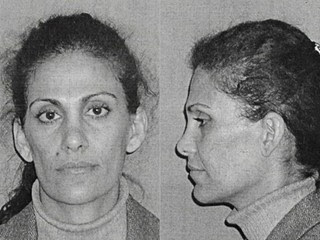 * Nada Nadim Prouty, a Lebanese immigrant who worked for both the FBI and CIA, pleaded guilty to charges of: fraudulently obtaining U.S. citizenship; accessing a federal computer system to unlawfully query information about her relatives and the terrorist organization Hizballah; and engaging in conspiracy to defraud the United States.

* Waheeda Tehseen, a Pakistani immigrant who filled a sensitive toxicologist position with the Environmental Protection Agency, pleaded guilty to fraud and was deported. WorldNetDaily.com explains that "investigators suspect espionage is probable, as she produced highly sensitive health-hazard documents for toxic compounds and chemical pesticides. Tehseen also was an expert in parasitology as it relates to public water systems."

* Nadire P. Zenelaj, 32, a 911 emergency operator of Albanian origins, was charged with 232 felony counts of computer trespass for illegally searching New York State databases, including at least one person on the FBI's terrorist watch list.

Three other cases are less clear. The Transportation Security Administration fired Bassam Khalaf, 21, a Texan of Christian Palestinian origins, as an airport baggage screener because lyrics on his music CD, Terror Alert, applaud the 9/11 attacks. FBI Special Agent Gamal Abdel-Hafiz "showed a pattern of pro-Islamist behavior," according to author Paul Sperry, that may have helped acquit Sami Al-Arian of terrorism charges. The Pentagon cleared Hesham Islam, an Egyptian immigrant, former U.S. Navy commander, and special assistant to the deputy secretary of defense, but major questions remain about his biography and his outlook.

Other Western countries too – Australia, Canada, Israel, the Netherlands, the United Kingdom – have been subject to infiltration efforts. (For details, see my weblog entry, "Islamists Penetrate Western Security.")

This record prompts one to wonder what catastrophe must occur before government agencies, some of which have banished the words "Islam" and "jihad," seriously confront their internal threat?

Westerners are indebted to Muslim agents like Fred Ghussin and "Kamil Pasha" who have been critical to fighting terrorism. That said, I stand by my 2003 statement that "There is no escaping the unfortunate fact that Muslim government employees in law enforcement, the military and the diplomatic corps need to be watched for connections to terrorism."

- Mr. Pipes (http://www.danielpipes.org/), director of the Middle East Forum, is the Taube Distinguished Visiting Fellow at the Hoover Institution of Stanford University during the spring semester.
Posted by jtf at 6:50 AM

Daniel Pipes will never talk about Jonathan Pollard and all the other Judaist (as in the Jewish parallel to "Islamist") infiltrators who regularly spy for Israel and put Israel's interests before those of the United States. Why? Because he is one of them.

At least those "Judaist" infiltrators aren't trying to blow up all our stuff...wish I could say the same for the Islamist infiltrators.