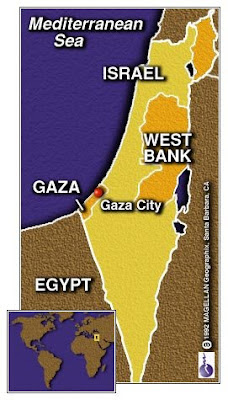 Gaza erupted in celebration last week to the news that a Palestinian had murdered Jewish religious students in Jerusalem. And almost daily terrorists send rockets from Gaza into nearby Israeli cities, hoping to kill civilians and provoke Israeli counter-responses — and perhaps start another Middle East war.

This is not the way some imagined Gaza two and half years after the Israelis withdrew both civilians and soldiers from the territory in September 2005. At the time, the Palestinian Authority controlled Gaza, but in early 2007, Hamas took over in a violent civil war, claiming legitimacy after once winning a popular election.

Gaza has plenty of natural advantages. It enjoys a picturesque coastline on the Mediterranean with sandy beaches and a rich classical history. There is a contiguous border with Egypt, the Arab world’s largest country and spiritual home of pan-Arabic solidarity.

The Palestinians are a favorite cause of the oil-rich Middle East, and would seem to be in store for at least a few billions that accrue from $100 a barrel oil. In short, an autonomous Gaza might have been a test case in which the Palestinians could have crafted their own Singapore, Hong Kong, or Dubai.

Instead, despite Palestinian rule of Gaza, Hamas has continued its civil war with the Palestinian Authority, and looters have ruined infrastructure that was left by the United Nations and the Israelis. Mobs crashed the border crossing with Egypt. Hamas-led terrorists have launched over 2,500 mortar rounds into Israel, as well as over 2,000 Qassam rockets.

We all now know the familiar Gaza two-step. The Israeli Defense Forces respond to Hamas rockets with targeted air strikes against terrorist leaders or small-rocket factories. Hamas makes certain both these targets are intermingled with civilians in the hopes of televised collateral damage.

Hamas counts on the usual sympathetic European and Middle Eastern media coverage and commentary. Terrorists deliberately trying to murder Israeli civilians are seen as the moral equivalents of Israeli soldiers trying to target combatants who use civilians as shields. To the extent that the IDF kills more of the terrorists than Hamas kills Israeli civilians, sympathy goes to the “refugees” of Gaza. 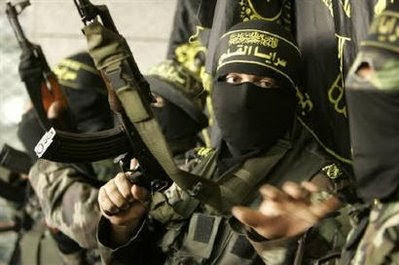 This tragic charade continues because Hamas wants it to continue. Its purpose is to make life so unsure and frightening for nearby affluent Israelis that they will grant continual concessions, hopefully leading to such wide-scale demoralization that the Jewish state itself will collapse and disappear. In that regard, the last thing Hamas wants is calm and prosperity in Gaza, which would turn the population’s attention toward living rather than killing and dying.

Hamas in Gaza also feels that the war is not static — and that it is already winning on all fronts. As Europeans, Middle Easterners, and the United Nations lecture Israel about “inordinate” or “disproportionate” responses, the terrorists’ smuggled missiles increase in range, payload and frequency of attack.

Hamas has gained powerful patrons in Iran and the Lebanese Hezbollah. Both provide terrorist training and weapons as long as Gaza serves as a useful proxy in their own existential struggles against Israel.

On the world front, we’ve reached a new threshold in which evoking the destruction of Israel and the killing of Jews has become commonplace and almost acceptable. Hezbollah’s leader, Hassan Nasrallah, publicly brags about hoarding the body parts of captured Israelis. Iran’s President Mahmoud Ahmadinejad openly talks of Israelis in Hitlerian terms as “filthy bacteria” that should be wiped off the map.

Palestinians in Gaza can enshrine mass murderers and praise terrorist killers without much worry that the world will be appalled at their grotesque spectacles — much less cease its sympathy and subsidies.

Imagine tomorrow that all of the above nations told the Gazans that their dispute is no more or less important to the world than similar land quarrels in Cyprus or Azerbaijan; that they are no more or less deserving of international money and sympathy than are the Chechnyans or Uighurs or the Muslims of Kashmir; or that the Israelis have as much right as the Chinese, Indians or Russians to retaliate and put down neighboring Islamist attacks. Then the crisis would shortly recede from the world’s attention.

And Hamas in Gaza would either begin negotiating and building Palestinians’ own civil society — or face the sort of typical Chinese, Russian, or Indian retaliation that Israel is quite able to unleash.