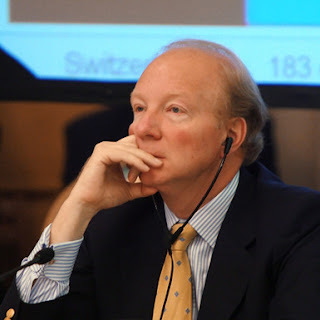 A French Lesson for George W. Bush
by Srdja Trifkovic

The head of France’s newly established Ministry of Immigration and National Identity, Brice Hortefeux, has ruled out the possibility of mass legalization of illegal immigrants, saying that government policy would be firm and pragmatic.

In line with his Ministry’s avowed task to control the inflow of immigrants and protect French values and cohesion, he declared that “massive legalization” is out of the question because “it doesn’t work.” Announcing a policy guided by “firmness and humanism,” he announced tough new quotas for the number of illegal immigrants authorities should arrest and expel each month.

In a meeting with security officials, Hortefeux reiterated President Sarkozy’s goal of 25,000 expulsions by the end of 2007, and he set a year-end goal of 125,000 arrests for illegal entry or illegal residence. He also stressed the need to expand the system of paying illegal immigrants to return to their country of origin of their own accord. Those volunteering to leave, as part of a program started in late 2005, usually receive $4,700 per couple, with $1,350 each for the first three children.

Prime Minister Francois Fillon echoed his minister’s announcement by declaring that “Europe is no El Dorado,” and announced that “the French Republic will be extremely firm. It will ensure laws are applied . . . Generosity is not opening wide the borders without thought for how people will integrate, how they will live, how they will subsist.”

Such statements and policies are in marked contrast to the bipartisan clamoring for mass amnesty of unkonwn millions of illegal aliens in the United States, justified by the deterministic claim that “they are here to stay anyway”—and motivated either by greed, or by the cultural-Marxist ideology of revolutionary transformation through “multiculturalism.”

It should be noted that before the energy crisis of the 1970s France resembled the United States, rather than the rest of Europe, in that it encouraged permanent immigration. Unlike the United States, however, the political class in France has responded to the evident inability or unwillingness of millions of (primarily Muslim) immigrants to integrate into the host society by legitimizing the debate about identity, culture, legality, and the link between immigration and national security. The views that would be routinely branded as “nativist” or “racist” by the dominant elite in this country, such as immigration zéro, were embraced by then-Prime Minister Edouard Balladur as far back as 1993.

Le Pen was defeated in the second round of the presidential election in May 2002, but he did come second (imagine Buchanan, or someone like Buchanan, doing that here!) and his ideas have had such an impact that he has accused Sarkozy of stealing them. And unlike the United States, where businesses, labor unions, ethnic interests and the Left have forged an unholy alliance that jointly lobbies for open-door policy and blanket amnesties, there are no major pressure groups in France advocating greater immigration. Employers are subjected to rigorous fines if caught hiring illegals, labor unions are loath to allow further erosion of wages, and immigrant lobbies’ inevitable Islamism makes broader alliances unlikely.

While many French conservatives do not trust Sarkozy and suspect that this seasoned operator will turn out to be just another consensus politician, his very pragmatism may prompt him to let M. Hortefeux carry out his promises and pursue a sanguine immigration policy. His neo-Lepenist rhetoric yielded tangible political dividends in the second round of the presidential election last month, and he must know that softening the stand on immigration could cost him a fifth of the residual FN vote in the future—without wooing any Socialist supporters to his camp in return.

The emerging new consensus in France is a direct consequence of the riots almost two years ago. The country used to pride herself on her ability to turn outsiders into Frenchmen, but that was possible when most of them were Italians and Spaniards, Poles and Russians . . . who were culturally assimilable. They came in tens of thousands, hundreds of thousands even (notably the Pieds-Noirs after the fall of Algeria, many of them non-French Southern Europeans), but not in the millions. The Muslims did, and it is estimated that they now account for over ten percent of France’s population and a quarter of all newborns. They live in compact communities in which it is no longer possible to buy wine in a local store. Their leaders regard their faith and culture as superior to that of the host society. Those who have doubts wisely keep quiet, or else risk a knife slash across the face.

M. Fillon’s “extreme firmness” may well be France’s last chance to stem the tide: over three million new voters, at least half of them Third World immigrants, have been added to the electoral roll following the rioting in October-November 2005; another two million will follow suit before the next election. They are voting, as their counterparts in America vote, for the parties reconciled to or actively supportive of the nation’s eventual self-liquidation. A mere one percent of eligible Muslim voters, to take but one example, cast their ballot for Sarkozy last month, compared with over 90% for his opponents. They are the unnatural allies of that half of the French electorate which is dependent on the state for wages, benefits or pensions. In 2012 they will present a formidable force in favor of reestablishing the statist status quo.

Whether Sarkozy will make a serious attempt to prevent such outcome remains to be seen. For now, however, we can only wish President Bush would say or do some of the things that French government ministers have been saying and doing over the past week.