(With the release of Bob Dylan's Rolling Thunder Review box set I thought it prudent to present another angle on the subject of Mr. Dylan's song "Hurricane" - jtf) 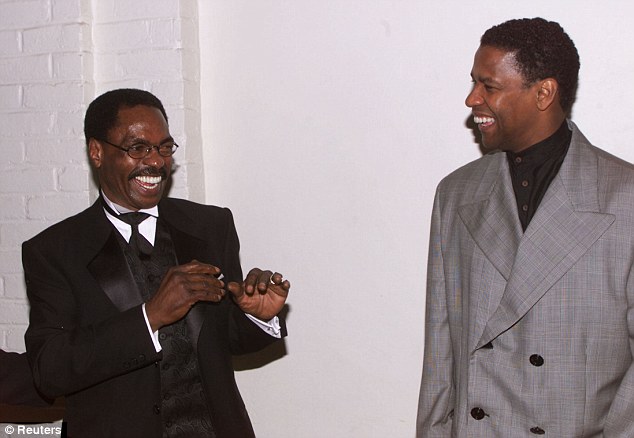 Rubin "Hurricane" Carter has died. Sympathetic obituaries say things like "wrongfully convicted" or "exonerated." But the black middleweight-title-contending boxer was neither.


Carter, in 1966, murdered three people. But Hollywood later made a movie, "Hurricane," in which Denzel Washington brilliantly portrayed Carter as a wrongfully convicted near-saint, hounded mercilessly by a determined, racist detective. Excellent moviemaking, but it adds more sludge to the widely held notion of the "racist criminal justice system" that supposedly "warehouses" black males for no reason other than wrong place, wrong time, wrong skin.
So, what really happened that night in Paterson, N.J., when three people were shot and killed? Why did Carter get prosecuted? Was Carter, as the media continue to say, an "innocent man" who was "wrongfully convicted"? Did the courts "exonerate" him?
In the film, Carter possesses near-sterling integrity, character pure and even noble. It shows Carter losing his middleweight title fight to champion Joey Giardello. The apparently bigoted judges gave the decision to Giardello, though the movie shows Carter pummeling him in the latter rounds.
One summer night in 1966, two black men burst into a bar in Paterson and killed three whites. In the movie, the police arrested Carter for virtually no reason. No physical evidence linked him to the crime. An evil detective, obsessed with nabbing Carter, spearheaded this travesty of justice, and Carter was convicted — twice.


Now the facts. Rubin "Hurricane" Carter was a self-admitted street thug, having spent several years in juvenile detention for muggings. On the eve of his 1964 middleweight title fight, he bragged in the Saturday Evening Post about his savagery: "I stuck a man with my knife. I stabbed him everywhere but the bottom of his feet." Carter also said he and a friend "used to get up and put our guns in our pockets. ... Then we'd go out in the streets and start fighting — anybody, everybody. We used to shoot at folks." While briefly out of prison and awaiting his second trial, Carter viciously beat the woman who had worked tirelessly to free him after the first conviction.
No evidence linking Carter to the crime?


One murder victim survived long enough to provide a sketch artist with a description. This never made it into the trial because authorities failed to obtain a "deathbed declaration" since they thought the victim would survive. She did not, and without the declaration, her testimony was not entered.


But the victim, Hazel Tanis, a 56-year-old waitress and soon-to-be grandmother, was shot four times with a .38 caliber and once with a shotgun. The New York Times wrote: "Her daughter, Barbara Burns, stayed with her for 28 days as she struggled to survive, her midsection shredded by bullets. ... Ms. Burns re-enacted her mother's begging for mercy on the bar floor: 'Why are you doing this? I'm a mother. These are innocent people.' (Co-defendant) John Artis hesitated, and Carter said: 'Finish her. Finish her.' With fresh fury, she recalled her mother's words: 'You don't look a man in the eyes and plead for your life and forget what he looks like.'''

An eyewitness ID'd the killers and their getaway car. Within minutes, the police apprehended Carter driving a car that matched the description. According to New Jersey Star-Ledger columnist Paul Mulshine, police found two bullet shells in Carter's car, shells that fit the weapons used in the shootings.
During the first trial, Carter presented several "alibi" witnesses, who placed Carter elsewhere at the time of the crime. During the second trial, however, many of Carter's "alibi" witnesses changed their testimony, stating that Carter had bribed them.
In the movie, a Carter defender states that two "all white" juries found Carter guilty. False. The second jury contained two blacks.


Although not mentioned in the movie, Carter publicly claimed he passed a lie detector test. Not so, says Jim DeSimone, son of the now deceased out-to-get-Carter detective portrayed in the film. DeSimone says that Carter flunked a lie detector test. Moreover, the authorities offered Carter, on the eve of the second trial, a chance to take a second test. Pass it, they said, and we drop the charges. Carter refused.
Did the boxing judges steal the middleweight title from Carter in an act of racism?
His opponent, Giardello, shown handed a victory he did not deserve, sued the movie for defamation. He received a settlement, including changes in the film. At his death in 2008, a Los Angeles Times obituary read: "Most contemporary observers and boxing historians agree (the Carter fight) was a hard-fought contest won by Giardello.
Finally, was Carter "exonerated"?
Judge Lee Sarokin set aside Carter's second conviction after nine years. He ruled that the prosecution erred in advancing a motive theory not, according to the judge, supported by the evidence. The prosecution, noting that Carter had already served 19 years and that several witnesses were then deceased, declined to try him a third time. That is not "exoneration."
Don't think there will be a sequel.
Larry Elder is a best-selling author and radio talk-show host. To find out more about Larry Elder, or become an "Elderado," visit www.LarryElder.com. Follow Larry on Twitter @larryelder. To read features by other Creators Syndicate writers and cartoonists, visit the Creators Syndicate Web page at www.creators.com. 
Media missed the real story of the late Hurricane Carter-


https://www.nj.com/opinion/2014/04/spare_us_the_lies_about_the_late_hurricane_carter_mulshine.html
Posted by jtf at 11:40 PM