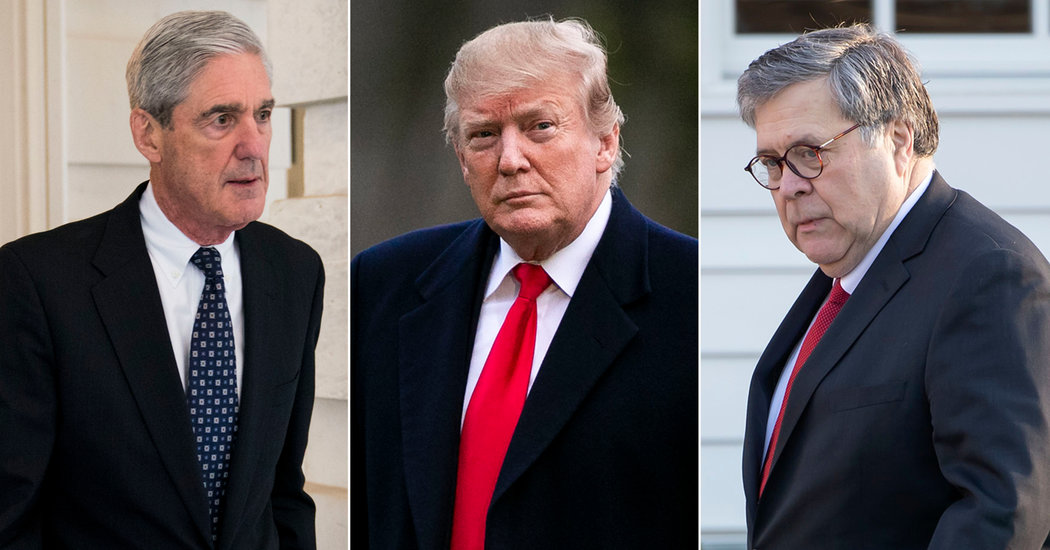 The most remarkable thing about special counsel Robert Mueller’s 448-page report is how blithely the prosecutor reversed the burden of proof on the issue of obstruction.
To be sure, President Trump’s conduct outlined on this score isn’t flattering, to put it mildly. For example, the special counsel’s evidence includes indications that the president attempted to induce White House Counsel Don McGahn to fire the special counsel (in June 2017), and then (in January 2018) to deny that the president had made the request.
Mueller’s report further suggests that the president dangled pardons. He made ingratiating comments about Paul Manafort, Michael Flynn and Michael Cohen when they appeared to be fighting the cases against them (and presumably fighting the prosecutor’s efforts to get them to cooperate) but then turned on Flynn and Cohen when they decided to plead guilty and provide testimony for Mueller.
On the other hand, there is evidence that cuts sharply against obstruction. The president could have shut down the investigation at any time, but he didn’t. He could have asserted executive privilege to deny the special counsel access to key White House witnesses, such as McGahn. To the contrary, numerous witnesses were made available voluntarily (there was no need to try to subpoena them to the grand jury), and well over a million documents were disclosed, including voluminous notes of meetings between the president and his White House counsel.
Most important, the special counsel found that there was no collusion between the Trump campaign and Russia, and that the president’s frustration wasn’t over fear of guilt — the typical motivation for obstruction — but that the investigation was undermining his ability to govern the country. The existence of such a motive is a strong counter to evidence of a corrupt intent, critical because corrupt intent must be proved beyond a reasonable doubt in an obstruction case.
In his report, Mueller didn’t resolve the issue. If he had been satisfied that there was no obstruction crime, he said, he would have so found. He claimed he wasn’t satisfied. Yet he was also not convinced that there was sufficient proof to charge. Therefore, he made no decision, leaving it to Attorney General William Barr to find that there was no obstruction.
This is unbecoming behavior for a prosecutor and an outrageous shifting of the burden of proof: The constitutional right of every American to force the government to prove a crime has been committed, rather than to have to prove his or her own innocence.
This is exactly why prosecutors should never speak publicly about the evidence uncovered in an investigation of someone who isn’t charged. The obligation of the prosecutor is to render a judgment about whether there is enough proof to charge a crime. If there is, the prosecutor indicts; if there is not, the prosecutor remains silent.
If special counsel Mueller believed there was an obstruction offense, he should have had the courage of his convictions and recommended charging the president. Since he wasn’t convinced there was enough evidence to charge, he should have said he wasn’t recommending charges. Period.
Anything else was — and is — a smear. Worse than that, it flouts the Constitution.
Andrew McCarthy, a former federal prosecutor, is a contributing editor of National Review.
Posted by jtf at 7:38 AM